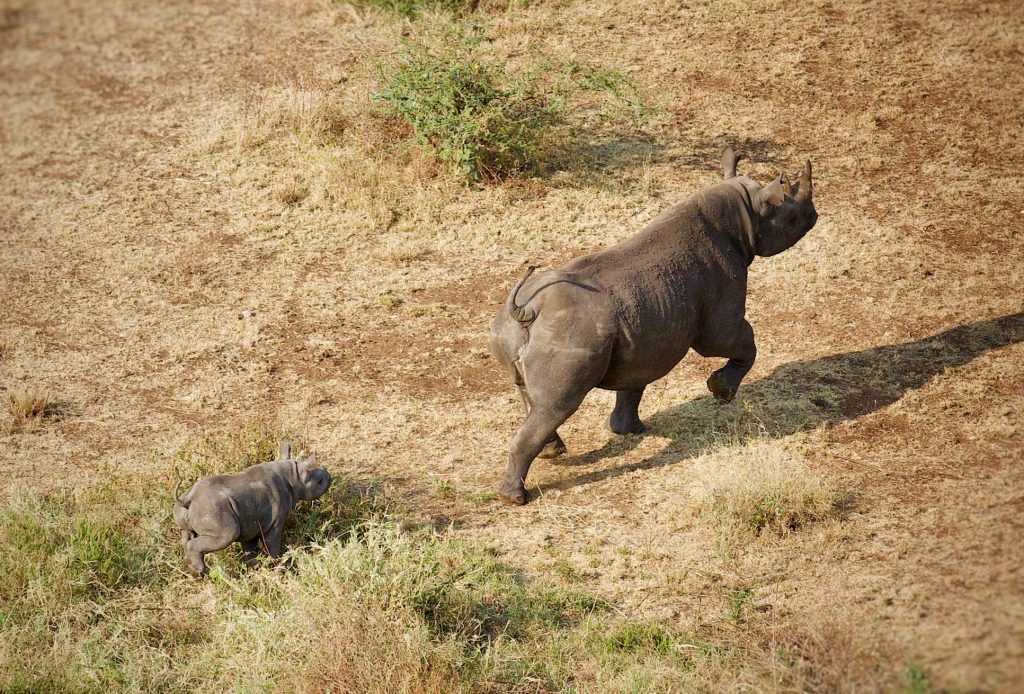 Singita Grumeti, Tanzania, 2020-Aug-19 — /Travel PR News/ — From a population of approximately 10,000 eastern black rhino in 1970 to less than 1,000 left in the world today, this species is critically endangered. The Grumeti Fund, Singita’s non-profit conservation partner in Tanzania, recently celebrated the birth of a black rhino calf – the first in the region in decades. This calf’s birth represents the culmination of years of hard work, strategic partnerships and the technical ability to successfully relocate black rhino over long distances to new habitats.

Since its inception in 2002, the Grumeti Fund’s main goal has been returning eastern black rhino to the western Serengeti; thereby establishing a founder population that contribute to the genetic pool bolstering the greater Serengeti-Mara ecosystem’s rhino population.

In the 1970s, rampant poaching decimated numbers by 99% and some animals were removed from East Africa, with the intention of saving the species and returning them to their rightful home. Singita Grumeti, a 350,000-acre protected area in the Western Serengeti in Tanzania, has seen a significant reduction in poaching thanks to the Grumeti Fund’s dedicated anti-poaching efforts, which includes a special operations task team of highly-skilled individuals, an intelligence-gathering unit, mobile patrols, a canine unit and an airwing.

In 2019, the Grumeti Fund, in partnership with government stakeholders – primarily the Ministry of Natural Resources and Tourism and the Tanzania Wildlife Management Authority (TAWA) – translocated a breeding nucleus of rhino from an out-of-range population in South Africa.

Following an arduous journey in crates, trucks and airplanes, nine black rhino arrived safely in Tanzania in September 2019. After a few months acclimatising in rhino bomas (enclosures), they were successfully released in November 2019. Lindiwe – meaning “awaited” – one of the females relocated from South Africa, has given birth to her first calf in June 2020, and the pair are thriving under the watchful eye of the aerial and ground teams.

Now that the annual wildebeest migration has moved into the area – with well-fed predators and grasses low – monitoring the mother and calf is easier and the risk of predation is reduced. The wellbeing of the animals is the full-time job of the rhino monitoring team – a combination of Grumeti Fund and TAWA personnel. Aerial and mobile units track the rhino regularly, logging their locations in EarthRanger (the real-time data visualisation platform developed by Vulcan Inc.) that collects data on assets, incidents and wildlife reports across the protected area.

“We hope that a few more calves will be born. The speed at which their numbers are rebounding is very encouraging,” said Stephen Cunliffe, Executive Director of the Grumeti Fund. “There have been hardships along the way, but it’s all worth the significant effort and investments of donor funding because, at this point, the population is increasing. To all who have been a part of this ambitious and visionary project, thank you! You are part of a great comeback story.” 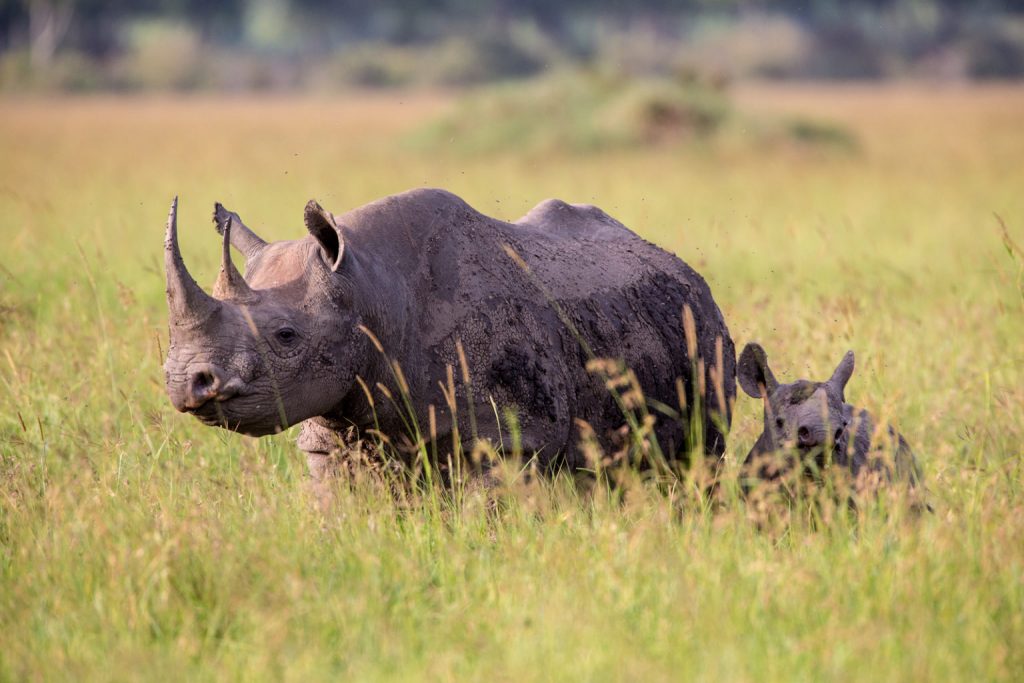 “Lindiwe”, one of the females relocated from South Africa last year, gave birth to her first calf in June 2020

Plans to translocate the next group of black rhino to Grumeti in 2020 have been derailed by the Covid-19 pandemic. However, the next phase will take place in 2021. The steady growth of the new satellite population at Singita Grumeti is essential to their future survival.

Support Singita in its efforts to raise USD 500,000 for the Grumeti Fund’s historic translocation and please visit https://singita.com/donations/?project=26211 to make a donation.

Singita is a conservation and ecotourism brand that has been helping to preserve Africa’s wildlife and wilderness for the past 27 years, offering guests exceptional safari experiences at 15 luxury, award-winning lodges and camps across four countries. In partnership with non-profit Funds & Trusts who implement strategic conservation projects in each region, Singita’s 100-year purpose is to preserve and protect large parts of African wilderness for future generations. www.singita.com

The Grumeti Fund is a non-profit organization carrying out wildlife conservation and community development work in the western corridor of the Serengeti ecosystem in Tanzania. Our vision is a world in which people and wildlife live together sustainably, forever.

Today 165 dedicated staff protect, manage and monitor the Grumeti concession where the near-barren plains of 15 years ago teem with wildlife once more. Their passion and commitment are driven by a history and led by a mission. www.grumetifund.org.

Enquiries can be sent to Lisa Carey, PR & Communications Manager