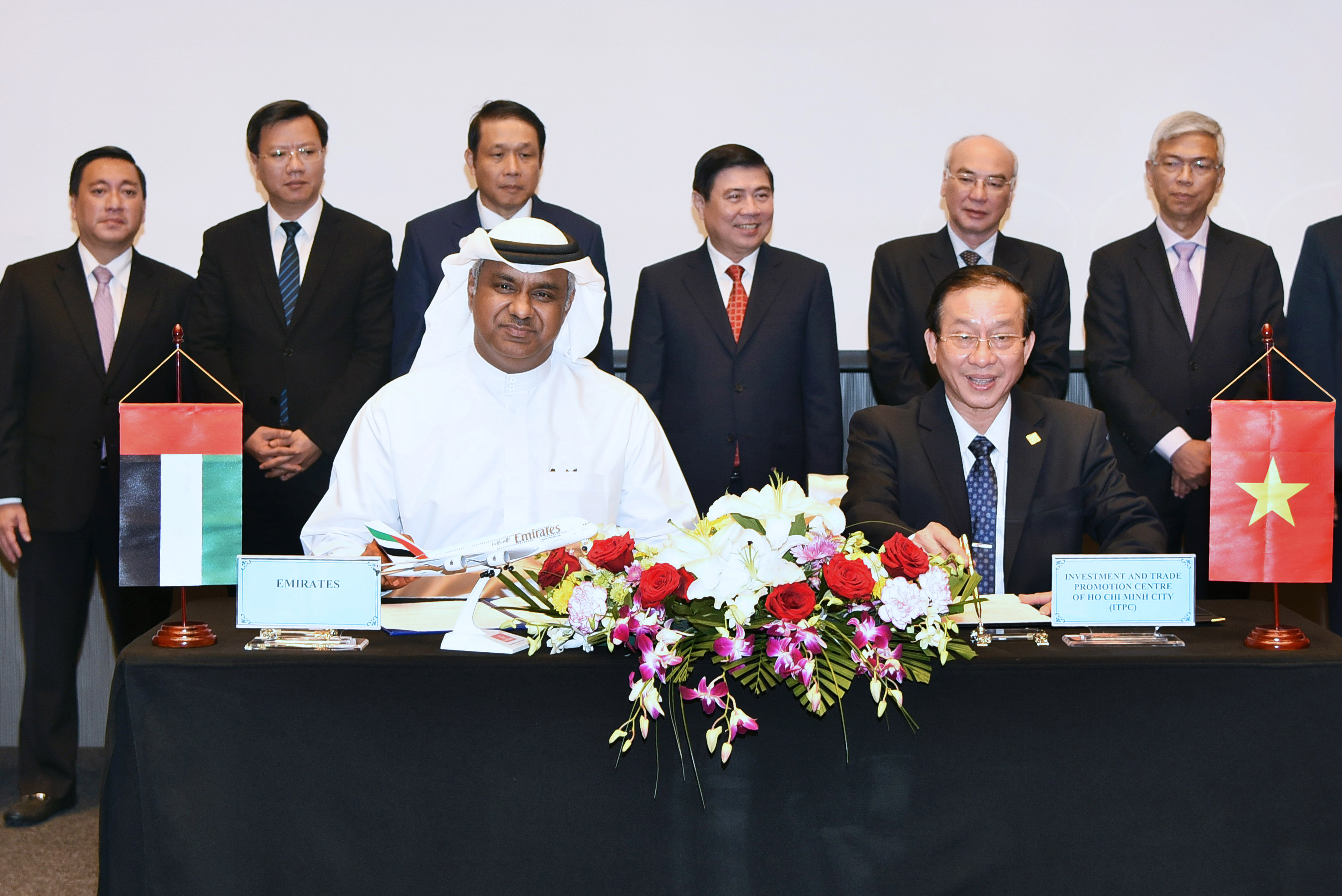 Emirates SkyCargo has played a key role in supporting trade between Vietnam and the rest of the world since the start of its operations in Hanoi in 2008. Over the last decade, the air cargo carrier has scaled up the number of freighter and passenger flights to Ho Chi Minh City and Hanoi, offering incremental support to Vietnamese businesses in reaching out to their global customers. Through its partners, the air cargo carrier has also been able to successfully support businesses from other Vietnamese cities such as Da Nang.

During the financial year 2017-18, Emirates SkyCargo transported close to 50,000 tonnes of Vietnamese exports and imports. This was an increase of close to 66% in the amount of cargo carried in the year 2015-16. This trend is in keeping with the overall growth of trade in Vietnam. It is estimated that value of exports and imports from the country grew by 13% in the first half of 2018 as compared to the same period in 2017*.

Emirate SkyCargo’s vast network of over 160 destinations has also helped Vietnamese exports reach new markets. In 2017, Emirates SkyCargo supported a near fivefold increase in the volume of perishables such as rambutans and lychees from Vietnam to Dubai working in close cooperation with Vietrade. Currently Emirates SkyCargo offers a total weekly cargo capacity of well over 1400 tonnes for exports and imports to Vietnam.

Over the last five years, Emirates SkyCargo has transported close to 47,000 tonnes of exports from Ho Chi Minh City. The main commodities transported from the region include fruits and vegetables, garments, sporting apparel and fresh fish. Emirates Fresh, the carrier’s specialised solution for perishables, ensures that all perishables travelling from Vietnam retain maximum freshness during their journey. In addition to its daily passenger flights, customers can also transport their cargo on two weekly freighter services from Ho Chi Minh City.

Emirates SkyCargo also has a strong record of supporting trade and the manufacturing sector in Hanoi having transported about 65,000 tonnes of exports in the last five years. As a large volume of the exports from the city include electronic goods such as mobile phones and other devices, Emirates SkyCargo has also paid special attention to developing the safety and security of these shipments travelling from Hanoi over its global network.

Emirates SkyCargo is the freight division of Emirates and is also the world’s largest international cargo airline measured by Freight Tonne Kilometres. The air cargo carrier operates a modern fleet of 270 aircraft including 14 freighters- 13 Boeing 777 Fs and one Boeing 747F.

Key facts and figures of Emirates SkyCargo in Vietnam

Emirates SkyCargo is the largest international airline cargo operator in the world. With an unrivalled route network, we connect cargo customers to over 160 cities across six continents and operate in many of the world’s fastest developing markets. Our cargo hold capacity comprises Emirates’ fleet of over 265 aircraft, including 14 freighters – 13 Boeing 777-Fs and one B747F.

Emirates SkyCargo operates state-of-the-art cargo facilities at its dual hub locations in Dubai International Airport (DXB) and Dubai World Central (DWC) with cargo being moved 24/7 by truck between the two airports via a bonded virtual corridor.

Visit www.emiratescargohub.com for the latest news and insights from the global air cargo and logistics industries.