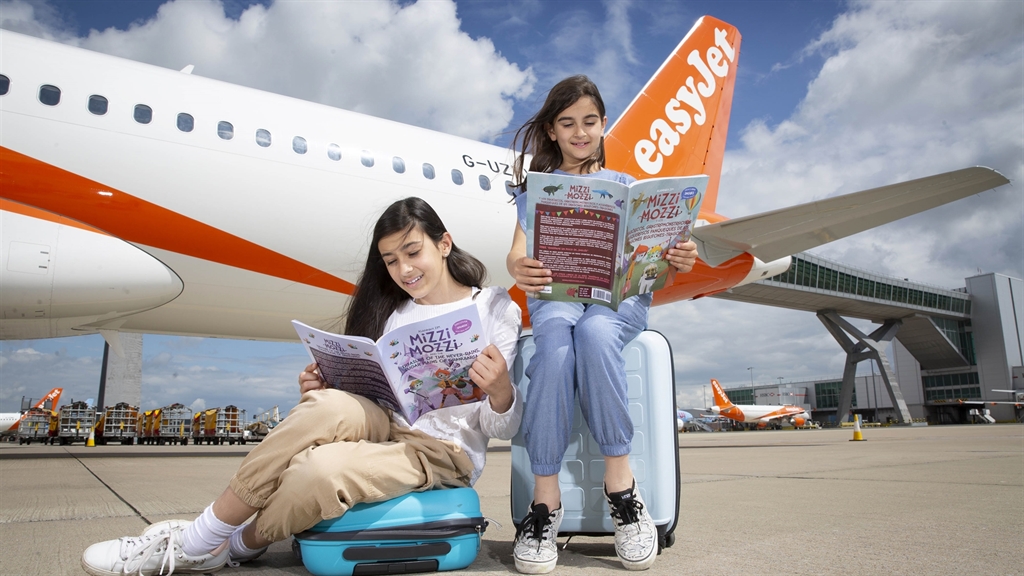 London, UK, 2021-Jul-30 — /Travel PR News/ — easyJet is offering free access to Mizzi Mozzi language-learning ebooks onboard its entire network after uncovering that 82% of British parents are concerned their children have missed out on exposur…

Airline easyJet is today (JULY / 26 2021) launching a new in-flight learning initiative to encourage children to pick up a new language this summer at 35,000ft.

The new partnership with children’s book series Mizzi Mozzi, offers a selection of free digital books onboard. Available across easyJet’s entire network, young passengers can choose from a collection of interactive stories that encourage them to discover foreign languages, including French, Spanish, Italian, German, Portuguese, Greek and English.

The campaign follows new research which reveals eight in 10 (82%) British parents are concerned their children have missed out on exposure to new cultures, experiences and languages as a result of foreign travel restrictions being in place for the past 18 months.

The research pinpoints that lack of exposure to foreign languages ranked highest on parents’ concerns as a whopping 90% of those surveyed believe being able speak a second language is vital to child development.

The new study by airline easyJet, which polled 2,000 parents with children under the age of 18, identified, however, that over half (53%) of parents believe learning languages can be too difficult for their children. To help parents and families address this gap, easyJet’s new in-flight learning initiative to aims to make picking up a language easier with our onboard digital book selection this summer.

Despite this, the overwhelming majority of parents (91%) believe it is important for children to speak a second language. A similar 90% think that being able to speak a foreign language will enhance career opportunities and boost employability for their children, with more opportunities to pursue careers overseas, too.

Research also reveals that well over two-thirds (71%) of parents fear their children have missed out on being immersed in foreign language due to travel restrictions enforced by the pandemic, which they believe is vital to child’s development.

Other key issues highlighted in the research arising from the pandemic is children missing out on experiencing different cultures (45%), visiting museums or historical places (34%), learning about geographical points of interest (31%), witnessing cultural events (28%) and trying foreign cuisine (25%)

Well over four fifths (88%) of British parents think exposure to new cultures is one of the most important aspects of a child’s development.

“easyJet is excited to be taking as many families as we can on that long-awaited family holiday this summer. Kids around Europe have missed out on so much in the past 18 months, including learning about different cultures and languages whilst visiting foreign places. That’s why we are delighted to be relaunching our Flybraries service onboard all our flights this summer to help kids learn languages whilst flying with us.

“We know travel has the power to inspire and provide rewarding and memorable experiences for children of all ages so we are thrilled to team up with Mizzi Mozzi and Nebra Sky to introduce new, interactive ways for our customers to spend their time onboard with us.”

The Mizzi Mozzi ebooks are designed to spark curiosity, and bond families and learning together through unexpected tales, whether meeting “Muffly Mini-Mammoths” on the moon, flying with “Flip-Flop the flipper-flopper” helicopter or chasing “Lekko Lizzle-Slizzer” the orange chameleon through a lush jungle.

easyJet is offering the first two books out of the new Mizzi Mozzi digital series for free, a total of 84 titles spread across seven language combinations, to enjoy before arrival. Customers simply scan the QR code on the seatback in front of them before take-off, download the app for free, choose the language they would like to discover and download the selected books before take-off.

2,000 British children (aged under 18) were also polled as part of the study and, despite the fact that Britain is the worst country in Europe for learning a new language*, 89% of those surveyed said they wanted to speak a second language.

91% said they enjoy learning about different cultures and 88% said they like trying to use local lingo when abroad on holiday.

85% of those surveyed said they thought learning a second language was important to their future job prospects and 80% believe in the future everyone will need to speak at least two languages as the world becomes kore connected and open.

According to the European Commission 62% of Brits can’t speak any other language apart from English, 38% of Britons speak at least one foreign language, whilst 18% speak two.

Friends of Mizzi Mozzi, easyJet’s Holiday Helpers, will be available at London Gatwick during peak travel times throughout the summer to help travellers navigate through departures and arrivals safely, quickly and most importantly, enjoyably. The initiative will offer support for holidaymakers travelling with young children and hand out stickers with Mizzi Mozzi QR-coded stickers, customised activity books and colouring pencil kits, and even be dressed in QR-coded clothing for downloading the free books before boarding.