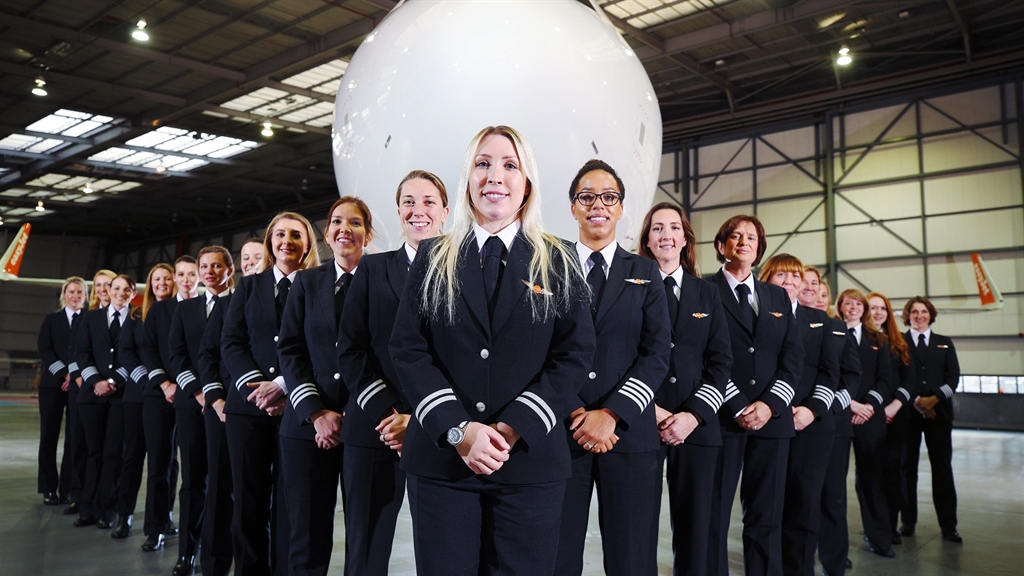 Teachers, schools and parents can request a virtual visit from an easyJet pilot, who will join classrooms and assemblies via video link, providing young people across the UK with the opportunity to find out what the job of a pilot is really like and importantly, with many of the airline’s female pilots fronting the programme, to show them it’s a job for everyone.

The airline has launched its virtual school visits on International Women’s Day, with this year’s theme #ChoosetoChallenge highlighting the importance of calling out gender bias. Recent research conducted by easyJet showed that around half of British children (51%) still believed their career choices were biased towards traditional male and female jobs, suggesting that gender stereotypes are still having an impact on children’s career aspirations and that the work to challenge this starts in schools.

The study of 2,000 British parents and children aged six to 16 was commissioned by the airline before the pandemic, as part of its Amy Johnson Initiative to encourage young people to think beyond stereotypes by championing female pilots of the future – a career which is overwhelmingly male with around 95% of pilots being male worldwide.

Almost half (49%) of British male parents surveyed considered a pilot career as a child, in comparison to just 17% of female parents. Whilst results showed an uptake of interest in piloting, today’s generation display a similar disparity as over five in ten (54%) boys contemplate a pilot’s role in contrast to only 27% of girls.

Gender stereotyping was a source of regret for many of the parents, as almost three-fifths (58%) admitted to choosing their own career in order to conform to a role expected of their gender. Whilst there has been growth in breaking down gender stereotyping in employment, two-fifths (40%) of British parents expressed concern that their child’s future career aspirations could be limited by gender stereotypes.

Of the parents that took part, 79% agree that schools should help dispel gender stereotypes around employment at an early age. The airline has also seen that positive childhood role models; like TV and film stars, family members, and meetings with real pilots, were vital to inspiring young people to consider the career, and critical to challenging these stereotypes.

Since 2017 easyJet pilots have visited over 400 schools and colleges across Europe and with the launch of its virtual pilot visits, the airline will ensure the important work to highlight visible female role models in schools can continue, despite the restrictions of the pandemic. The first virtual visit is taking place today (8 March 2021) at Bourn Primary School in Cambridge who will receive a visit from Captain Iris de Kan to learn more about her job, with more virtual visits planned for the coming weeks.

The airline launched its Amy Johnson Initiative in 2015, named after the pioneering British aviator, to help redress the industry’s gender imbalance in the pilot community. Alongside pilot visits to schools, youth and aeronautical organisations, the airline has also worked with pilot training partners to offer scholarships and run media awareness campaigns. In 2018 the airline partnered with Girlguiding to sponsor the Aviation Badge for Brownies to get girls interested in flight at an early age. To date over 18,000 girls aged seven to 10 have completed or are working towards their Aviation Badge.

As a result of its Amy Johnson Initiative, easyJet has more than doubled the number of female pilots with the airline since 2015 to over 260 female pilots today. While easyJet’s female pilot numbers continued to increase in 2020, the effect of the pandemic on the travel industry and on pilot recruitment will impact the ability for more women to join the airline as pilots in the short term. The airline is therefore focusing on making the pipeline of future aviation talent more diverse, by continuing to raise the profile of the career in schools to ensure there is diverse community of aspiring pilots to recruit and drive a shift in gender balance for the future.

The airline’s pilot virtual school visits programme comes as schools return to the classroom and follows the launch of easyJet’s ‘Flightsize’ online lessons earlier this month to help parents juggling home schooling and home working in lockdown, to keep kids entertained and engaged with free educational videos fronted by the airline’s pilots.

Johan Lundgren, CEO of easyJet, said: “Improving the gender balance in the pilot community has been a real focus for easyJet and we believe that no other airline has been doing more on this issue. We have been encouraged by our work through our Amy Johnson initiative so far which has driven tangible results in more than doubling the female pilots now flying for us.

“However, the pandemic has impacted pilot recruitment in the short-term until the industry recovers as this means we will not be recruiting in the same numbers as we were pre-pandemic for some time. That’s why we are focusing now on making the pipeline of future aviation talent more diverse continuing to lead the way in challenging gendered stereotypes of the career by providing support, information and role models for young women and girls.

“It is clear from our research that changing perceptions and ambitions for women starts in school which is why we’ve launched our largest ever pan-European school virtual school visits programme. And whilst this will drive change, we shouldn’t be under any illusions this will be overnight, nor will it be enough; this is the start of a long-term strategy, but I am confident it is one which will lead to us starting to change the face of our industry.”

EasyJet pilot Captain Iris de Kan, commented: “It’s important that girls have visible role models so we can challenge gendered biases of jobs and show that being a pilot can be for anyone with the motivation and passion to do it. So, even though we can’t visit in person right now, we’ll continue to keep up the important work of our Amy Johnson Initiative to encourage more girls to consider a pilot career in the future so we can continue to redress the industry-wide gender imbalance in the long term.”

Transport Secretary Grant Shapps said: “I know from personal experience that piloting a plane is fantastic experience, and as Transport Secretary I have heard first-hand how rewarding and exciting it can be as a career. This is why we need to challenge stereotypes and to teach children about great female aviators from history, like Amy Johnson, to remind us that flying is not just a man’s game and that the world of aviation has opportunities for everyone.

“This scheme will play a valuable role in ensuring that diversity and inclusion are at the core of our aviation sector as it builds back out of the pandemic, stronger and more representative than before.”