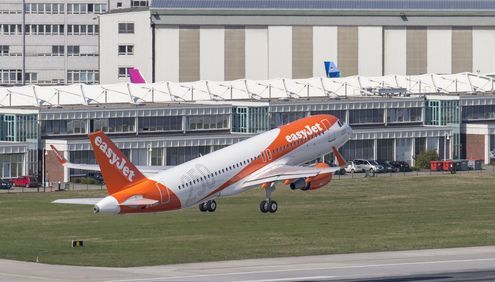 First Austrian-registered aircraft flying from Luton to Vienna this morning

Remaining EU27 based aircraft to be re-registered by March 2019

Luton, United Kingdom, 2017-Jul-22 — /Travel PR News/ — easyJet can confirm that it has been awarded an Air Operator Certificate (AOC) by Austro Control and an airline operating licence by Austria’s Federal Ministry for Transport, Innovation and Technology (bmvit) which means that easyJet Europe is now operational.

easyJet will phase the re-registering of the remaining  aircraft, around 110 planes, that are required for its EU based operations into easyJet Europe over the next two winters.  This process will be completed in advance of the UK leaving the EU.

easyJet Europe’s principal place of business will be in Vienna and the management of easyJet Europe will have full operational control and financial oversight of the company. Thomas Haagensen, currently easyJet’s Country Director for Germany, Austria and Switzerland has been appointed to the role of Managing Director for easyJet Europe.

“Today’s announcement is the result of an extensive and thorough regulatory process in Austria and I am pleased to confirm that easyJet Europe is now flying with its first flight touching down in its new headquarters of Vienna this morning.

“easyJet Europe has a strong management team in place, led by Thomas Haagensen, who will oversee the transfer of the planes and people to the airline. This will ensure easyJet can continue to operate flights both across Europe and domestically within European countries after the UK has left the EU.”

“In addition, like all other European airlines, we continue to lobby for an EU UK aviation agreement which, as a minimum, will enable flights between the EU and the UK.”

“As the process of re-registering easyJet’s EU27 aircraft to the Austrian AOC continues over the coming months, I look forward to working with my team and Austro Control to ensure that easyJet Europe’s operations continue to meet the highest operational and safety standards.”

easyJet flies on more of Europe’s most popular routes than any other airline. easyJet carries 78 million passengers annually, of which around 20% are travelling on business. easyJet flies over 270 aircraft on more than 800 routes to over 140 airports across 31 countries. More than 300 million Europeans live within one hour’s drive of an easyJet airport.