Belfast, Northern Ireland, 2013-11-6 — /travelprnews.com/ — In just two weeks’ time, one of east Belfast’s most famous sons will be celebrated in a colourful week of song, drama, performance, readings, recitals, talks, tours and family events across the east of the city and beyond.

The inaugural C.S. Lewis Festival, which takes place from 18-23 November 2013, has been funded by Belfast City Council and marks the 50th anniversary of the death of the renowned author, theologian and academic who (perhaps) most famously wrote The Chronicles of Narnia.

Throughout the week, there will be events commemorating and exploring the legacy of Lewis and his close links to the city which so inspired much of his work.

Festival Organiser Wendy Langham said: “C.S. Lewis is one of those figures that everybody has heard of, but perhaps few realise that he was born, and for a time, was schooled in east Belfast. On the 50th anniversary of his death, the C.S. Lewis Festival seeks to discover and celebrate those connections and invite people to come on a journey with us across the east, and hopefully have a lot of fun in the process!”

Among the highlights of the C.S. Lewis Festival will be Lewis by Lamplight, an enchanted tour around the stunning grounds of Campbell College, the famous old school that Lewis attended in 1910. This will begin with the official switching on of the famous lamp which is said to have inspired the lamp in Narnia, where Lucy first met Mr Tumnus. Participants can then tour the grounds and be welcomed into the school itself to enjoy a warm mug of tea.

Campbell College will also play host to a reading of William Nicholson’s play Shadowlands and a screening of the acclaimed documentary Through Joy and Beyond, looking at the rich life and career of Lewis.The exhibition Through the Wardrobe by artist Jonathan Barry will take place at the Linenhall Library. This also includes some of Lewis’ personal correspondence and items from the Library’s own collection, which were donated by the C.S. Lewis Association of Ireland. The Over the Hill Collective presents the Jam Jar Sessions, also at the Linenhall Library – an evening of readings and music celebrating literature and cinema, focusing on C.S. Lewis.

A new C.S. Lewis Trail will be launched during the festival it will transport you through Lewis’ east Belfast and the landmarks that helped shaped the young Lewis’ life and work.

Replay Theatre Company will tour an interactive adventure inspired by C.S.Lewis’ The Lion, The Witch and The Wardrobe to P4 classes inBelfast primary schools to excite their imaginations and to inspire them to explore the wonderful worlds of C.S.Lewis.

As a life-long lover of debate, Lewis would have approved of the Dock Café lunchtime discussions over the course of the festival. The café in the heart of the Titanic Quarter will throw open its doors to host debate and discussion on the themes that Lewis’ writing has inspired.

On the occasion of the 50th anniversary of Lewis’ death, and on the day that he becomes the first Belfast writer to be placed in Westminster Abbey’s Poets Corner, the C.S. Lewis Festival is delighted to present Belfast’s Poet Laureate, Sinead Morrisey, hosting a reading by four of our finest writers; Glenn Patterson, Michael Longley, Ciaran Carson and Leontia Flynn. In the historic setting of the Linen Hall Library, where so many of the city’s writers have found inspiration, this is an opportunity to hear readings about Belfast chosen by the writers, and also to hear their own writings on Belfast.

A dizzying array of family friendly and schools events taking place include the CS Lewis Trail at Belfast Zoo, Seven Chronicles in Seven Libraries, Aslan Workshops by Jumping Clay and the CS Lewis Primary School Art Competition, the winning results of which will be displayed at Belmont Tower during the festival.

St Marks Church, Dundela (Lewis’ old place of worship) will be hosting a substantial series of events throughout the week to celebrate Lewis’ contribution to the world of faith.

In another festival special, author and CS Lewis expert Sandy Smith will be presenting the findings of his recently published book, C.S. Lewis and The Island of His Birth. Sandy will also deliver two bus tours following the footsteps of Lewis during the festival.

Belfast Lord Mayor, Councillor Máirtín Ó Muilleoir said: “This fantastic programme of events is a great way to celebrate the life of one of Belfast’s greatest sons. CS Lewis is recognised as one of the most talented authors in the world and has brought our city international acclaim.”

The East Belfast Partnership is delighted to be organizing this festival and hopes that it will throw a spotlight on a hidden and wonderful history of the east of the city and its association with one of the most accomplished and renowned writers and academics of his generation. Family members of all ages, visitors and locals alike, are invited to join us for a magical week of exploration and adventure. 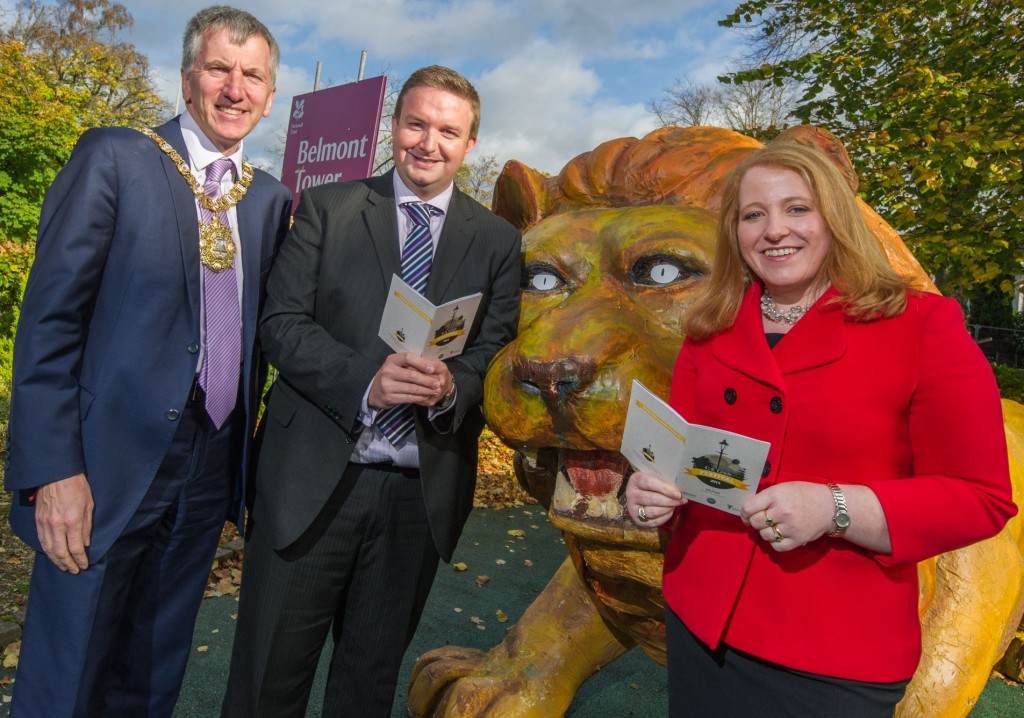