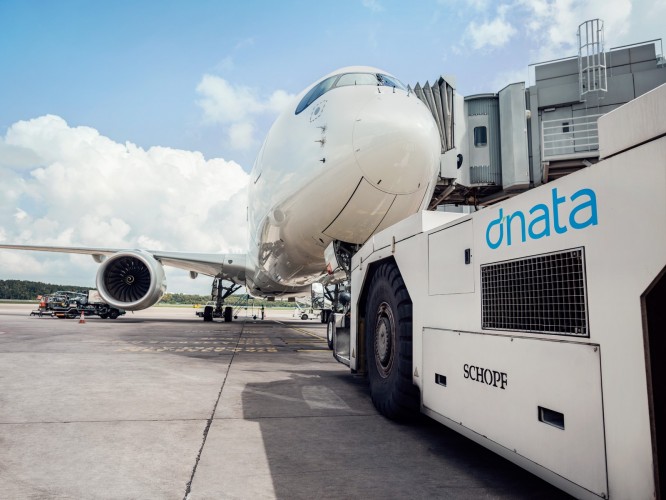 Dubai, UAE, 2019-Oct-11 — /Travel PR News/ — dnata, one of the world’s largest air services providers, has extended its partnership with Terminal One Group Association (TOGA) in New York through to 2023. The extension will see dnata continue to provide quality ground and passenger handling services to over 20 airlines including Air France, Japan Airlines, Korean Air and Lufthansa, ensuring smooth and safe operations of 50 flights a day at John F. Kennedy International Airport’s (JFK) Terminal One.

The multi-year extension of the partnership cements dnata’s position as a leading air services provider at one of the busiest airports in the USA. The company will invest an additional $6 million in infrastructure and equipment to continually deliver the highest possible quality services for its customers and their passengers.

Operating also at Terminal Four, Seven, and Eight, dnata currently serves a total of over 50 airlines at JFK International Airport with a team of 1,400 professionally trained staff.

David Barker, Chief Executive Officer of dnata USA, said: “We are delighted to extend our partnership with Terminal One Group Association (TOGA) at JFK International Airport, the largest dnata hub in the United States. Terminal One sets the benchmark in providing quality terminal services to airlines in the USA market and dnata is proud to play its role supporting this operation.

“The extension of this strategic partnership demonstrates our ability to consistently deliver quality, safe and reliable services. We continue to work hard to be the ground handler of choice for airlines seeking premium aviation services in the USA and beyond.”

Steve Rowland, Executive Director Operations of Terminal One Group Association, said: “We are excited to extend our partnership with dnata at JFK. dnata’s investment in safety, service, and equipment demonstrate their commitment to Terminal One to be the premier Terminal at JFK. dnata will continue its commitment to our premier airline partners as we begin the new Terminal construction process, through its world-class safe on-time performance.”

dnata commenced ground handling and cargo operations in the United States in 2016. Since then, the company has invested more than $45 million in facilities, equipment, training and technology, while continually expanding its operations in the country. Offering highly competitive benefit packages in the market, in the past two years dnata has hired 1,000 additional employees, growing its team to over 3,800 customer-oriented aviation professionals.

The excellent quality of dnata’s services is underpinned by the constant growth of its customer base. Having won over 50 new contracts in the past 18 months, dnata now serves over 60 airlines at 27 airports in the United States.

A global air services provider and the trusted partner of over 300 airline customers, dnata offers ground handling, cargo and catering services at 127 airports in 19 countries.

dnata is one of the world’s largest air services providers. Established in 1959, the company ensures the aviation industry operates smoothly and efficiently in 127 airports. Offering ground handling, cargo, travel, and flight catering services in 35 countries across six continents, dnata is a trusted partner for over 300 airline customers around the world. Each day, the company handles over 1,900 flights, moves over 8,500 tons of cargo, books over 16,000 hotel stays, and uplifts over 320,000 meals.

Terminal One Group Association (TOGA) is a New York-based limited partnership of four international airlines: Air France, Japan Airlines, Korean Air and Lufthansa. TOGA was originally formed in 1994 and entered into a long-term Site Lease with the Port Authority of New York & New Jersey to finance, construct, maintain and operate a new passenger terminal facility at JFK, now known as Terminal One. The Terminal is home to the four TOGA Airlines plus 20 other international airlines and is on pace to process approximately 8.0 million passengers to over 38+ nonstop international destinations in 2019. With 10 international gates, Terminal One has been operated by TOGA since May 1998 and is one of only two terminals at JFK that can serve the Airbus 380 superjumbo aircraft.