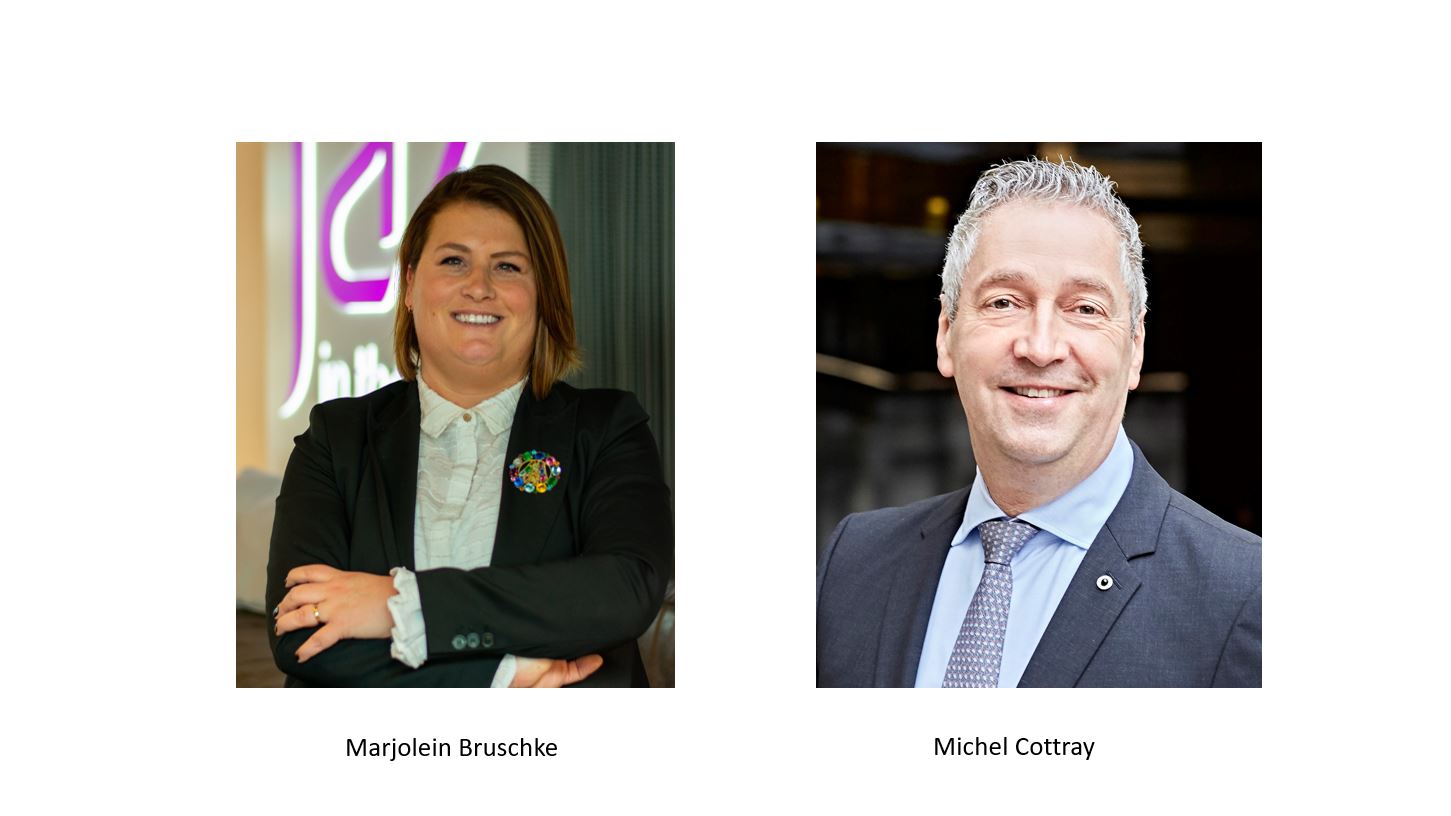 Marjolein Bruschke and Michel Cottray awarded for their achievements in 2019

Frankfurt am Main, Germany, 2020-Feb-21 — /Travel PR News/ — To honour special achievements in the past year, Deutsche Hospitality has once again chosen its “General Managers of the Year”. This time, the awards were presented to Marjolein Bruschke, General Manager, a.k.a. the Band Leader of Jaz in the City Amsterdam and Michel Cottray, General Manager of Steigenberger Wiltcher’s in Brussels.

“Marjolein Bruschke and Michel Cottray have done an extraordinary job in 2019. In an exemplary manner, they embody the values of our international, dynamic brand family: passion, perfection, caring, tradition and vision. We are delighted that they are part of Deutsche Hospitality and are pleased to honour their achievements with this award,” said Thomas Willms, CEO, Deutsche Hospitality.

Marjolein Bruschke and her team have achieved an outstanding level of guest satisfaction as Band Leader of the hip Jaz in the City Amsterdam and last year also impressed the jury of the renowned Dutch Hotel Award. An excerpt from the jury statement for their selection of the winner of the award read: “The management team exudes pride and a lot of fun. They are also committed and loyal to both the hotel and to each other. The General Manager, a.k.a. the Band Leader, Marjolein Bruschke, takes a step back to let her team shine, which is awesome!”. Jaz in the City combines design, music and enjoyment to create a stirring overall performance that inspires the guests of Marjolein Bruschke and her team in Amsterdam during every stay.

Michel Cottray, who has been responsible for Steigenberger Wiltcher’s in Brussels since October 2017, has given the traditional hotel a new impetus and led it to a very good performance and a new level of service. In addition, he and his team have set creative accents with the new Steigenberger Cocktail Competition and successfully completed the renovation of the hotel as part of the Evolution Steigenberger. The luxury hotel, located in the heart of Brussels, has been shining in new splendour since September 2019 and, under his management, has once again become the city’s ‘place to be’ where Brussels’ most prestigious events take place.

Deutsche Hospitality brings together five separate hotel brands under a single umbrella. Steigenberger Hotels & Resorts has 60 hotels housed in historic traditional buildings and lively city residences and also offers health and beauty oases set at the very heart of nature. MAXX by Steigenberger is a new and charismatic concept which places the focus on the essential in accordance with its motto “MAXXimize your stay”. Jaz in the City branded hotels reflect metropolitan lifestyle and draw upon the local music and cultural scene. IntercityHotel offers more than 40 upper mid-range urban hotels, all of which are located within easy walking distance of railway stations or airports. And Zleep Hotels – a well-known and successful hotel brand in Scandinavia which offer service and design at a great rate for the many. The portfolio of Deutsche Hospitality currently includes almost 150 hotels on three continents 30 of which are in the pipeline.