Chicago, Il, US, 2013-12-20 — /travelprnews.com/ — Chicago Department of Aviation (CDA) Commissioner Rosemarie S. Andolino was presented with the 2013 “Excellence in Public Service” Award from the Civic Federation and the Motorola Solutions Foundation today at the Palmer House Hilton in Chicago.

Now in its 22nd year, the award annually recognizes a non-elected government official who has had an extraordinary impact on the quality of state and local government services in Illinois. In presenting the award, the Civic Federation cited Andolino’s leadership in continuing to advance the efficiency, productivity and sustainability of Chicago’s key economic engines, O’Hare and Midway International Airports.

Andolino’s 24-year career in public service has included various positions within several City of Chicago departments, including Executive Director of the O’Hare Modernization Program and First Deputy Commissioner of the Chicago Department of Planning and Development. 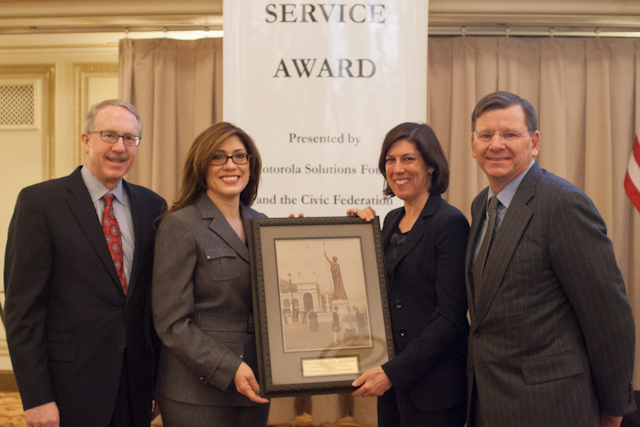