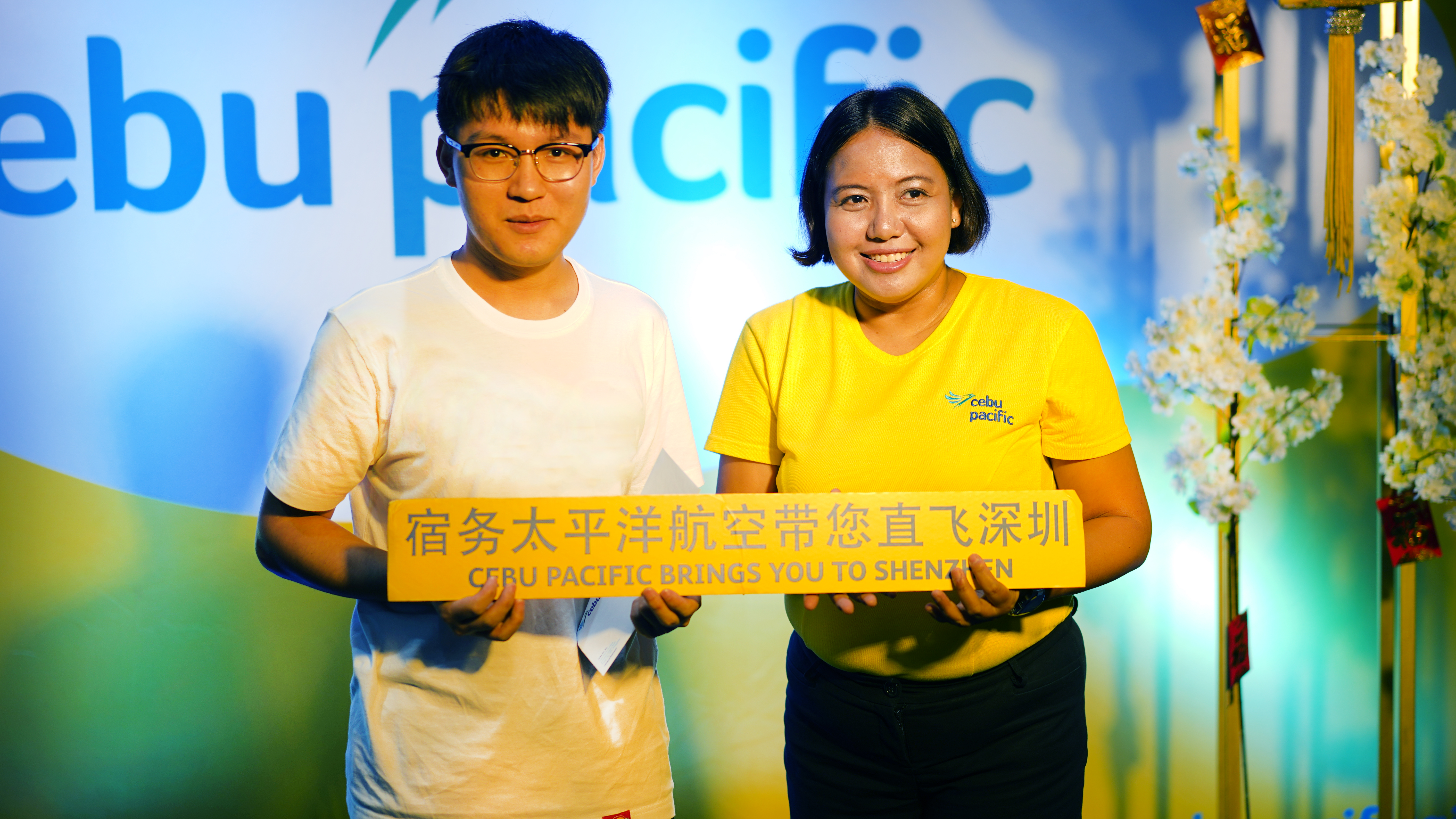 Pasay City, Philippines, 2019-Jul-09 — /Travel PR News/ — Cebu Pacific inaugurated its commercial flights between Manila and Shenzen on July 1, 2019. The inaugural flight departed Manila at 11:35pm, while the return flight from Shenzen left at 3:05 am on July 2, 2019. Cebu Pacific will fly four-times-weekly between Manila and Shenzen—a special economic zone and one of the world’s fast-rising innovation and technology hubs.

During the maiden flight from Manila, the first passenger who checked-in, Mr. Liao Haoshen, was awarded a special token from the carrier, represented by its Corporate Communications Director, Charo Logarta Lagamon.