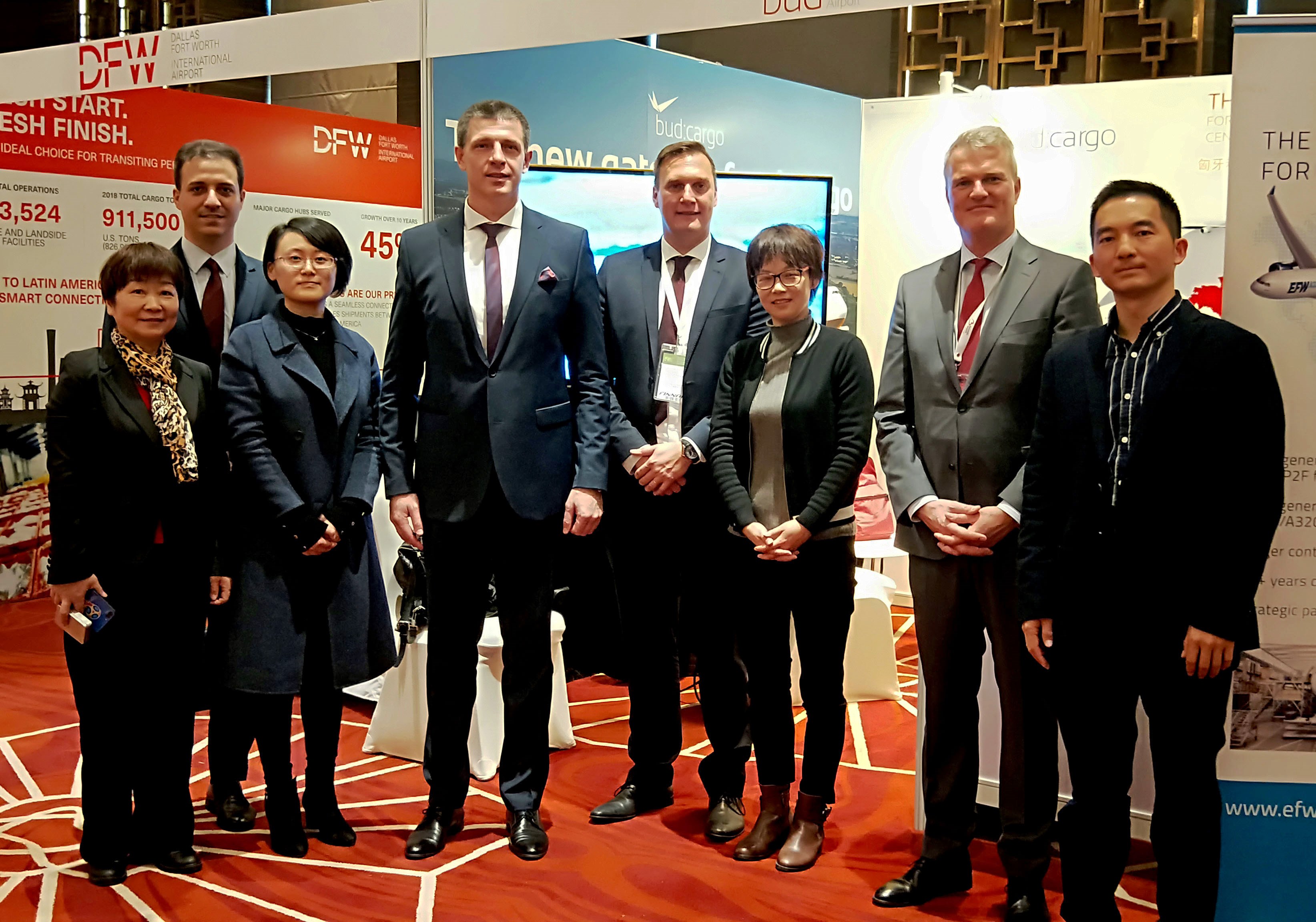 BUDAPEST, Hungary, 2018-Dec-10 — /Travel PR News/ — Budapest Airport’s cargo experts discussed the opening of new market opportunities in Shanghai. The Hungarian capital city airport was the only main sponsor from the region at the 15th China Air Cargo Summit 2018, a meeting of cargo professionals from all over the world.

“Opening to the east” is not only a foreign policy objective, but concrete reality, with regard to Budapest Airport’s long-term plans. Getting from concept to implementation in what is probably the world’s largest market requires good timing and good messages. That is why Budapest Airport’s cargo team took part in the China Air Cargo Summit in Shanghai, a gathering of senior managers from airports, airlines and logistics companies. Hungary’s “opening to the east” policy ties in well with China’s “One Belt One Road” trade development strategy.

The presentation by Budapest Airport’s managers was a focus of attention at the Shanghai forum, as Chinese partners are increasingly seeking a new logistics hub in the Central-Eastern-European region. It was stated that Chinese goods worth 700 million USD passed through the Hungarian capital airport last year, and cargo figures from 2018 suggest double-digit growth prospects in this segment as well. The development of Budapest as a regional logistics hub for Chinese goods is facilitated by the fact that the construction of the Cargo City, a new, state-of-the-art warehouse and office base has commenced, with the first phase of 20 000 square meters due to be handed over in the second half of next year. Negotiations by Budapest Airport’s cargo experts were greatly assisted by the fact that they can rely on the local knowledge and the professional relations of the economic diplomats working at the Consulate General of Hungary in Shanghai.

“In the dynamically developing world of e-commerce, we are doing everything we can to convince our Chinese partners that Budapest is the best choice if they want to establish a distribution hub in the CEE region. Partners with huge traffic, such as Alibaba, could make decisions in the near future on the location of their new European distribution centers. We would like to make sure that they choose the Hungarian capital,” emphasized René Droese, property and cargo director for Budapest Airport, at the end of his negotiations in China. He added that the cooperation and the support of the success-oriented team at the Consulate General of Hungary in Shanghai are highly appreciated.

”We are witnessing historic moments in China; it was precisely forty years ago that the Chinese Central Government, led by Deng Xiaoping, introduced the policy of opening the economy to foreign direct investment. Now, the government of Xi Jinping would like to call the attention of global players to the dynamically growing Chinese internal market. The quality of current diplomatic relations between the two countries and this momentum create an excellent opportunity for Hungarian businesses to enter the market.” – said Szilárd Bolla, the Consul General of Hungary in Shanghai.