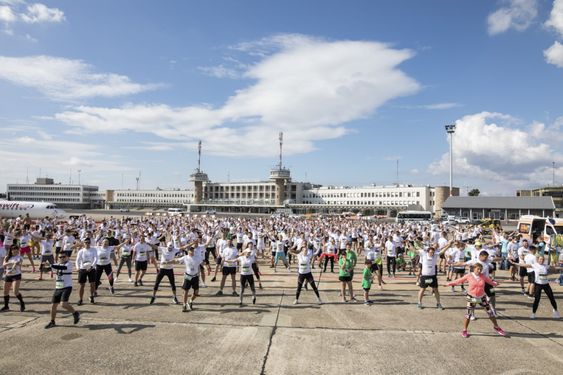 Budapest, Hungary, 2022-Apr-01 — /Travel PR News/ — The airport runway will be packed with competitors for the tenth time this September. To celebrate the anniversary, Budapest Airport is making the Runway Run charity race even more special. On the one hand, participants will be able to arrive at the finish line in the magical lights of sunset, and on the other hand, twice as many runners will be able to enter as pairs for the sunset run.

On 3 September 2022, Budapest Airport will organize its Runway Run charity race for the tenth time. This year, the event will not start in the morning, as has been the case so far, but in the afternoon, so that the invited runners can enjoy unique views of the sunset, in addition to the runway.

The Runway Run is an invitational race, where the majority of the field is made up of representatives from the aviation industry, authorities, airlines and other major international companies, as well as competitors from the SUHANJ! Foundation, but to further enhance the special nature of the anniversary event, this year, for the first time, the airport will open up to the public through a much wider range of channels, with twice as many people, a total of one hundred people will be given the opportunity to enter in pairs.

As in previous years, the sporting event will serve a noble cause. The airport operator will donate the entire amount raised from registration fees to the SUHANJ! Foundation, which provides sporting opportunities for people living with disabilities, and the Anthony Nolan foundation, which supports the recovery of patients with blood cancer.

You may also be interested in:  KLM CEO Pieter Elbers accorded with Commander in the Order of Orange-Nassau title by His Majesty, King Willem-Alexander

Budapest Airport organized the first Runway Run ten years ago, in 2013, where invited guests can run under unique conditions; runway I, closed for the occasion, offers a unique view of the aircraft taking off and landing in the distance. Over the past ten years, more than 10,000 runners have taken part in the race, and Budapest Airport has raised nearly 80 million HUF from the entry fees for the charities it supports.

Chris Dinsdale, the CEO of Budapest Airport, commented in connection with the tenth Runway Run: “Our airport running race organized on the runway has become a tradition, with hundreds of people lining up at the start line every year. Together with the Runway Run, we also wanted to make it a tradition to run not only for our own health and for the love of sport, but for a good cause, together. I am proud that in the ten years since the first race, we have been able to make a meaningful contribution to the foundations we support.”