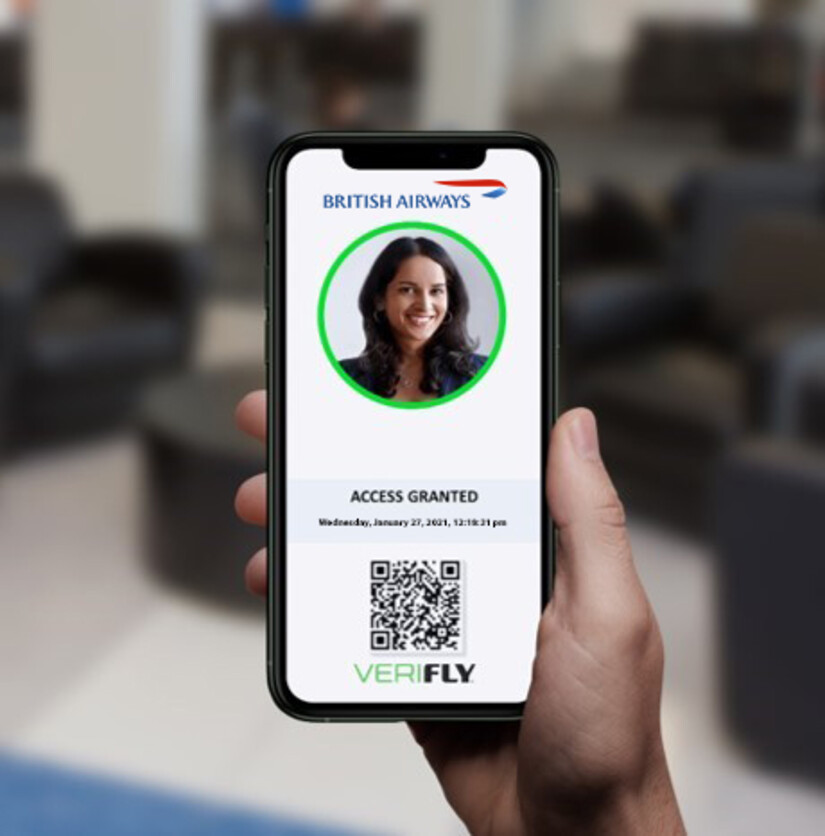 London, UK, 2021-Jul-09 — /Travel PR News/ — British Airways, Virgin Atlantic and Heathrow have joined forces to prove it’s possible to quickly and easily verify those arriving into the UK who are fully vaccinated – an identification process already in place for outbound travel to several countries. Earlier this week, Germany became the latest country to confirm it would accept fully vaccinated UK travellers without the need to quarantine. The new UK proving trial, enabling inbound travellers to present their fully vaccinated status, will support the Government to move forward with its plans to remove quarantine for double jabbed passengers entering the UK from ‘amber list’ countries.

The initiative will see fully vaccinated volunteers travelling on selected flights from Athens, Los Angeles, Montego Bay and New York to London Heathrow showing proof of their vaccine status. The trial aims to reassure Government that airlines and airports can check vaccine status upstream and away from the Border, ensuring no further pressure in UK immigration halls. British Airways customers will be able to access a discounted rate for the mandatory arrivals tests.

Internationally recognised vaccination credentials will be accepted in the proving trial including the NHS app, CDC card, US state-level digital certification and EU Digital Covid Credential. British Airways will also support customers’ vaccine verification through the VeriFLY app and Virgin Atlantic customers can verify their vaccine certificate through a new digital uploader tool, developed in partnership with Delta Air Lines and backed by TrustAssure™ technology. As the proof-of-concept develops, the options for customers to show vaccine status will rapidly be expanded, across physical, digital and integrated formats, including IATA Travel Pass.

You may also be interested in:  British Airways has kept vital air links open to repatriate UK residents and fly much needed PPE equipment to the UK

The UK has led the world with its successful vaccine programme, which the Government promised would lead to the end of Covid restrictions. To date, 86% of UK adults have had a first dose of a Covid vaccine, with 64% fully vaccinated. Data from Public Health England has shown two doses of the vaccines offer 79% protection against becoming ill from the Delta variant and reduces the likelihood of needing hospitalisation by 96%.

Despite this incredible achievement the UK is failing to reap the economic and social rewards, falling behind countries like France, Germany, Greece, Portugal, Cyprus and Malta, all of which accept fully vaccinated travellers, including US residents, without the need for quarantine. The US also allows its fully vaccinated residents to avoid self-isolation. The Government’s own transparency data also continues to show very low positivity in test results from ‘green’ and ‘amber’ country arrivals, with just 0.4% testing positive, and none of them had a variant of concern.

“We need to act quickly to protect jobs, re-build the UK economy and reunite loved ones. We are already helping our customers show proof of their vaccination status when travelling to a number of other countries outside the UK which require it, and we’re confident we can make this happen for entry to Britain too, very quickly. We look forward to providing the data that proves it’s simple for fully vaccinated status to be verified and to the Government meeting its commitment to get the country moving again.”

In the US, more than 157m people have been fully vaccinated – including 58% of US adults – with domestic flying returning to pre-pandemic levels, proving that flying is safe.

“To reap the benefits of the UK’s world-leading vaccine roll out, the UK Government must act now to remove self-isolation for fully vaccinated passengers arriving from ‘amber’ countries, and no later than the domestic reopening on 19th July. Our proof-of-concept trial on selected US and Caribbean routes demonstrates our readiness as an industry to rapidly operationalise the new policy, and work with Government and authorities to ensure it is smoothly implemented at pace, supporting the reopening of the Transatlantic corridor, without which £23m is lost each day from the UK economy.

“The UK is already falling behind US and EU and a continued overly cautious approach towards international travel will further impact economic recovery and the 500,000 UK jobs that are at stake.”

Representatives from the travel industry have been clear about the consequences for the UK’s economy and jobs of not opening the corridor quickly enough, with hundreds taking part in a day of action on June 23. Today, Heathrow released new research from CEBR, reinforcing the importance of aviation to the Government’s ambitions for Global Britain, which could help industry deliver a £204bn trade boost to benefit every corner of the UK. Heathrow has warned that this cannot be realised unless the UK’s aviation industry is supported by Government policies to resume flying as soon as possible. By capitalising on the country’s vaccine dividend, ministers can help to deliver this economic stimulus for exporters across Britain, ensuring the UK retains its competitive edge as the country comes out of lockdown.

You may also be interested in:  Emirates to treat guests with festive celebrations on board and on the ground this holiday season

On Monday, Prime Minister Boris Johnson restated that this important step to exempt fully vaccinated travellers from self-isolation would happen ‘later this summer’, with Transport Secretary Grant Shapps set to provide more detail this week. It’s hoped the proof-of-concept will encourage the Government to introduce exemptions for fully vaccinated travellers no later than 19 July, allowing the UK to catch-up with the EU and US, which have already introduced similar schemes.

“This pilot will allow us to show that pre-departure and arrival checks of vaccination status can be carried out safely, so that fully vaccinated passengers can avoid quarantine from the 19th July. In addition to this, the UK Government must make progress on reopening travel between the US after a designated taskforce was established to look at this back at the G7. Heathrow is the main port for trade in goods and services with the US, the only country with whom the UK has a trade surplus. New research today demonstrates just how critical it is to the UK economy to get the passenger planes that carry those exports off the ground. This is a vital step towards delivering the Government’s ambitions for Global Britain and they now need to act fast.”

Customers on the following routes will be able to participate in the proving trial:

Fully vaccinated is classed as 14 days after the customer’s final jab.
The certificate should show the customer’s name, date of birth, dates of vaccination, vaccination type and located where the vaccine were administered.
Vaccination types accepted are WHO approved – Oxford/Astra Zeneca, Johnson & Johnson (Janssen), Moderna, Pfizer/BioNTech, Sinopharm.

British Airways and Virgin Atlantic will be supporting eligible customers to participate in the trials through a range of tools and options, both digital and paper-based, depending on the airline and route flown.

You may also be interested in:  British Airways completed the installation of dozens of hosted bag-drop machines at Heathrow’s Terminal 5

British Airways customers flying on applicable trial routes will be contacted by their airline inviting them to participate as part of their existing travel readiness communication.

Customers travelling on all British Airways international flights into the UK are offered the chance to download and use VeriFLY to upload and validate their Covid-19 documents including pre departure test certificate and passenger locator form (PLF). Once approved customers will be able to check-in online reducing the time required to be spent within the airport.

British Airways trial participants will be able to upload their vaccine credentials alongside existing travel documents. They will then be able to check-in online or go to dedicated VeriFLY check-in desks at Athens and JFK Terminal 7. Approved VeriFLY users will then be able to show either their photo within the app with green authorisation tick or a QR code newly created for UK arrivals at a dedicated lane within the immigration hall after landing at Heathrow Terminal 5 to validate their credentials.

Virgin Atlantic customers on Los Angeles and Montego Bay flights to London Heathrow will receive personal communications highlighting they are eligible to join the proving trial. Customers will have the option to produce a digital vaccine certificate in person if travelling from Los Angeles, or upload and verify their vaccine credential using a new digital uploader tool, developed in partnership with Delta Air Lines and backed by TrustAssure™ technology, the link to which will be shared directly with them.

Customers travelling from Montego Bay will be able to produce either paper or digital certificates. Upon arrival at Terminal 2 (or Terminal 3 from 15 July) there will be a dedicated lane within the immigration hall to verify their credentials at the UK Border.

VeriFLY is currently being used by up to 20,000 customers per day travelling on airlines including British Airways, American Airlines, Aer Lingus and Iberia

Currently more than 80% of all credentials uploaded are approved within 30 minutes of submission.