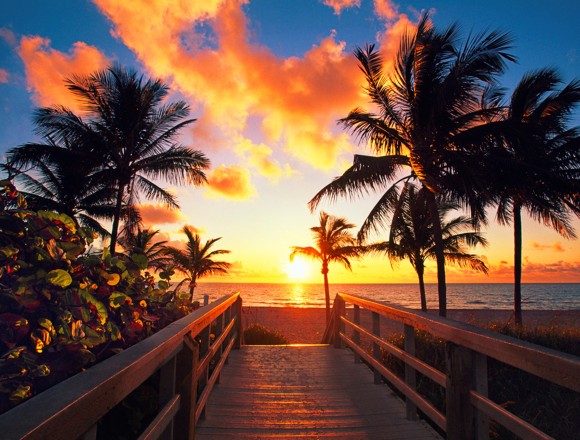 LONDON, 2016-Oct-28 — /Travel PR News/ — British Airways is launching a new service to Fort Lauderdale from July 6, 2017. It will be the airline’s third route from Gatwick to Florida, and its fourth service to the ‘sunshine state’.

One of the largest cities in Florida, which is situated just 28 miles north of Miami, Fort Lauderdale enjoys average year-round temperatures of 25 degrees and basks in 3,000 hours of sunshine every year.

The route will be served by a 777-200 aircraft operating three-days a week year round (four-a-week during peak summer) with each way fares from £189 available to book now on ba.com.

Colm Lacy, British Airways’ head of commercial for Gatwick, said: “British Airways will now serve four Florida gateways, offering more seats from London to the sunshine state than any other carrier. It’s a city that boasts beautiful beaches, Venice-like waterways, an international yachting scene and world-class restaurants, and is also within easy reach of Miami, so customers can visit both destinations as part of a trip to the sunshine state.

“More than 2.8 million international visitors head to Fort Lauderdale every year and we are confident this route will be a big hit with British tourists, especially with each way fares from £189 per person which includes a generous complimentary baggage allowance and free food, drink and entertainment.”

Fort Lauderdale is well connected to a number of destinations and attractions, including: (by car)

Fort Lauderdale makes a good starting point for road trips with Key West in the south, Orlando and Tampa in the centre and Fort Myers to the west popular for fly-drive holidays.

British Airways offers customers the option to customise their trip allowing then to fly in and out of different airports, select multiple hotels and add car hire for all or part of their holiday.

For those wanting to hit the road, British Airways Holidays has the following packages on offer: