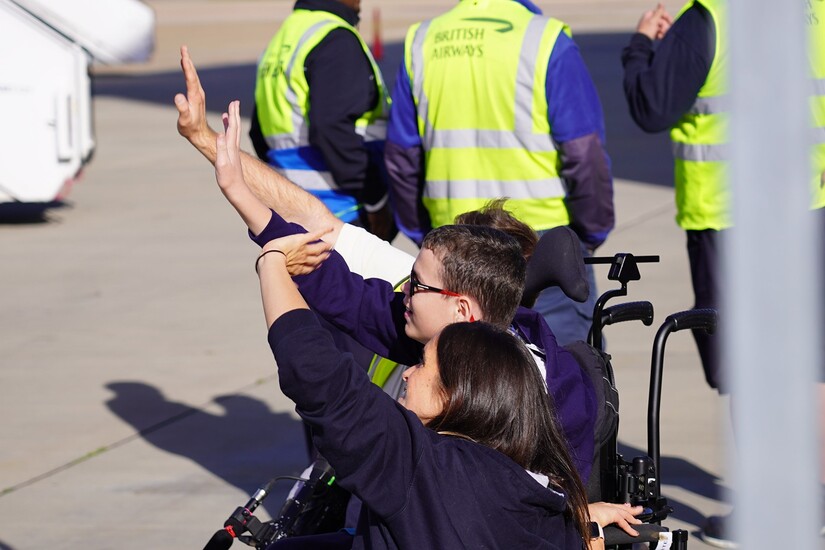 London, UK, 2022-Oct-18 — /Travel PR News/ — More than 190 deserving children set off on a holiday of a lifetime yesterday, courtesy of British Airways and UK-based charity Dreamflight. It’s the 34th year that the two organisations have come together to run the incredible trip to Orlando, Florida.

Dreamflight supports young children across the UK aged between 8 and 14, all of whom either have a serious illness or disability.  Each year the charity works with British Airways to take the children on a truly memorable holiday. Due to the pandemic, Dreamflight hasn’t been able to take off for the last two years, making this year’s flight extra special.

Many of the 192 children that flew to Florida have never experienced a holiday or even a trip abroad before due to the complexities involved with their illnesses. To ensure the children are well looked after, they are accompanied 24-hours a day by volunteer doctors, nurses and physiotherapists, supported by British Airways’ cabin crew and pilots.

To send the children off in style, British Airways and Dreamflight hosted a special party in one of the airline’s Heathrow hangars. The children also enjoyed entertainment courtesy of an RAF Air Cadets Marching Band and tens of police puppies. In Orlando, the children will have eight magical days with an array of activities in the sunshine state including visits to Universal Studios and other Florida attractions.

Carrie Harris, British Airways’ Director of Sustainability, said: “We are absolutely thrilled to bring back Dreamflight for its 34th annual trip. It is always one of the highlights of our year, with many of our colleagues volunteering their time to support. I want to thank them for helping to make this possible. Hearing how much the Dreamflight experience means to the children and their families means it’s a real honour to be able to help create memories that will last forever.”

Paralympic gold-medal swimmer and Dreamflight patron, Liz Johnson, said: “This is a full circle moment to be a part of Dreamflight, having joined the trip as a child myself in 1997. Getting to see the younger generation have these opportunities feels so special and I want to empower them to achieve anything they put their minds to.”

British Airways’ Captain Philip Ticehurst, who operated the charter, said: “We’re so happy to be back with Dreamflight again this year. This is my 16th time captaining the Dreamflight charter and I couldn’t be more honoured. It is such a humbling experience to be flying these children on their trip of a lifetime. They are an inspiration to all of us”.

The Dreamflight charity was co-founded by former British Airways’ cabin crew member, Patricia Pearce MBE. Since the first flight in 1987, more than 6200 children have flown on Dreamflight, with British Airways colleagues donating their time to support the departure from Heathrow each year.