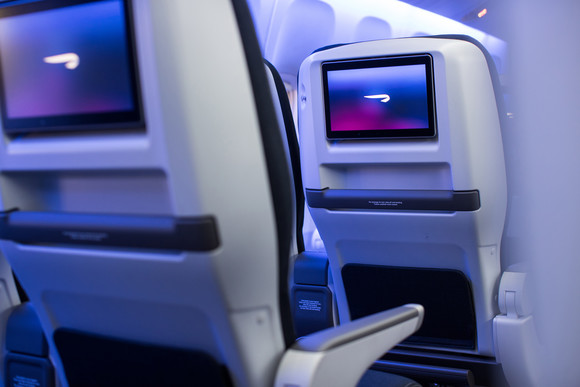 LONDON, UK, 2018-Dec-14 — /Travel PR News/ — To help customers get in the festive spirit at 38,000 feet British Airways has added a selection of Christmas treats to its inflight entertainment system.

Up to 40 new films, TV show episodes, audio books and music CDs have been introduced under the ‘Festive Cheer’ category. ‘The Holiday’ and ‘Elf’, last year’s two most popular Christmas films on board* return, alongside ‘Gremlins’, ‘Home Alone 2: Lost in New York’, ‘Scrooged’ and ‘Miracle on 34th Street’.

In terms of television, customers can relive classics like ‘The Vicar of Dibley Christmas Special’ or hone their lunch preparation with ‘Nigella: At My Table Christmas Special 2017′. And for those who prefer to listen to tree-mendous music, there are carols from The Choir of King’s College Cambridge.

Carolina Martinoli, British Airways’ Director of Brand and Customer Experience, said: “The festive season is a special time for customers and this new channel should help them to feel particularly Christmassy on our flights. Alongside popular film favourites, we’ve also got hilarious comedy, interesting documentaries, and rousing carols. There is something for everyone.”

To accompany the festive inflight entertainment, British Airways will also be serving Christmas meals on flights as the day approaches.

The airline is in the midst of a £6.5 billion investment for customers which includes new cabins in its Boeing 777 aircraft operating out of Gatwick.  The new aircraft cabins feature an inflight Panasonic entertainment system which has been updated with larger HD screens. The screen size has doubled from six to 12 inches in World Traveller Plus and increased from six to 10 inches in World Traveller.