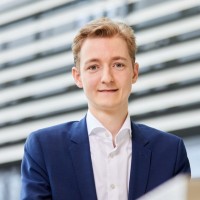 Austrian Airlines appoints Steve Beyermann as Head of IT Management

Austrian Airlines CEO Alexis von Hoensbroech: “I am delighted that with Steve Beyermann, we have been able to recruit an extremely competent young manager from our own ranks to head this division, which is so important for the future.”

Steve Beyermann (31) started his career after completing his studies in business information technology in 2011 at the Lufthansa Group as IT consultant and project manager at Lufthansa Systems. In 2014, he took over the management of the Lufthansa CIO Office and in parallel led various IT projects, such as the development of the future workplace model of the Lufthansa Group. In 2017, he moved to Austrian Airlines in Vienna as part of his Group-wide responsibility and established the Center of Excellence “Digital Workplace”, which manages all topics related to the digital workplace for the entire Lufthansa Group.