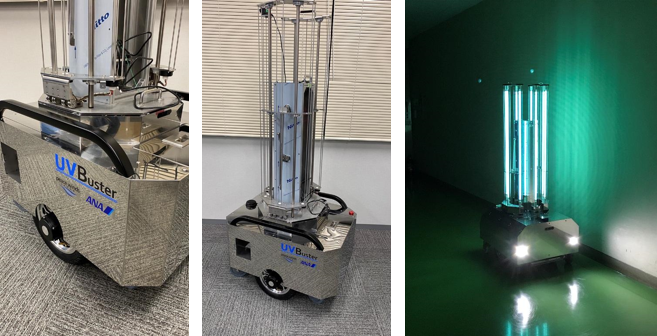 Funds will be used to purchase advanced UV light emitting robots which eliminate the COVID-19 at Japanese hospitals.

TOKYO, JAPAN, 2020-Oct-21 — /Travel PR News/ — ANA HOLDINGS INC. (hereinafter “ANA HD”) is celebrating the success of its recent mileage donation program effort and the generosity of its ANA Mileage Club (AMC) members, who contributed sky miles amounting to $200,000 to a number of healthcare organizations. The donations were collected through a link placed on the Japanese and English versions of the ANA SKY WEB booking portal, and the strong reaction demonstrates that AMC members are passionate about contributing to relief efforts. ANA initially launched the program in June, allowing AMC members to exchange accrued mileage for donations to help support healthcare workers fighting COVID-19.

“ANA is proud that ANA Mileage Club Members share our commitment to improving the world and helping those in need, and thanks to them for their donations,” said Yutaka Ito, Senior Executive Vice President of ANA HD. “The success of this program shows that there is room for all of us to contribute to the fight against the COVID-19, even those of us who are not medical professionals. ANA commends those that are on the frontlines of this fight and will continue to support their efforts.”

ANA has partnered with Peace Winds Japan*1 to help fight COVID-19 and has used funds donated by AMC members to provide advanced robots to three Japanese medical institutions*3. The innovative robots called “UVBuster”*3 are the creation of Tokyo-based tech company Farmroid Co. and use ultraviolet light to decontaminate public areas by destroying the coronavirus. Though the ultraviolet light that they emit is very effective at eliminating the coronavirus, it can also have harmful effects on the human body, meaning that these robots fill a vital role in hospital sanitization protocols.

The successful mileage exchange program is just one of the ways that the ANA Group has sought to give back to the communities in which it operates by contributing to COVID-19 relief efforts. As the pandemic continues, ANA HD and the entire ANA Group will remain committed to adopting innovative approaches that aid the healthcare workers who are fighting the virus on behalf of us all.

*1: Peace Winds Japan supports people in distress who are threatened by conflict, poverty or other turmoil. A JPF member organization, PWJ has a disaster-relief agreement with ANA, and is currently conducting relief efforts including those in the medical field amid COVID-19.

*3: UVBuster is an ultraviolet irradiation robot developed by Farmroid Co. in collaboration with Nihon University Itabashi Hospital. It is designed to kill the flu virus using intense ultraviolet rays, and has proven successful at eliminating samples of the novel coronavirus. Its autonomous programming allows it to move automatically and it also has remote device (webRTC) capabilities which make it possible for it to be controlled from a remote location using a PC. The robot has already proven effective for hospital patrol and patient support.

Following the “Inspiration of Japan” high quality of service, ANA has been awarded the respected 5-Star rating every year since 2013 from SKYTRAX. ANA is the only Japanese airline to win this prestigious designation eight years in a row. Additionally, ANA has been recognized by Air Transport World as “Airline of the Year” three times in the past 10 years – 2007, 2013 and 2018, becoming one of the few airlines winning this prestigious award for multiple times.

ANA was founded in 1952 with two helicopters and has become the largest airline in Japan, as well as one of the most significant airlines in Asia, operating 78 international routes and 118 domestic routes. ANA offers a unique dual hub model which enables passengers to travel to Tokyo and connect through the two airports in the metropolitan Tokyo, NARITA and HANEDA, to various destinations throughout Japan, and also offers same day connections between various North American, Asian and Chinese cities.

ANA has been a member of Star Alliance since 1999 and has joint venture partnerships with United Airlines, Lufthansa German Airlines, Swiss International Airlines and Austrian Airlines.

In addition to the full service and award-winning record of ANA, the ANA Group’s subsidiary Peach Aviation Limited is the leading LCC in Japan, and has expanded following the integration of Vanilla Air Inc. in late 2019. The ANA Group carried 54.4 million passengers in FY2018, has approximately 43,000 employees and a fleet of 260 aircraft. ANA is a proud launch customer and the biggest operator of the Boeing 787 Dreamliner.