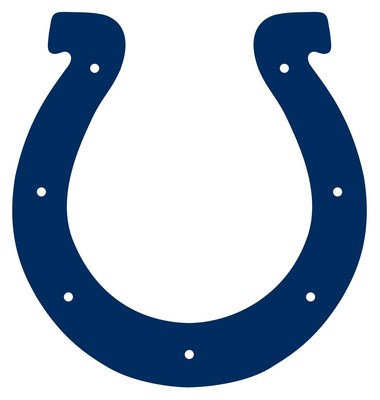 Allegiant is the Official Airline of the Indianapolis Colts

Allegiant has been a proud airline sponsor of the Colts since 2015, but this new, multi-year agreement unites one of Indianapolis’ newest corporate leaders with the Colts, giving both organizations the chance to enhance the fan experience, whether at a game in the stands, watching from home or flying Allegiant to an away game.

“Sports travel is the ultimate leisure travel. At Allegiant, we’re always looking for ways to connect fans to the cities where they can see their favorite teams play,” said Scott DeAngelo, Allegiant’s chief marketing officer. “Being the official airline of the Colts allows us to give fans a next-level experience through special promotions, player appearances, fan activations and more.”

As part of the agreement, the upper terrace level of Lucas Oil Stadium will be named “Allegiant Terrace Level,” enhancing the value of upper concourse tickets with entertaining gameday activities, contests and more. Allegiant also will give Indiana residents the chance to compete to be permanently featured on one of 133 banners on the terrace level, immortalizing their Colts fandom for the world to see.

“The Colts look forward to our continued partnership with Allegiant, all with an eye toward enhancing the experience for fans, partners and other stakeholders,” said Roger VanDerSnick, Colts chief sales & marketing officer.  “Whether at the stadium on gameday or when traveling with Allegiant, Colts fans can expect more access to exciting activities, amenities and offers from both our companies, which will allow us to better engage with our fans and customers year-round.”

Allegiant already connects Indianapolis to Las Vegas through a twice-weekly nonstop route. But now, that route will play a role in bringing Colts fans to Las Vegas when their team takes on the renamed Las Vegas Raiders at their new home, Allegiant Stadium.  Also, as part of the agreement, football fans can expect Allegiant-branded activations at Touchdown Town, Colts promotions and activation at the Indianapolis International Airport and other in-stadium promotions like the Allegiant “Non-Stop Football Toss” with Colts team mascot “Blue.”

Allegiant identified Indianapolis as a key market for its growing cross-country service and began operating five routes out of Indianapolis in February 2015. It is one of the airline’s 20 permanent bases, which currently offers nonstop service to 15 cities. Allegiant has invested $40 million into the Indianapolis base of operations, permanently stationing 80 employees and three aircraft there. Allegiant serves four airports in Indiana—Indianapolis, South Bend, Fort Wayne and Evansville—flying thousands of Hoosiers on nonstop routes to 36 cities around the country.

“Our employees live, work and raise their families in Indianapolis, so we truly strive to be Indy’s hometown airline,” added Allegiant’s DeAngelo.  “Entering into this partnership with the Colts demonstrates that we are invested in the city in every possible way, and we’re constantly looking for new ways to further embed ourselves into the fabric of the community.”

About Allegiant Travel Company
Las Vegas-based Allegiant (NASDAQ: ALGT) is an integrated travel company with an airline at its heart, focused on connecting customers with premier leisure experiences – from vacations to hometown family entertainment. Since 1999, Allegiant Air has linked travelers in small-to-medium cities to world-class vacation destinations with all-nonstop flights and industry-low average fares. Today, Allegiant serves more than 500 routes across the country, with base airfares less than half the cost of the average domestic roundtrip ticket. Allegiant’s Sunseeker Resorts subsidiary is currently under construction with its inaugural resort property, Sunseeker Resort Charlotte Harbor in Southwest Florida – a unique waterside integrated resort like no other. And a growing group of Allegiant Nonstop family entertainment centers offer state-of-the art indoor games and attractions to thrill seekers of all ages. For more information, visit us at Allegiant.com. Media information, including photos, is available at http://gofly.us/iiFa303wrtF