Moscow, Russia, 2013-12-04 — /travelprnews.com/ — Five years ago, the very first aircraft Airbus A330 joined Aeroflot’s fleet. The airliner was named in honor of the great Russian — conductor Evgeny Svetlanov — whose 80th anniversary was celebrated in 2008. The welcoming ceremony of the first A330 was attended by Svetlanov’s daughter and son, friends and colleagues of this brilliant musician. The performance of the The State Academic Symphony (also named Svetlanov Symphony Orchestra) crowned the event.

Now the Aeroflot fleet includes 22 A330 aircraft with the average airplane age of 2.9 years. All A330 are received directly from Airbus manufacturing plants. The interiors of a new wide bodied A330 aircraft are made in compliance with the highest comfort standards and will satisfy the most sophisticated passengers’ demands. 9 A330 aircraft have renewed business class salon equipped with modern Full-Flat seats (model B/E Minipod by B/E Aerospase) providing 180-degrees recline and increased 75-inch seat pitch providing maximum comfort.

A330 aircraft are equipped with modern entertainment system available for the passengers of all classes of service. Several A330 offer «Internet on board» service allowing passengers to use Wi-Fi Internet access during flight.

Aeroflot operates A330 on both international and domestic long-haul routes. The range of this aircraft with maximum passenger load is up to 11,200 km. A330s are the backbone of Aeroflot’s long-haul fleet and meet all the requirements of security, reliability and passenger comfort.

The photos of A330 «E. Svetlanov » are available on our site: 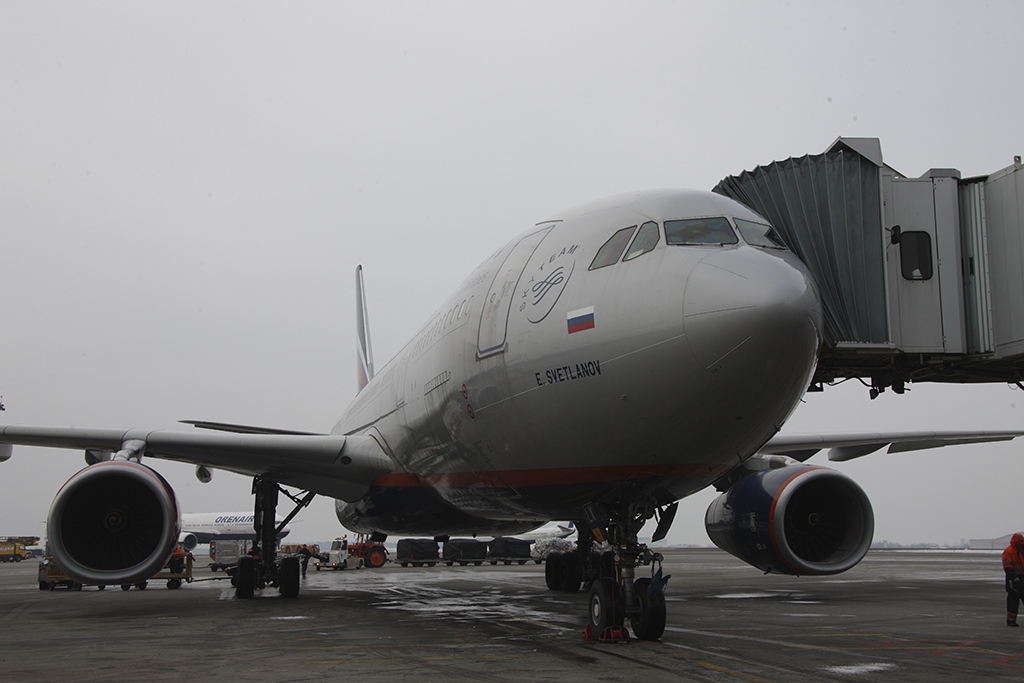 Сelebrating its 90-th anniversary in 2013, Aeroflot is Russia’s flagship airline and the largest national air company. Proudly being a member of the SkyTeam global airline alliance, Aeroflot with its partnering members provides service to more than 1000 destinations in 178 countries. Aeroflot operates one of the most modern and youngest fleets in Europe counting 141 aircraft formed by Airbus, Boeing and Sukhoi airliners with an average airplane age between five and six years old. In 2012 Aeroflot carried 17.7 million passengers (27.5 million passengers as Aeroflot Group), continuously showing the best results in modern Russia’s history. In June 2013 Aeroflot was for the second time awarded by SKYTRAX as The Best Airline in Eastern Europe. Find more at www.aeroflot.com.