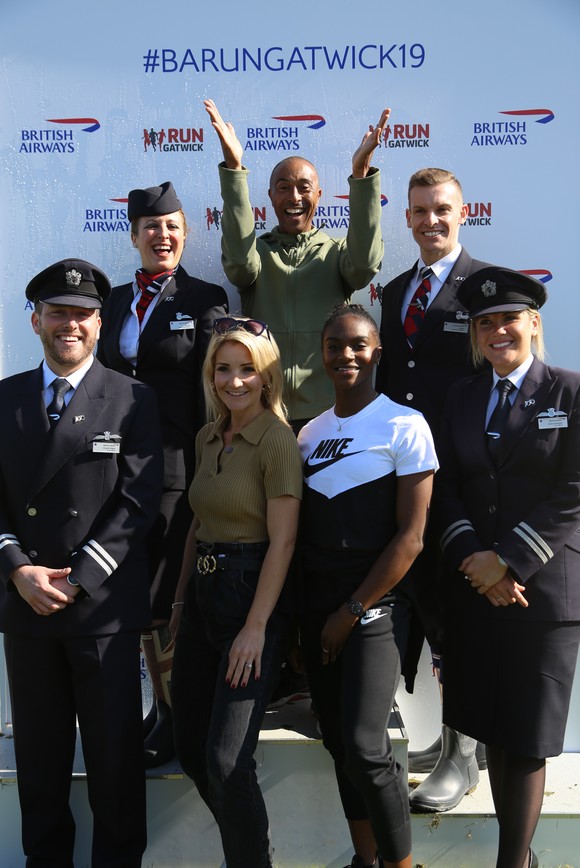 A record number of more than 5,000 runners put themselves through their paces on routes through the beautiful rural Sussex and Surrey countryside, Crawley town centre and Gatwick Airport.

British Airways Flying Start ambassadors Dina Asher-Smith and Helen Skelton joined Colin Jackson CBE at his second Run Gatwick event to celebrate with the runners. Representing the global charity partnership between the airline and Comic Relief, all three provided encouragement for the runners, started the races and mingled with entrants at the British Airways Basecamp.

Colin Jackson said “It was an absolute pleasure to be back at my second British Airways Run Gatwick event, supporting Flying Start and its valuable causes. All of the runners across the three races did amazingly well, and everyone seemed to be having a great time.”

New this year was the option to virtually run the race from anywhere in the world. Runners who couldn’t make it to Sussex can still register here to complete their chosen distance in their own time throughout May, during which £2 of the £12 registration fee will be donated to Flying Start.

Adam Carson, British Airways’ Managing Director of Gatwick, said: “It’s been a pleasure partnering with Run Gatwick for the second year, which takes part around one of our most important airport hubs, raising money for our charity partnership Flying Start. All of us at British Airways would like to thank and congratulate the runners today.”

It was the second time British Airways, who is celebrating its centenary this year, had sponsored the UK race, after supporting last year’s highly successful run. As before, entrants were treated to flight themed medals, while British Airways uniformed colleagues were on hand at the airline’s base camp and fan zones.

Race options in the British Airways sponsored run included a half marathon, a 5K and a family run attracting runners of all ages and abilities from the UK and abroad as well as employees from the airline.

More information about Run Gatwick can be found here: https://www.rungatwick.com/

Through Flying Start, the airline’s global charity partnership with Comic Relief, British Airways has been fundraising to help change the lives of vulnerable and disadvantaged people in the UK and around the world. British Airways customers and colleagues have raised over £22 million since the Flying Start partnership with Comic Relief began in 2010 These vital funds have supported more than 620,000 people in the UK and in some of the world’s poorest communities.