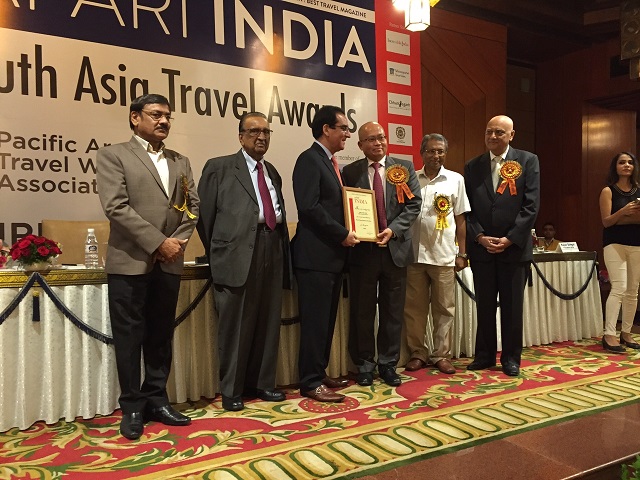 Vistara was adjudged one of India’s Most Promising Brands 2016. India’s Most Promising Brands 2016 is researched by iBrands 360, and evaluated by the World Consulting and Research Corporation (WCRC).  This list features the most trusted brands that show maximum promise based on their vision, growth and brand recall. Selections are based on thorough research. This was the 3rd edition of the awards, held at the Grand Hyatt, Goa, and Vistara made it to the top 25 out of a list of 300 brands.

The laurel comes a week before Phee Teik Yeoh, was awarded the Best Professional in Aviation 2016 by Safari India and the Pacific Travel Writers Association.

Vistara’s much awaited brand campaign featuring international superstar Deepika Padukone went live recently to positive reception. The airline is also overjoyed to be ranked on top for on-time performance for the month of July, 2016 by DGCA. Vistara has been consistently maintaining high OTP since its launch in January 2015.

And that was not all. The leading global air travel review website, Skytrax named Vistara the “most loved airline” based on customer satisfaction scores.