2013-07-23 — /travelprnews.com/ — Hotel Le Meurice, the first palace hotel in Paris, has invited Alain Ducasse to take over the management of its kitchens. He will bring to this landmark his innovative vision, ethos and dinstinctive take on contemporary French haute cuisine. From September, he will start working in the gastronomic restaurant, one of the most beautiful rooms in Paris with its 18th century style revisited by Philippe Starck in 2007, and the restaurant le Dalí, where the spirit of the surrealist artist still reigns supreme.

Ducasse commented, “I am honoured that Franka Holtmann, general manager of Le Meurice, with the support of François Delahaye, chief operating officer of Dorchester Collection, has asked me to come and join Le Meurice. French cuisine has a major place, a role and an impact in the world today. I am pleased to contribute to its success in the two finest locations in Paris: Hotel Plaza Athénée and Le Meurice.”

Alain Ducasse has over 25 years of experience and has designed the menus of many prestigious establishments worldwide, from Monaco to New York, Tokyo and Doha. At Le Meurice, he will offer an impeccably prepared cuisine that more than ever reflects his philosophy of focusing on the very essence of the product, continually seeking both simplicity and generosity.

His impact at Dorchester Collection, with three-star restaurants at Hotel Plaza Athénée in Paris and The Dorchester in London, is a key factor in his arrival at Le Meurice.

“In view of the closure of Hotel Plaza Athénée in order to expand it, I have the marvellous opportunity to continue offering contemporary French cuisine at Le Meurice. My philosophy still remains the same: a cuisine that concentrates on the essential with taste at its forefront.”

His world-renowned expertise is backed by his excellence in sharing knowledge: as a trainer and mentor, Alain Ducasse is now taking up the challenge of a new three-star restaurant.

Christopher Cowdray, chief executive officer of Dorchester Collection, commented:”Dorchester Collection seeks to align itself with the very finest and most prestigious global partners. Given the long-standing success of Alain Ducasse at two of our hotels, selecting him to oversee the culinary operations of Le Meurice was a natural choice to ensure its gastronomic reputation not only in Paris but the world.” 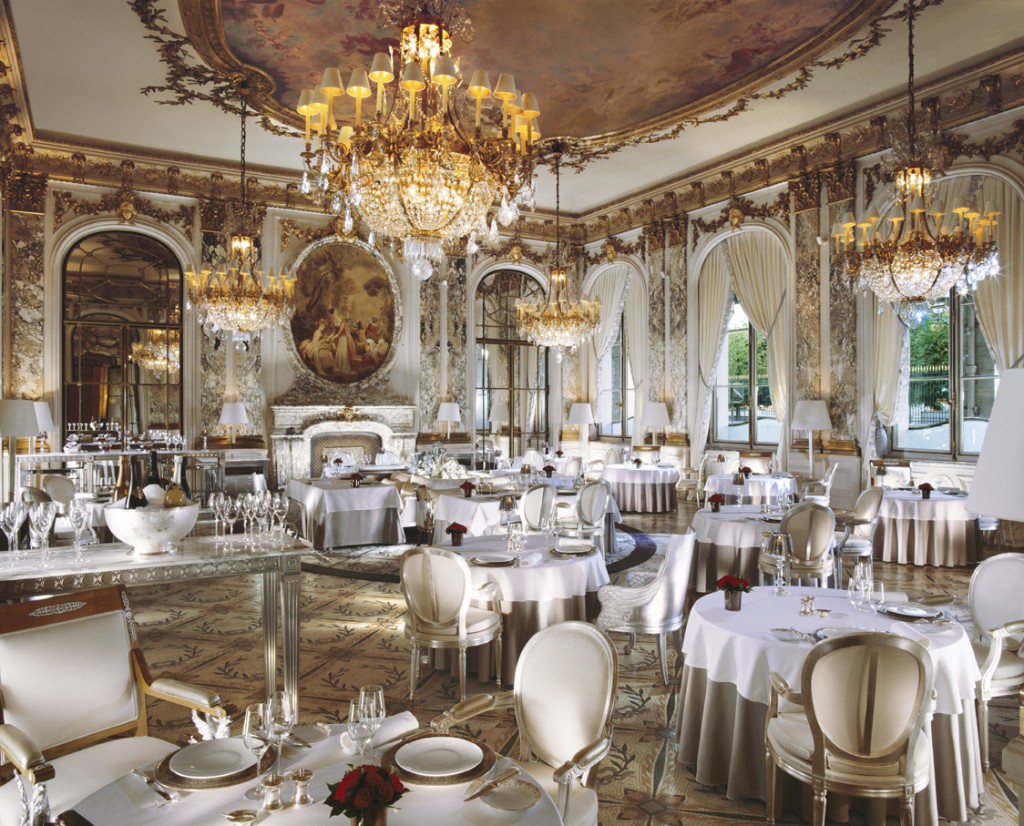