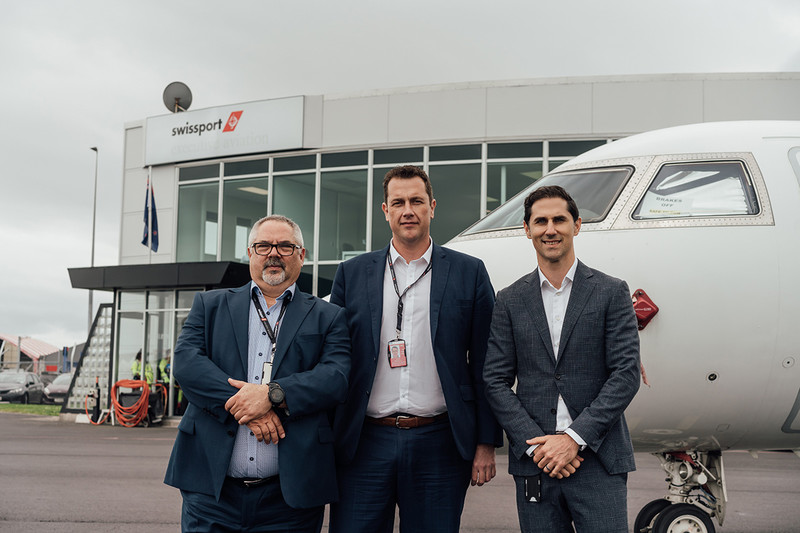 Opfikon, Switzerland, 2019-Oct-16 — /Travel PR News/ — Swissport’s presence in the Asia-Pacific region has received another boost with the launch of Swissport Executive Aviation at Auckland Airport, New Zealand. The Executive Aviation brand is replacing Skycare, the former Fixed Base Operation (FBO) of Aerocare, and now connects with more than 90 airports and 25 countries across the globe.

The Swissport Executive Aviation brand replaces Skycare, the Auckland-based Fixed Base Operations (FBO) and executive aviation arm of Aerocare, which has become a part of Swissport International AG in March 2018. With the brand alignment and the introduction of a seamless international service, Swissport Executive Aviation sets the basis for a structured future expansion of the service in the region and beyond.

According to Rob D’Alessio, Senior Vice President Australia & New Zealand at Swissport, the Auckland-based team was delighted to officially join the global network. “We have operated locally since 1987, delivering expert services at more than 47 locations throughout New Zealand, Australia and the South Pacific Islands. Joining the global network and operating under the well-known and trusted Swissport Executive Aviation brand will benefit our new and existing customers and set the benchmark for safety and seamless international service.”

Swissport Executive Aviation first launched in 2001 at the Nice Côte d’Azur Airport in France and has since grown to handle more than 24,000 flights per year at over 90 bases. Today it provides exclusive and discreet ground handling services to the international community of operators and executives who utilize private or corporate jets at airports worldwide. Its network connects with over 90 airports and 25 countries across the globe and is a part of Swissport, the world’s leader in airport ground services and air cargo handling.

In 2018, Swissport International AG provided best-in-class airport ground services for some 282 million airline passengers and handled roughly 4.8 million tons of air freight in 115 cargo warehouses worldwide. Several of its warehouses have been certified for pharmaceutical logistics by IATA’s CEIV. The world’s leader in airport ground services and air cargo handling, with 66,000 employees, achieved consolidated operating revenue of 2.99 billion euros in 2018. At the end of June 2019, Swissport was active at 310 airports in 49 countries on six continents.