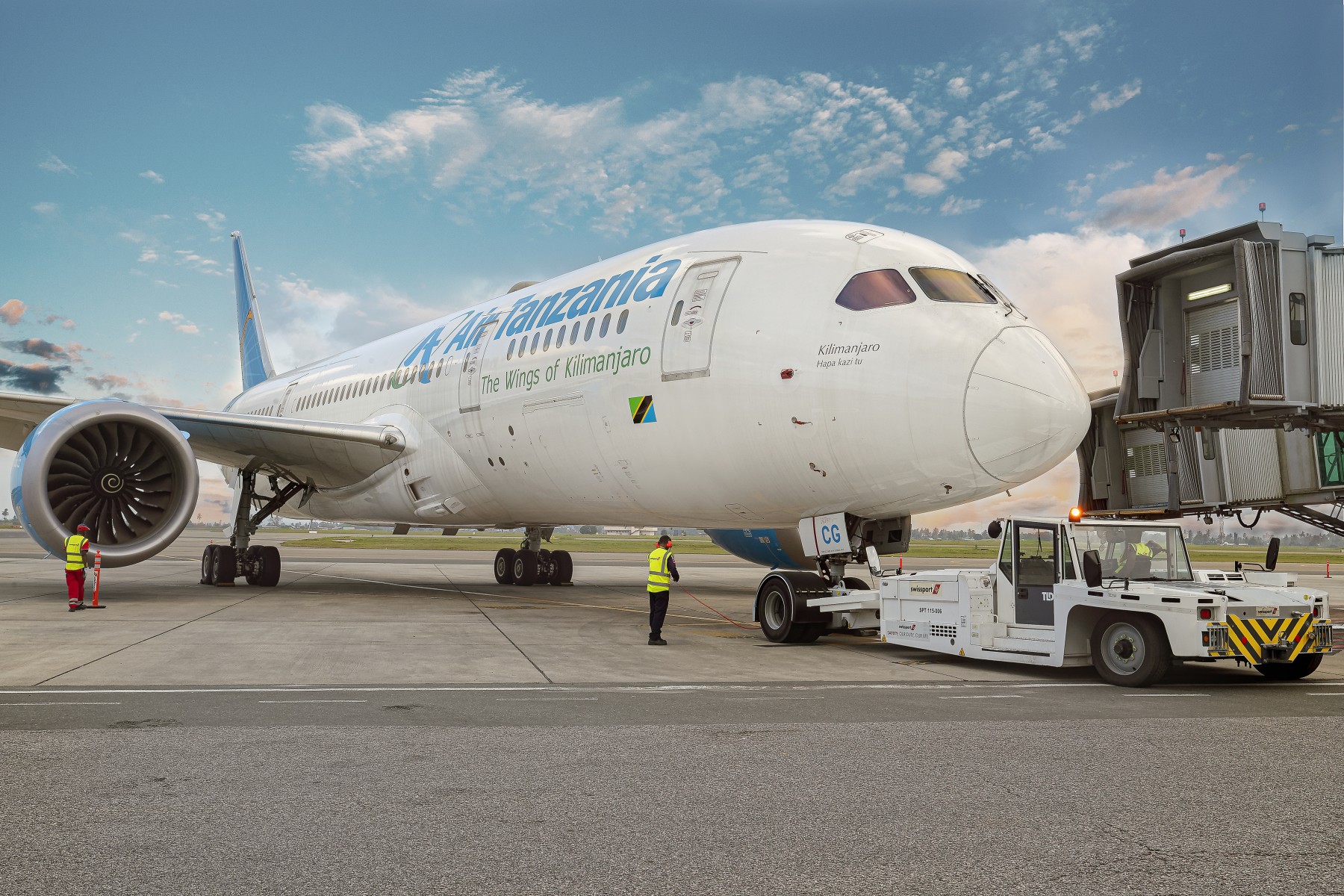 Zurich, Switzerland, 2022-Sep-06 — /Travel PR News/ — Swissport and Air Tanzania have extended their partnership at the airline’s Dar es Salaam home base for two more years until 2024. Swissport has been providing airport ground services and air cargo handling to Air Tanzania since early 2020.

Air Tanzania has been relying on Swissport for airport ground services at its Dar es Salaam (DAR) home base since 2020. The contract extension will see the successful partnership extended by two years until 2024. The renewed agreement includes a comprehensive service catalogue for airport ground services, air cargo handling, and aviation security for some 134 flights per week. At DAR, Swissport staff are servicing Boeing 787 Dreamliners, Airbus A220s and Bombardier Q400 aircraft for Air Tanzania, a leading airline in East Africa. The carrier operates ten domestic and six international destinations. In addition to Dar es Salaam, Swissport is also managing the airline’s hub operations at Kilimanjaro Airport (JRO), Air Tanzania’s second base.

“We are pleased that Air Tanzania has once again chosen Swissport as a partner for a range of mission critical ground services that have a significant impact on an airline’s on-time performance and reliability,” says Mrisho Yassin, Chief Executive Officer of Swissport Tanzania. “It underlines that our leading position in hub and large base handling is recognized across the industry and pays off also at the airport of the Tanzanian metropolis.”

Hub and large base ground operations are a strategic focus area and area of expertise that set Swissport apart. The global market leader in aviation ground services based in Zurich, Switzerland, currently provides some 850 airlines on six continents with a full suite of airport ground services and air cargo handling. For many years, Swissport has been providing hub operations for leading airlines. Examples are Swiss International Air Lines in Zurich (Switzerland) since 2001, Lufthansa in Munich (Germany), Qantas in Sydney and Melbourne (Australia), and Azul at Viracopos (Brazil). Ryanair and easyJet rely on Swissport at several large bases. Most recently, Swissport assumed the responsibility of providing hub handling services to ITA Airways at their hub in Rome Fiumicino, Italy.