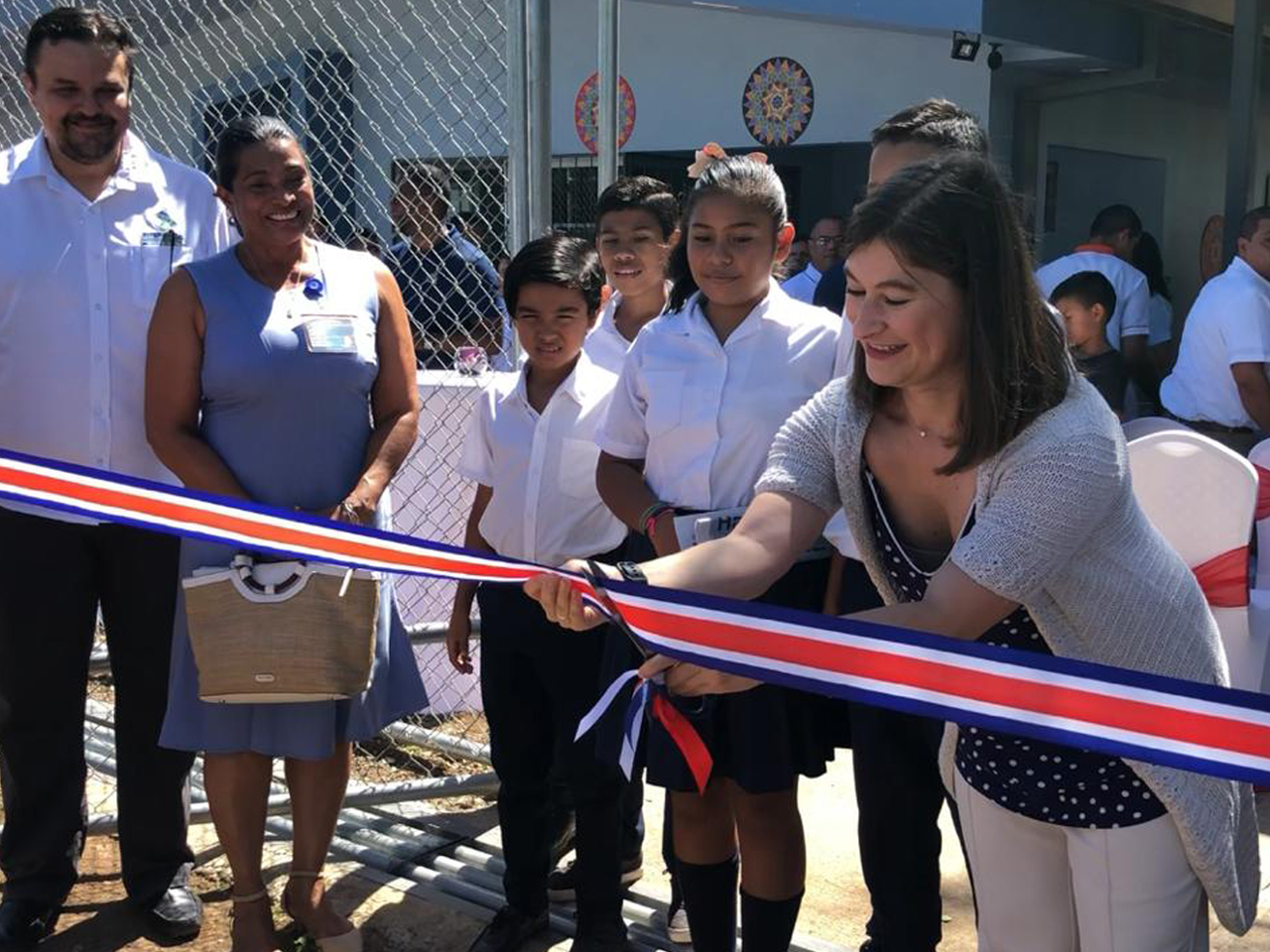 Lola Trian Riu, Corporate Social Responsibility Manager, travelled to Costa Rica to attend the inauguration. Lola had been asked to give a few words to those in attendance, to whom she sincerely told that “my greatest challenge and at the same time my greatest hope is to be able to develop projects like this which has gathered us all here today.” She also added that “talking about commitment and responsibility is, in my humble opinion, the same as talking about CSR.” It entails talking about how our activity can and must provide, contribute and help the social development of a community.” She ended her speech by emphasising that “the objective is very clear: to make sure that everyone in the region knows about the clinic so that we can positively contribute, more each year, to children’s health.”

Local authorities and representatives from the communities that will benefit from the opening of the new medical centre also attended the inaugural act.

The clinic started to operate at the end of August, and since then, has proved to be very positive, given that in the month of September, 70 visits were made and in October this figure practically doubled with 133 appointments.  The clinic has the necessary staff and technical equipment to offer preventative healthcare to 5,000 children in the communities of Artola, Nuevo Colón and Sardinal, among other nearby areas. This is a real plus given that now parents do not have to travel to other places to take their children to visit a medical practitioner.  RIU’s contribution has been to fully renovate and equip the health centre, and starting from now will pay the salaries of at least three members of staff: paediatrician, nursing assistant and secretary.

This project has been the first outcome of the new RIU methodology employed in the decision-making processes regarding social responsibility investments in destinations. A prior study was made of the area, during which the community, workers and other agents were consulted, and the needs of the environment ascertained to be able to perform actions like this in destinations. This is a innovative action process given that it has never been done before in the hotel sector, and one that the chain will apply from hereon.

The international RIU chain was founded in Mallorca by the Riu family in 1953 as a small holiday firm and is still owned by the family’s third generation. The company specialises in holiday resorts and over 70% of its establishments offer its acclaimed All Inclusive by RIU service. With the inauguration of its first city hotel in 2010, RIU is expanding its range of products with its own line of city hotels called Riu Plaza. RIU Hotels & Resorts now has 92 hotels in 19 countries which welcome over 4 million guests a year and provide jobs for a total of 28,894 employees. RIU is currently the world’s 34th ranked chain, one of the Caribbean’s most popular, the third largest in Spain in terms of revenue and the fourth largest in number of rooms.