“This year we celebrate 10 years of flying to China,” said Qatar Airways Chief Executive Officer Akbar Al Baker.  “The addition of our seventh route in China will provide additional connectivity for business and leisure travellers connecting from Asia, the Middle East and GCC countries. Just two months after the launch of the Chengdu service, we are able to offer our passengers even more options for flying into China with the addition of Hangzhou.”

A state-of-the-art Airbus A330 will be operated on the Doha – Hangzhou route. The aircraft will feature 260 seats with 24 seats in Business Class and 236 seats in Economy. Selected aircraft will feature seatback TV screens, providing passengers with the next generation interactive on board entertainment system, featuring a choice of more than 800 audio and video on-demand options.

Qatar Airways began operations to China in 2003 with the launch non-stop flights to Shanghai, with the airline further expanding its portfolio over the past decade with the addition of Beijing, Guangzhou, Hong Kong, Chongqing and Chengdu.

Hangzhou, which is the fourth-largest metropolitan area in China, is known for its rich history and picturesque scenery. The city, one of the top tourist sites in China, is also referred to as ‘Paradise on Earth’, ‘Home of Silk’ and ‘Tea Capital’. Highlights for tourists to Hangzhou include:

• West Lake – This fresh water lake has been an attraction for centuries. The enormous land-and-water park, has some 40 scenic and/or historic sites, comprising more than 30 key cultural relics which are distributed around the lake.

• Linying Temple – With a history of over 1600 years, the temple comprises of nine buildings, eighteen pavilions, seventy-seven palaces and halls with over thirteen hundred rooms providing accommodation for around three thousand monks.

• National Silk Museum – It is the world largest silk museum introducing the 5000 years of silk development history in China. The exhibits include silk products from the Neolithic Age to present day, showing the long development history of the silk.

• Xixi National Wetland Park – It is the only national wetland in the integration of city wetland, farming wetland and culture wetland. White wooden houses with dark decorations in traditional Chinese style spread out in harmony with the most beautiful of trees.

• Wuzhen – A typical water town, buildings are lying on the sides of river, showing Low Bridge, Stream Running and Cottages. Wuzhen is still a living town, where daily life goes on as it has been for about one thousand years, and it is honored as “The Last Resting-on-water Town in China”.

Notes to Editors:
On October 30, 2013, Qatar Airways joined the oneworld Alliance, becoming the only major Gulf carrier to join a global airline alliance, enabling its customers to benefit from almost a thousand airports in more than 150 countries, with 14,000 daily departures.

Qatar Airways was presented with three honours at the annual Skytrax 2013 World Airline Awards held during the Paris Air Show at Le Bourget, France in June. The airline was awarded World’s Best Business Class, World’s Best Business Class Lounge and, for the second consecutive year, Best Airline Staff Service in the Middle East. The airline has also been named Best Airline in the Middle East for the seventh year in a row, and its Premium Terminal at Doha International Airport named Best Premium Service Airport for the third consecutive year in 2013. Qatar Airways has also twice been the recipient of the prestigious Skytrax Airline of the Year Award in 2011 and 2012.

Skytrax is the only global independent passenger survey monitoring airline standards and is considered the ultimate benchmark for excellence in the airline industry.

Qatar Airways currently has orders worth over US$50 billion for more than 250 aircraft, including Boeing 787s, 777s, Airbus A350s, A380s and A320 family of aircraft. On 30 October 2013, Qatar Airways will join the oneworld global alliance. For more information, visit www.qatarairways.com. 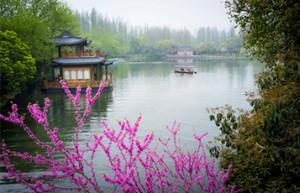