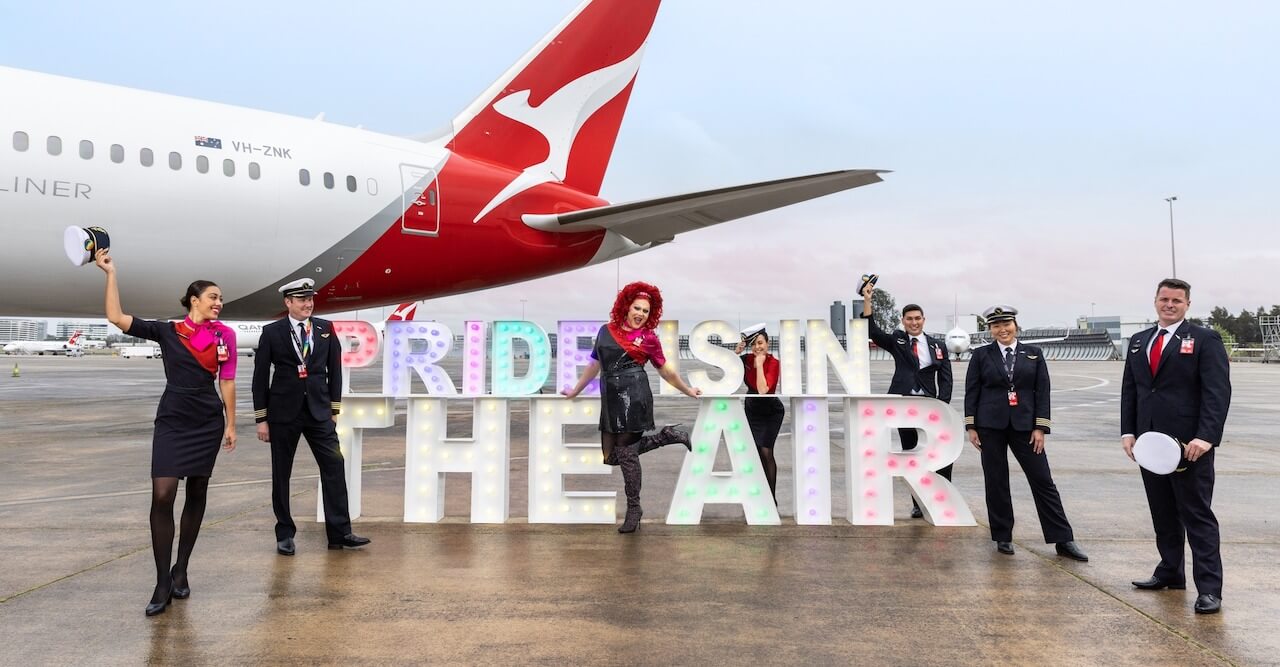 Sydney, Australia, 2022-Oct-20 — /Travel PR News/ — The sky is set to sparkle when the Qantas WorldPride Flight from Los Angeles to Sydney takes off on 22 February 2023, bringing members of the American LGBTQI+ community to Australia to celebrate Sydney WorldPride.

As a proud supporter of the LGBTQI+ community Qantas is the official airline partner for Sydney WorldPride. The three-week WorldPride festival is being held in the Southern hemisphere for the first time and coincides with the famous Sydney Gay and Lesbian Mardi Gras.

A general admission ticket to Live and Proud: Sydney WorldPride Opening Concert, featuring special guest performer Kylie Minogue, will be a special gift from Qantas for all passengers on the flight.

Qantas Group CEO Alan Joyce said the Australian national carrier was proud to continue its work as a champion for diversity and equal rights, including on LGBTQI+ issues.

“Supporting the LGBTQI+ community is part of the Qantas spirit and this flight will be operated by members of the Qantas Illuminate network, a community of Qantas LGTBQI+ employees and their allies.

“We are proud to bring visitors from the USA not only to celebrate Sydney WorldPride, but also to experience all that this vibrant city and country has to offer.”

Ahead of Sydney WorldPride, Qantas has partnered with the International LGBTQ+ Travel Association (IGLTA) to support people travelling to Sydney for the festival. John Tanzella, President/CEO of IGLTA, welcomed the new partnership with the flying kangaroo.

“For more than 25 years, Qantas has been an outstanding advocate for LGBTQ+ communities across Australia, and a champion in promoting a safe, equitable, and diverse culture for both their customers and staff. We’re so excited to welcome another leading travel brand that has demonstrated long-term support for our community into our family of Global Partners.”

Sydney WorldPride CEO Kate Wickett said the Qantas WorldPride flight will make it easy for visitors from the USA to travel to Sydney for the festival.

“I can’t think of a more dazzling or glamorous way to arrive in Sydney than on this incredible WorldPride flight. The USA is by far the biggest market for international visitors coming to Sydney for WorldPride and we’re excited that Qantas is helping our guests arrive in fabulous style.”

The Qantas WorldPride Flight will go on sale today with seats bookable at qantas.com/worldpride starting from $1,545 USD return. It will be operated by a 236-seat Boeing 787-9 Dreamliner with Economy, Premium Economy and Business class cabins. The flight will operate with net zero emissions, with 100 per cent of emissions carbon offset.