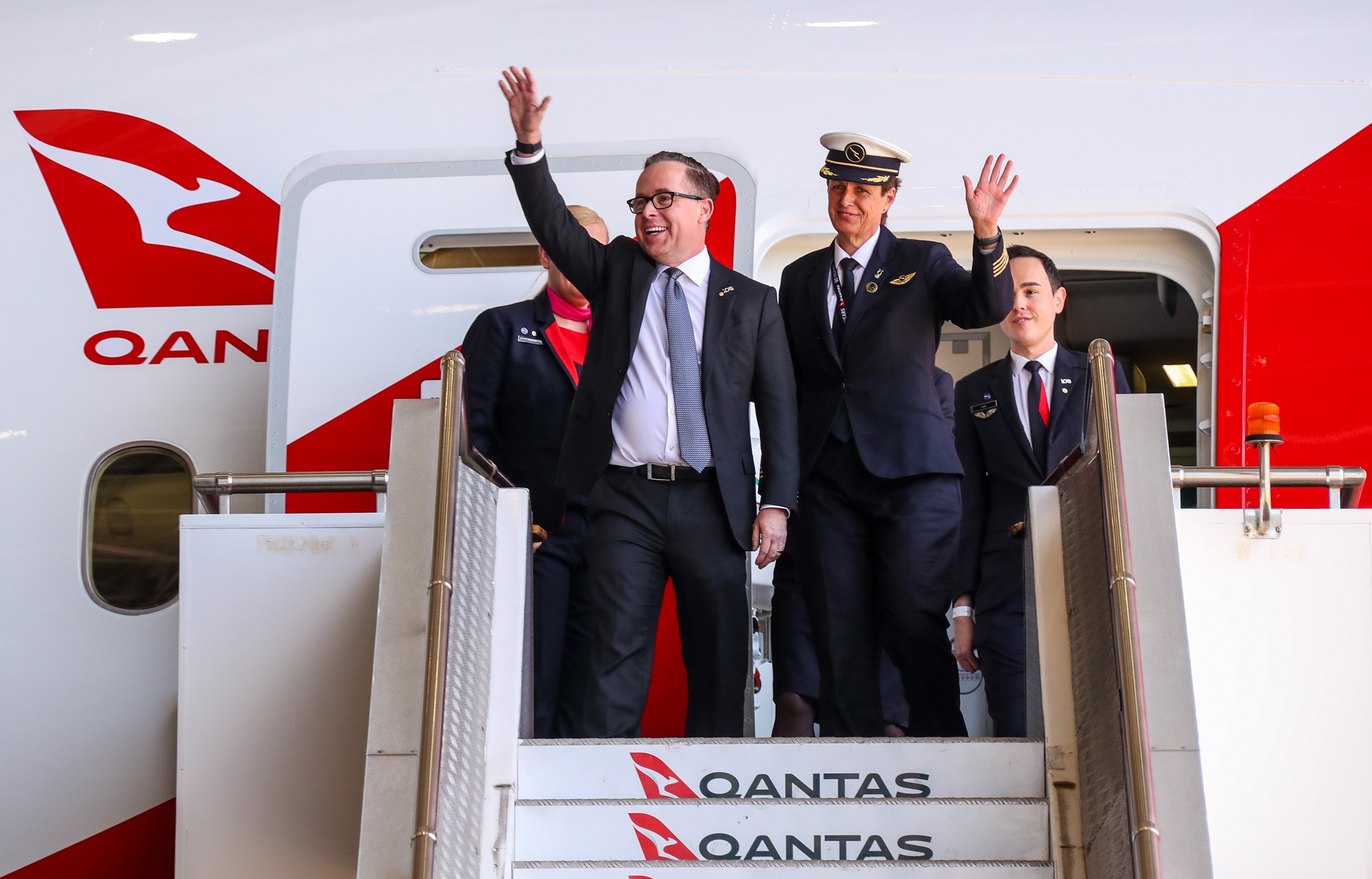 Sydney, Australia, 2019-Nov-18 — /Travel PR News/ — Qantas has kicked off 12 months of centenary celebrations as it marks a fresh milestone in aviation with a non-stop London to Sydney flight.

Flown by the latest addition to the national carrier’s fleet, a brand new Boeing 787 Dreamliner landed in Sydney at  12:28pm, 19 hours and 19 minutes after leaving Heathrow. It follows the non-stop New York to Sydney flight last month as the second of three research flights aim at improving crew and passenger wellbeing on ultra long haul services under consideration.

The direct flight reduced total travel time by around two hours compared with current one-stop services from the east coast of Australia. It is only the second time any commercial airline has flown this route non-stop, after Qantas flew a near-empty 747-400 in 1989. (See more detail on research flight at end of this release.)

The new Dreamliner was met by more than 1,000 Qantas employees to mark the flying kangaroo’s 99th birthday and kick off 12 months of celebrations as it heads towards its centenary.

Three components of those celebrations were revealed today – special livery on a new Dreamliner that will be seen at airports around the world, featuring every Qantas logo since 1920; a $1 coin to mark the 100th that will enter circulation next year; and a touring exhibition that will visit a number of cities around Australia.

Qantas Chairman Richard Goyder said: “Qantas is a national icon because it’s been such a big part of Australian life for so long.

“We started in outback Queensland carrying mail and a few passengers in the 1920s. We grew as Australia grew, and we’ve had important support roles during wars, national disasters and celebrations. Our founders talked about overcoming the tyranny of distance and through the years we’ve moved from bi-planes, to single wing, to jets to help bring things closer,” added Mr Goyder.

Qantas Group CEO Alan Joyce said: “Almost a century after our first flight, Qantas and Jetstar carry more than 50 million people around this country and the globe each year. I’m sure that would amaze our three founders, who held the early board meetings of this company at the local tailor’s shop because it was the longest table they could find.”

“A lot of Australians saw the world for the first time on a flying kangaroo. And a lot of migrants started their life in Australia when they first stepped on a Qantas plane.
“There are so many amazing Qantas stories that also tell the story of modern Australia. We want our centenary to be a celebration of those stories as well as how we’ll be part of taking the spirit of Australia further in the years ahead,” added Mr Joyce.

ABOUT THE CENTENARY AIRCRAFT

The new 787 Centenary livery aircraft will fly across key Qantas international destinations, including Los Angeles, New York, San Francisco and London. Named Longreach after the Queensland town that was key to the airline’s origins, it joins nine other Qantas 787s that are all named after things that are iconically Australian, including Skippy, Great Southern Land, Waltzing Matilda and Jillaroo.

ABOUT THE $1 CIRCULATING COIN

The Royal Australian Mint will produce approximately 5 million limited edition one-dollar coins to be used in Australia for every day cash transactions, which will go into general circulation from February 2020.

For collectors, there is an eleven-piece collection set featuring key milestones and images of aircraft from across the decades including the Avro, Catalina Flying Boat, Boeing 707 and 747 and the A380. The centrepiece is a Kangaroo copper coin similar to the original Australian penny, which inspired Qantas’ iconic Kangaroo symbol. Sets are available at www.qantasstore.com.au.

ABOUT THE DIRECT LONDON-SYDNEY FLIGHT