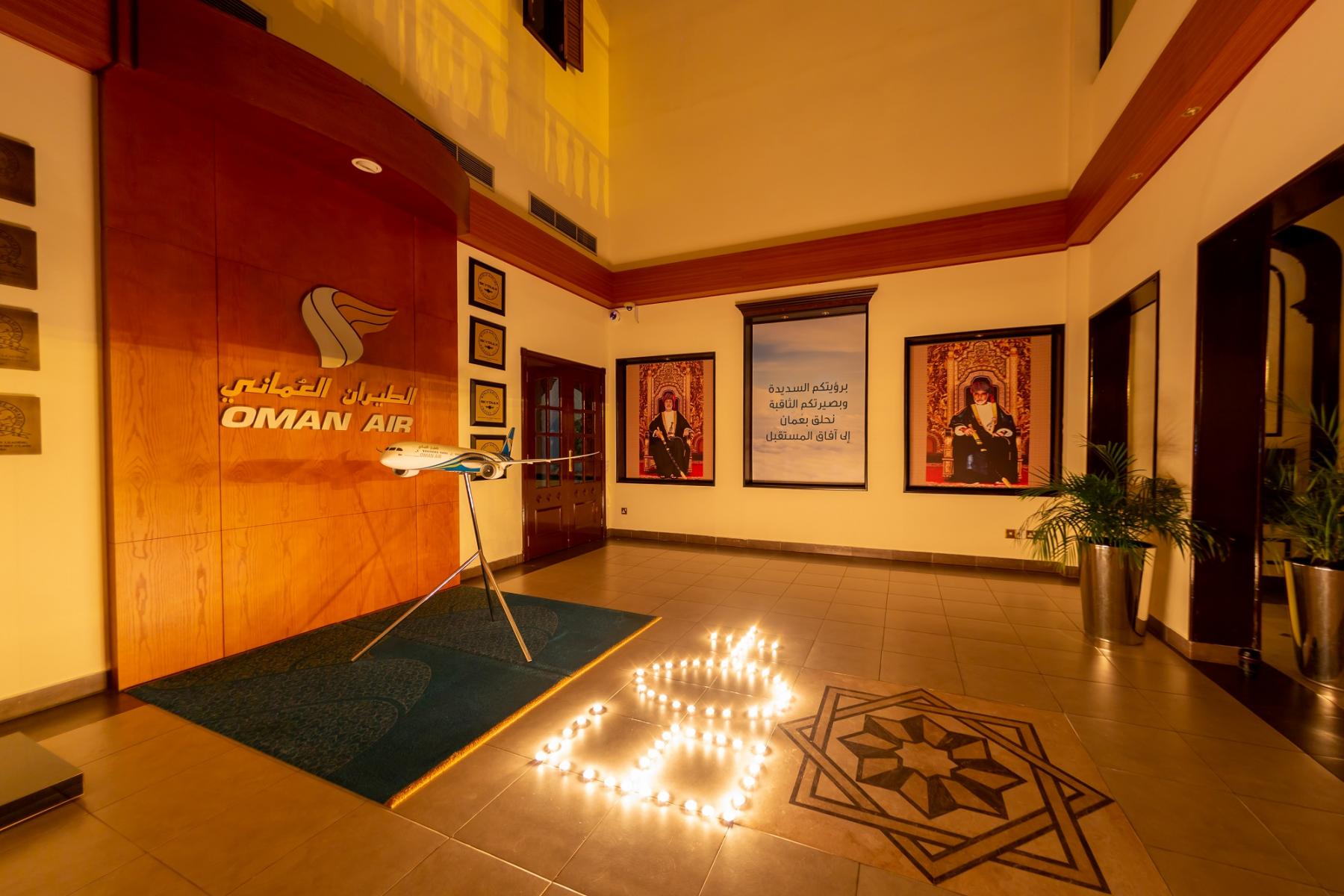 Muscat, Oman, 2022-Mar-31 — /Travel PR News/ — Lights went out across Oman Air’s headquarters in Muscat, as well as across its network destinations, as the national carrier of the Sultanate of Oman marked Earth Hour at 08:30 pm to 9:30 pm local time on 26 March.

The airline was joined by tens of thousands of organizations and millions of people around the world in marking Earth Hour by switching off lights for one hour to highlight the importance of tackling climate change.

Oman Air’s Headquarters in Muscat took the lead on behalf of the airline, and was joined by its offices in Europe, the Middle East, South and South East Asia and Africa. Many of the airline’s partners also participated in the initiative.

Eng. Abdulaziz Al Raisi, Oman Air’s Chief Executive Officer stated: “Oman Air was once again proud to take part in Earth Hour this weekend, when we switched off the lights in all but our most essential services in order to raise awareness about the importance of protecting our planet. This is the 12th consecutive year that Oman Air has joined millions of people on every continent in drawing attention to the role that each of us can play in minimising our environmental impact. I would like to thank all of our staff, throughout our network, not only for participating in Earth Hour, but also for playing an active part in moving Oman Air’s environmental programme forward.”

Earth Hour was launched in 2007 by international campaigning organisation WWF. Since then, the initiative has captured the imagination of people around the world and, last year, 192 countries and territories came together on to lend their support for the planet.

You may also be interested in:  Discover a safe paradise and embrace a tropical escape at Grand Park Kodhipparu, Maldives Reopening our doors on the 15 July 2020 to our loyal repeaters and global travellers.