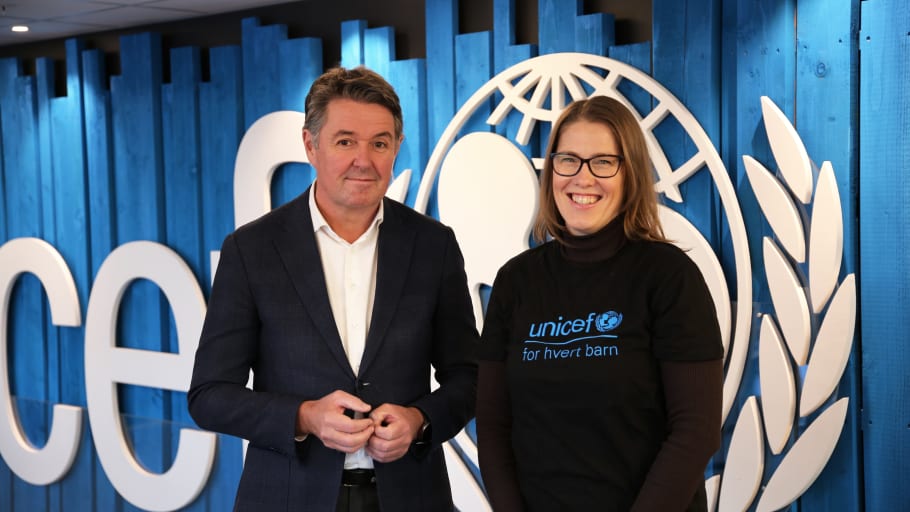 LONDON, UK, 2021-Dec-07 — /Travel PR News/ — For almost 15 years, Norwegian has had a partnership with UNICEF Norway. Norwegian has contributed with humanitarian actions, fundraising campaigns and donations from customers and employees. In total, the collaboration has given UNICEF Norway more than NOK 50 million, and the partnership was today (3 DECEMBER 2021) renewed for another three years.

“I am proud to extend the collaboration with UNICEF Norway. Internally in Norwegian, the partnership creates a lot of commitment, and we see that our contributions are yielding results. Through fundraising campaigns from employees, donations from customers and humanitarian campaigns in collaboration with the Norwegian authorities, we have together contributed to giving children all over the world better living conditions”, says Geir Karlsen, CEO of Norwegian.

So far this year, Norwegian’s customers have chosen to donate a total of NOK 1.2 million to UNICEF Norway. In addition, Norwegian has a tradition of refraining from giving Christmas presents internally instead choosing to give UNICEF Norway NOK 300,000 every year.

“We are both happy and grateful that we are renewing the partnership with Norwegian. What we have in common are values and ambitions to build a better world for children. Since 2007, we have achieved a lot with Norwegian. The corona pandemic has set back some of our sustainability goals. However, thanks to contributions from Norwegian, we are getting closer and closer to our goal of reaching every child in need” says Camilla Viken, Secretary General of UNICEF Norway.

In the new co-operation agreement, several of the UN’s sustainability goals are put on the agenda. Historically, Norwegian and UNICEF have worked together for the world’s number one goal: to eradicate poverty. Going forward, sustainability goals 8 and 13 will also be central to the collaboration: Decent work and economic growth, and stopping climate change.

Norwegian’s collaboration with UNICEF Norway has helped hundreds of thousands of children around the world. Since the partnership was entered into in 2007, Norwegian and the company’s customers have raised more than NOK 50 million for UNICEF Norway. Customers can choose to give a monetary gift to UNICEF Norway when they buy airline tickets via the company’s website.

The new agreement has a duration of three years and applies in the period 2021-2023.