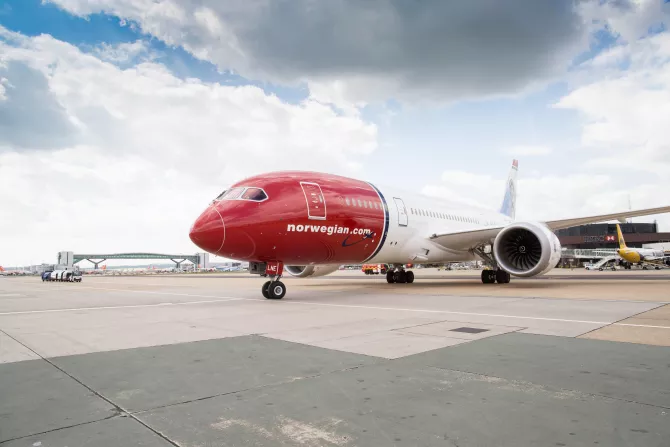 Fornebu, Norway, 2017-Apr-09 — /Travel PR News/ — Norwegian is continuing its transatlantic expansion by launching two new routes from London Gatwick to Seattle and Denver on sale now from £199 at www.norwegian.com/uk

More than 125,000 seats are available on Norwegian’s first route to America’s Pacific Northwest and the only route from Gatwick to Denver. With affordable fares and convenient schedules, Norwegian will give cost-conscious business and leisure travellers more affordable choices for travel to the USA.

From 17 September – Europe’s third largest low-cost carrier will commence a year-round service from Gatwick to Seattle-Tacoma International Airport. Four weekly flights will operate on Monday, Wednesday, Friday and Sunday with fares from £199.

From 16 September – Norwegian will begin a brand new year-round service from Gatwick to Denver International Airport with fares from £199. A twice-weekly service will operate on Tuesday and Saturday during the summer season and will increase to a three weekly service in the winter with an additional Thursday departure.

Passengers will fly on the state-of-the-art Boeing 787 Dreamliner aircraft, which offers up to 344 seats in two cabins. Passengers can choose from a modern economy cabin with seatback inflight entertainment and a Premium cabin, which offers spacious seating with more than a metre of legroom, complimentary meal service and a generous baggage allowance from £599.90 to Seattle and Denver.

Thomas Ramdahl, Chief Commercial Officer at Norwegian said: “Our new Seattle and Denver routes reflect the huge consumer demand on both sides of the Atlantic for quality affordable long-haul travel.

“With our USA flights over 90 per cent full, we are excited to add Seattle to our growing list of US destinations while breaking the monopoly on UK flights to Denver.

“As we expand our high quality services to the USA, we will continue offering passengers greater choice, convenient schedules and affordable fares when flying Norwegian.

“Our global expansion is also creating jobs in the air and on the ground in Europe and the US.”

“Denver repeatedly scores top for quality of life in the US, experiences more sunshine than Miami and is the gateway to the great outdoors including the Rocky Mountains. Seattle too is famous for its coastline and lush evergreen forests and has a thriving cultural scene that offers a wide choice of theatres and galleries.

“Crucially, both cities are prominent business centres known for their hi-tech and advanced manufacturing industries. Both are also gateways for trade across the US so this new connectivity comes at an important time for UK businesses, including those that export cargo.”

Seattle is The Emerald City, which combines the excitement of an urban sprawl with the opportunity to explore the city’s national park surroundings with Mt. Rainier in the backdrop. The city is also home to a thriving culinary and cultural scene and has a booming tech industry, making Norwegian’s new Seattle service perfect for both business and leisure.

Norwegian will be the only airline from Gatwick and second in the UK to offer a direct service to Denver. Consumers now have a more affordable connection to the Mile High City and a springboard to some of the world’s finest ski resorts and the renowned Rocky Mountains.

Passengers will be able to earn and spend CashPoints – the currency for Norwegian’s award-winning loyalty programme, Norwegian Reward. The loyalty scheme is free to join where members can earn rewards and reduce the cost of future flights with Norwegian.