New destinations, major anniversaries and LOVE popping up around the Commonwealth next year

RICHMOND, Va. – 2012-12-13 — /travelprnews.com/ — A vacation in Virginia is all about love, pure and simple. Virginia enjoys its well-deserved reputation as a top American travel destination with high-quality experiences that enable visitors to feel completely connected to loved ones. Though millions flock to Virginia each year the Commonwealth never rests on its laurels. Every year brings new attractions, big renovations and additions – and there always seems to be a significant anniversary or two.

In 2013 there’s even more love to go around as Virginia celebrates proud milestones and welcomes new members to its family of outstanding things for visitors to enjoy. Here are just a few highlights:

Love is at the heart of every Virginia vacation. Plan your travels at www.Virginia.org or call 1-800-VISITVA for a free Virginia is for Lovers Travel Guide. Follow us on Facebook and Twitter.

Note to media: Images of the LOVE artwork are available for publication at www.vatravelstories.com, the official pressroom of the Virginia Tourism Corporation. 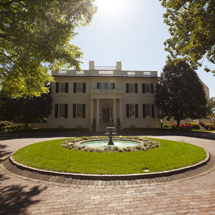