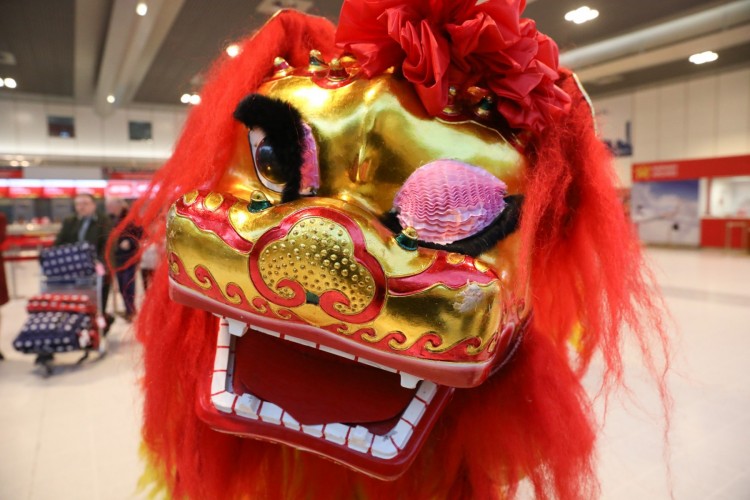 Manchester, UK, 2020-Jan-23 — /Travel PR News/ — The Year of the Rat is set to be a significant one for the UK’s third large airport, Manchester, as flights to Shanghai commence in March with leading Chinese carrier, Juneyao Air.

The route will be of huge popularity with the 183,000 people in the airport’s catchment area who currently travel to the powerhouse of Shanghai via other means. As well as being a huge boost for Northern businesses, it will also be of great importance to the student and ethnic markets. Manchester boasts Europe’s third largest Chinatown and the North has seen a nine per cent increase in Chinese students since Manchester’s route to Beijing launched three years ago.

“Chinese New Year is all about prosperity and new beginnings and that is clearly true for the 183,000 people in our catchment area this new route will benefit. Not only will the enhanced connectivity benefit existing passengers and business going to Shanghai, it will also stimulate new trade and tourism opportunities for everyone. We’ve seen first-hand how a new connection, most notably our service to Beijing, can generate and unlock a range of economic benefits. In just three years our route to Beijing has delivered a 38% increase in Chinese visitors, a 94% increase in average spend per visit and a 41% growth in export values. We are sure the same will come from this service to Shanghai with Juneyao Air.

“Routes like this and the other long-haul ones we’ve announced and launched this year demonstrate the role we play in the North, connecting people and businesses to key global hubs. As the year goes on and our £1bn transformation continues, we will continue to play this role to help everyone in the North continue to prosper.”

“What better way for China to welcome in the New Year with a new route to Manchester, and Juneyao Air’s first base in the UK.

“We are sure the route will be a huge success and look forward to flying one of our state of the art Boeing Dreamliners 787-900 on it. The Year of the Rat is set to be an exciting one for us all at Juneyao Air as we forge stronger ties with Manchester and the North.”

“This new lunar year will be another significant one for Manchester’s relationship with China. 2020 will see the continued prioritisation of economic growth in the North of England, which will provide major Chinese organisations with significant opportunities for investment. Alongside this, it will herald a new post-Brexit era of opportunities for the UK and Greater Manchester, in accelerating its collaboration with the world’s most dynamic growth economy.

“The Year of the Rat is already looking like a prosperous one. In March, we will welcome the third route to China from Manchester Airport launched in five years. Juneyao Air’s service to Shanghai will enable the North of England to benefit from enhanced connectivity to a leading global financial centre at the cutting edge of technology and innovation; providing Greater Manchester with a chance to further strengthen its position as the UK’s largest commercial and tech hub outside of London.”

To celebrate the Chinese New Year and to thank all of its passengers the airport has a host of celebrations planned to see in The Year of the Rat in style. These include flights to Shanghai to be won, traditional lion dancers/Chinese acrobatics, a performance from the airport choir, and Instagram-worthy traditional Chinese retail carts for passengers to get that pre-flight selfie.

Chinese lanterns welcome passengers arriving at the airport through its Skylink and the airport will also sponsor the annual Chinese New Year celebration in Chinatown, which is expected to attract upwards of 75,000 people.

Flights to Shanghai with Juneyao Air start on 30 March. They will operate three times per week on the airline’s flagship 787-9 Dreamliner with two classes – business and economy.

The aircraft offers comfortable ergonomic seating, enhanced definition intuitive touch personal entertainment screens and wireless internet access. All seats in Business Class have direct access to the aisle and can be fully reclined into a bed position, giving passengers a superior sleep experience, which greatly enhances the level of the travel comfort. The seats in the Economy Class are designed to provide comfortable personal space and state-of-the-art individual on-demand entertainment.

Shanghai will be Manchester’s third route to China, with Hong Kong launched in 2014 with Cathay Pacific and Beijing with Hainan Airlines in 2016.