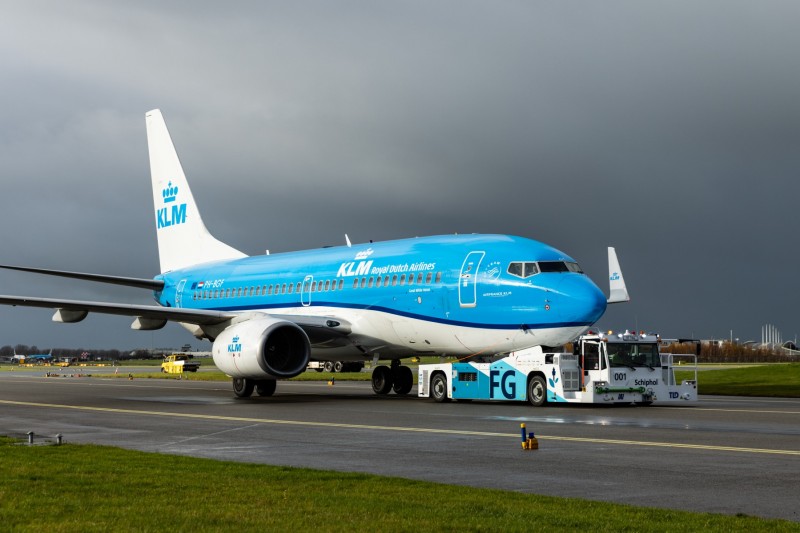 Amstelveen, Netherlands, 2023-Jan-17 — /Travel PR News/ — KLM is committed to reducing its environmental impact as part of a transparent and responsible sustainability policy. An important part of this relates to its commitment to reduce Scope 1 and Scope 3 emissions by 30% per revenue tonne kilometre (RTK) by 2030 compared to 2019. Together with Air France-KLM and Air France, this target was submitted and recently approved by SBTi’s Target Validation Team. SBTi has determined that it complies with the well-below 2°C trajectory set for the airline industry, as determined by the Paris Agreement signed in 2015.

The Air France-KLM Group designed a coherent approach developed within the Group’s Destination Sustainability strategy with the ambition of CO₂ emission reduction based on three main pillars. The SBTi targets approval is a key element for the Group to ensure that Air France-KLM decarbonization strategy is coherent with scientific objectives.

Together with Air France-KLM and Air France, KLM has strong ambitions when it comes to making aviation more sustainable and balancing the development of our network with the environment. This requires major and fundamental decisions regarding our fleet, operations and our fuel use. The Science Based Targets and the associated CO2 reduction trajectory provide clarity and at the same time entail major challenges. To make them feasible and possible, we work closely with each other and with our sector partners to come up with technical solutions and innovations that support the energy transition in aviation.

You may also be interested in:  DoubleTree by Hilton Monroe Township Cranbury hotel opens in New Jersey after renovations

KLM is committed to reducing the environmental impact of its activities as far as possible.

The following three pillars are important to this approach:

Additionally, KLM cooperates with a wide variety of sector partners. We are committed to developing innovative solutions for aircraft design and maintenance, engines and synthetic fuels. Aside from the target that has now earned SBTi validation, KLM is also committed to achieving other objectives intended to reduce our environmental impact.

SBTi – a scientific approach in compliance with the Paris Agreement

The Science Based Targets initiative (SBTi) is a global body enabling businesses to set ambitious emission reduction targets in line with the latest climate science. The initiative is a partnership between the Carbon Disclosure Project (CDP), the United Nations Global Compact, the World Resources Institute (WRI) and the World Wide Fund for Nature (WWF). SBTi independently assesses and validates companies’ CO2 emissions targets based on a scientific approach and criteria.

You may also be interested in:  British Airways adds Barcelona, Luxembourg, Milan and Thessaloniki to its European routes for 2022 summer season