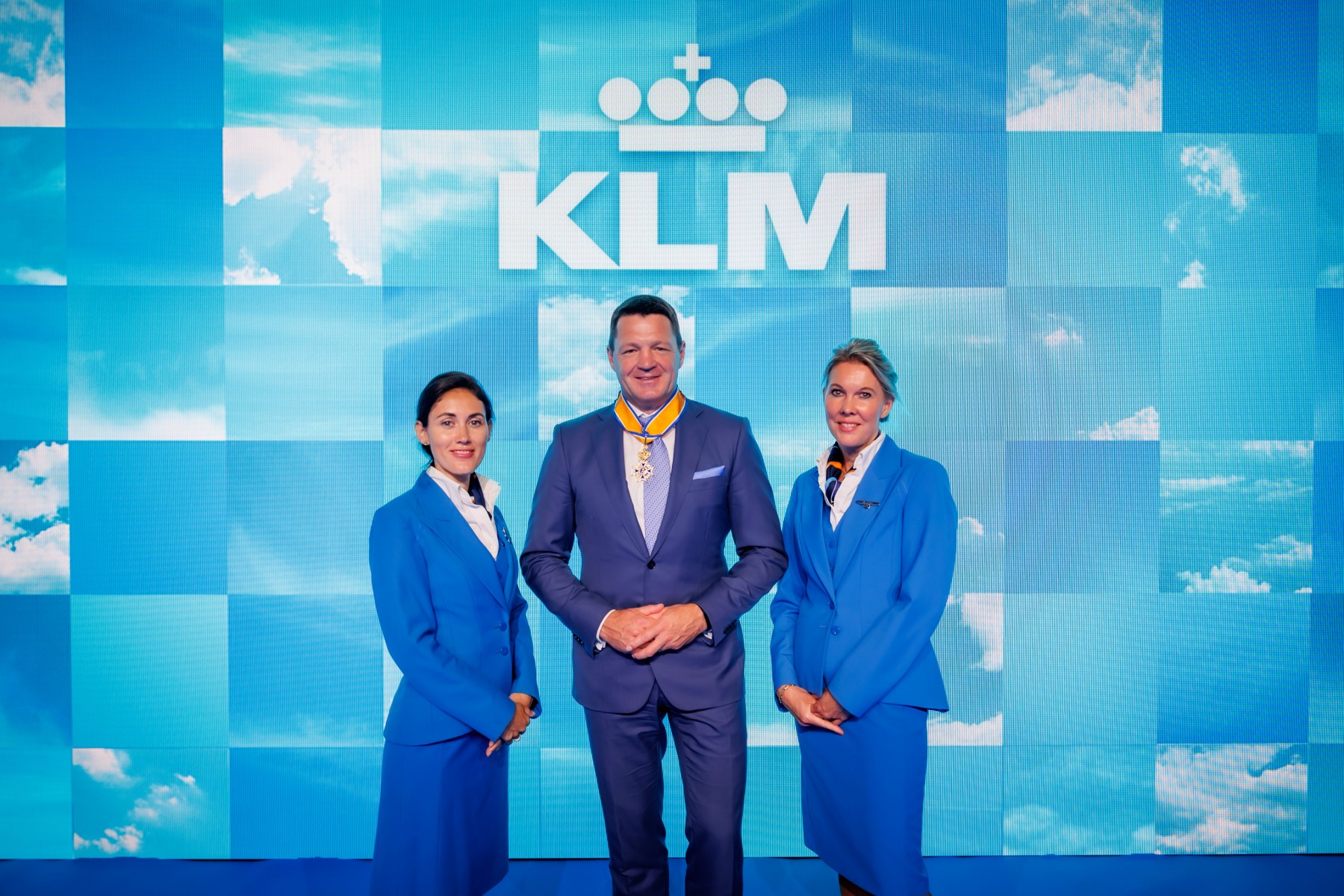 KLM CEO Pieter Elbers accorded with Commander in the Order of Orange-Nassau title by His Majesty, King Willem-Alexander

Amstelveen, Netherlands, 2022-Jul-02 — /Travel PR News/ — His Majesty, King Willem-Alexander today (29 June 2022) accorded KLM CEO Pieter Elbers the title of Commander in the Order of Orange-Nassau at his farewell reception because of his tireless efforts for KLM and the airline industry in the Netherlands. The royal decoration was presented to him by the Dutch Minister of Infrastructure and Water Management Mark Harbers. This memorable event took place during Pieter Elbers’ farewell reception in one of KLM’s hangars at Schiphol-East.

Elbers received the decoration for his binding capacity and decisiveness. In the years following the crisis in 2008, he turned KLM into a financially healthy, vital and innovative airline of enormous national and international value thanks to its extensive network. In so doing, he has contributed positively towards making the Netherlands an attractive base for businesses considering establishing themselves on Dutch soil. And with KLM, he created employment opportunities both within and outside the airline industry. Although the pandemic hit the airline industry especially hard, Elbers ensured that KLM kept the world accessible for everyone. Air bridges were set up to transport huge volumes of medical relief supplies to the Netherlands and other parts of the world. He also ensured that hundreds of thousands of people could be repatriated. The decisiveness and meticulousness of recovery initiated by Elbers make him a much-loved CEO.

In the presence of hundreds of guests, the minister thanked Pieter for his tireless efforts and wished his successor Marjan Rintel all the very best.

Pieter Elbers joined KLM 30 years ago. He was appointed CEO in 2014. Marjan Rintel will take over the reins from him on 1 July 2022. As of that same date, KLM’s statutory Board of Managing Directors will – in addition to Marjan Rintel – consist of Erik Swelheim (Chief Financial Officer) and René de Groot (Chief Operating Officer). Elbers will start as CEO of the Indian airline IndiGo on 1 October.