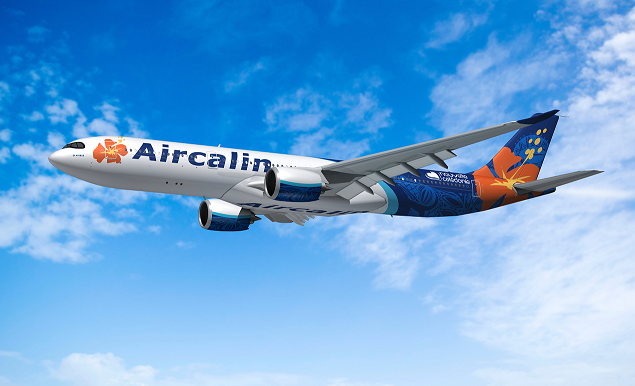 Tokyo, Japan, 2019-Sep-13 — /Travel PR News/ — Aircalin, the international airline of New Caledonia and Japan Airlines today (September 12, 2019) announced a codeshare agreement.  The agreement will allow Japan Airlines to offer five weekly flights between Noumea (NOU) and Tokyo Narita (NRT), as well as two weekly flights between NOU and Osaka Kansai (KIX).  Aircalin will place its code on flights to major cities in Japan, such as Osaka, Fukuoka, Nagoya and Sapporo, which will provide greater options for customers.

William Le Grand, Chief Commercial Officer, Aircalin, said: “This codeshare agreement with Japan Airlines is a historic achievement for Aircalin. We are confident it will contribute to develop touristic traffic to New Caledonia as well as to Japan. We are committed to building a fruitful and lasting partnership.”

Hideki Oshima, Executive Officer, Japan Airlines, said: “We’re delighted to announce this new partnership with Aircalin. It is exciting for us to add New Caledonia, a beautiful island with splendid beaches, to our network. Together with Aircalin, we will provide convenient travel options to our passengers.”

Once regulatory approvals are obtained, tickets will be progressively made available for sale through various booking channels.

Thanks to commercial agreements with more than 20 airlines, Aircalin is able to offer its customers travel beyond its own network, to over 100 destinations worldwide.

Aircalin’s livery celebrates the diversity of New Caledonia. The colors and patterns represent the culture, lagoon and biodiversity of this unique Island destination.

About Japan Airlines
Japan Airlines (JAL) was founded in 1951 and became the first international airline in Japan. A member of the oneworld® alliance, the airline now reaches 349 airports in 52 countries and regions together with its codeshare partners with a modern fleet of 231 aircraft. Awarded as one of the most punctual major international airlines and a certified 5-Star Airline by Skytrax, JAL is committed to providing customers with the highest levels of flight safety and quality in every aspect of its service, and aims to become one of the most preferred and valued airlines in the world.