A Tale of Two Cities pairs the Scottish capital with other locations that have shared key periods of change over the centuries, and uses a combination of archival material and innovative technology to explain the stories of two cities.

Edinburgh’s first partner is the Chinese city of Nanjing, and visitors to Edinburgh Castle can now delve into the stories linking the two with an exhibition housed in the castle’s Royal Apartments from 9th December 2015 – 14th February 2016.

Following the success of the exhibition in China, where it was seen by over 1 million visitors at the newly opened Nanjing Museum, it was also announced today that the exhibition’s new partner for 2016 will be the Portuguese capital of Lisbon.

Co-curated by new public heritage body, Historic Environment Scotland, the exhibition takes visitors on an interactive journey showing how cities develop over time. Using archival material and digital touch tables, the exhibition spans the centuries. Visitors are able to chart Edinburgh’s development from when Arthur’s Seat was an active volcano, through the creation of the Old and New towns, right up to the present day. Visitors can also explore parallel development in Edinburgh’s partner cities using an interactive exhibit which strips back the layers of urban history.

“I am thrilled that the exhibition can now be seen in Scotland for the first time. When I was curating it, I was fascinated to uncover the similarities between Edinburgh and Nanjing. These cities have shared key periods of ambitious expansion and change, and are both impressive examples of urban innovation and historical preservation.

“What we are now doing is taking this concept on the road, working with other world cities that have experienced similar stories. It’s fantastic to be able to announce the new partnership with Lisbon Museums. What started as a tale of two cities has become a tale of three cities, and we hope this number will continue to grow in the future.”

Joana Sousa Monteiro, Director of the Museum of Lisbon, said:

“When we first heard about A Tale of Two Cities from the curators, it immediately struck us as a very appealing and modern project. It provides a new comparative perspective on Edinburgh and Nanjing, shedding light on both the past and present – so we’re excited to do the same for Edinburgh and Lisbon with the new version of the exhibition coming to Lisbon in 2016.

“Our two cities have a lot in common in the way they have developed, for example the way the modern city of Lisbon was redesigned after the earthquake of 1755 influenced the plan and design of Edinburgh’s New Town. It will be exciting to rediscover our own story alongside Edinburgh’s as we develop the new exhibition.”

A Tale of Two Cities is developed by Edinburgh-based Nomad Exhibitions in conjunction with Historic Environment Scotland.

Welcoming the Edinburgh and Nanjing version of the exhibition to Scotland for the first time, Fiona Hyslop, Cabinet Secretary for Culture, Europe and External Affairs, said:

“A Tale of Two Cities is a pioneering global partnership between Scotland and China – the first full curatorial partnership between a Chinese museum and an institution from another country, and the latest example of cultural collaboration between Scotland and China since both countries signed a Cultural Memorandum of Understanding in 2011. The First Minister visited China in July to renew Scotland’s commitment.

“I am delighted that this ground breaking exhibition, which has already welcomed more than 1.2 million visitors in China, will now be proudly displayed at Edinburgh Castle as part of Scotland’s Year of Innovation, Architecture and Design, and pleased to announce that plans are now underway to develop a new version in conjunction with the Museum of Lisbon.”

A Tale of Two Cities will be on display to the public at Edinburgh Castle from 9th December 2015 to 14th February 2016. This exhibition is included in the cost of admission to the castle. 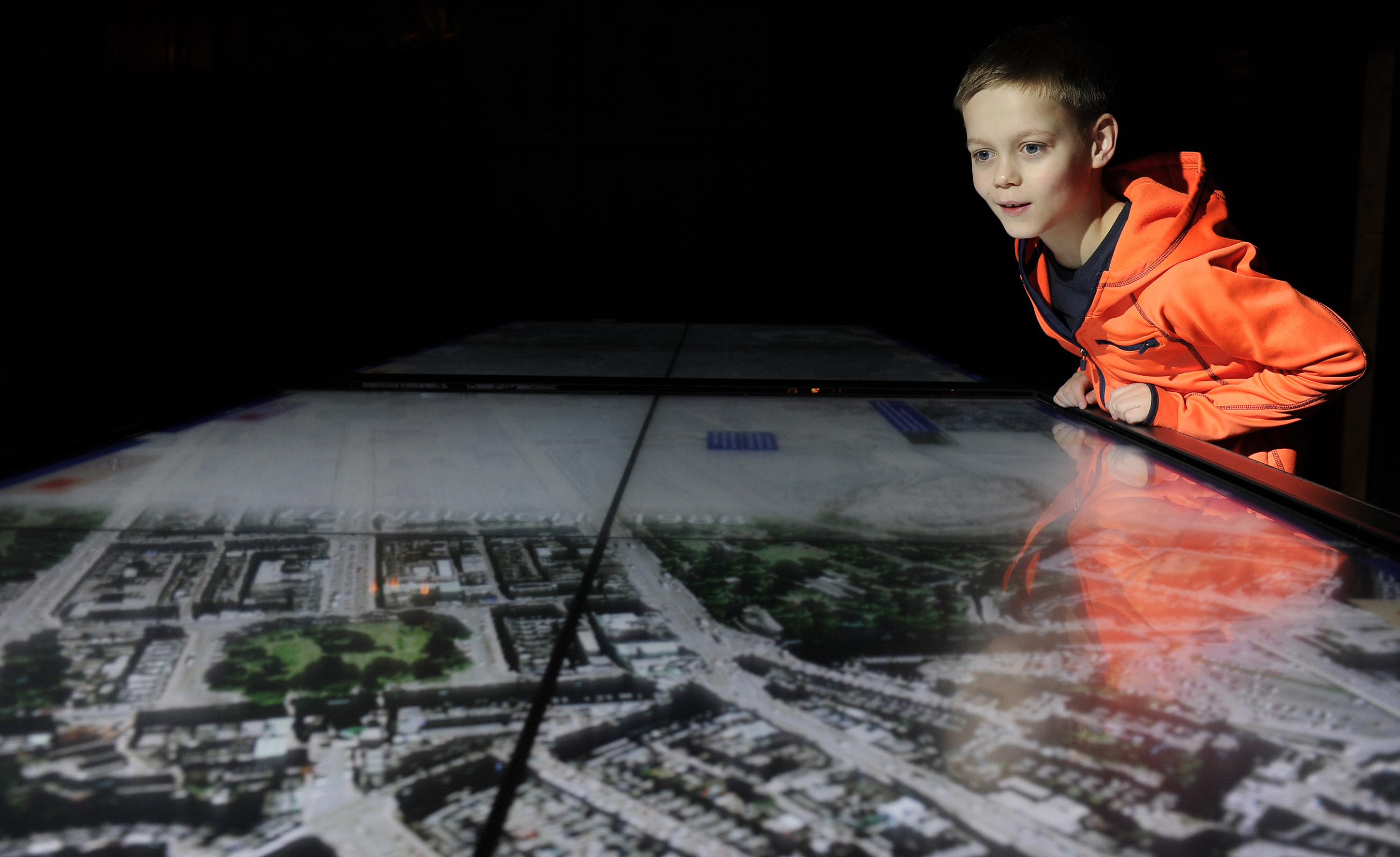 Historic Scotland: Exhibition exploring the links between Edinburgh and other major cities opens at Edinburgh Castle