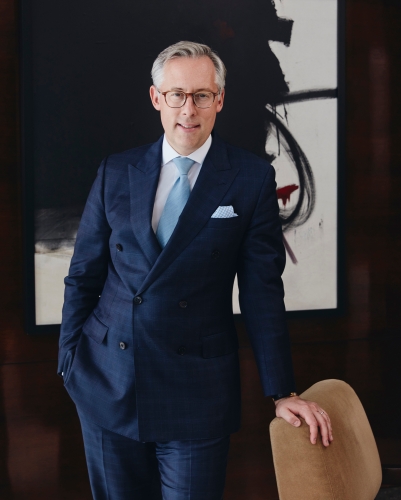 Hong Kong, China, 2022-Jun-15 — /Travel PR News/ — Christian Poda makes the move from Four Seasons Hotel Beijing to Four Seasons Hotel Hong Kong as Regional Vice President and General Manager. His move marks the start of an exciting chapter at the iconic Hotel as he will be overseeing the completion of the Hotel renovation, debuting the new look for its signature suites and enhancing the food and beverage portfolio to provide a holistic experience to guests. In addition, he will also be overseeing operations at Four Seasons Hotel Guangzhou, Shenzhen and the upcoming opening of Four Seasons in Suzhou.

Hong Kong marks a significant homecoming for Christian. His deep admiration for the city and its culture started back in 2006 as he assumed the role of Director of Rooms at Four Seasons Hotel Hong Kong. This Asian melting pot with a mélange of influence from both the East and the West holds a special place in his heart.

While Asia has been his home for many years, Christian was born and raised in Berlin, Germany where his Four Seasons journey began. “I remember going into this really elegant small hotel and seeing the intricate attention to detail, elaborate floral arrangements, and everyone smiling like they were truly happy to work there,” he says of his first impression of the former Four Seasons Hotel Berlin. “People behaved very differently. They called each other by their first names. It was totally different from a traditional European hotel and this heritage of innovation continues at Four Seasons today.”

“I am delighted to be entrusted this opportunity to lead one of the most iconic Four Seasons properties in Asia and look forward to enhancing guest experiences with new offerings and lead the dream team to new heights. Four Seasons Hotel Hong Kong is a property recognized as the pinnacle of luxury; it is essential to honour the past, respect the future and stay relevant at all times.”