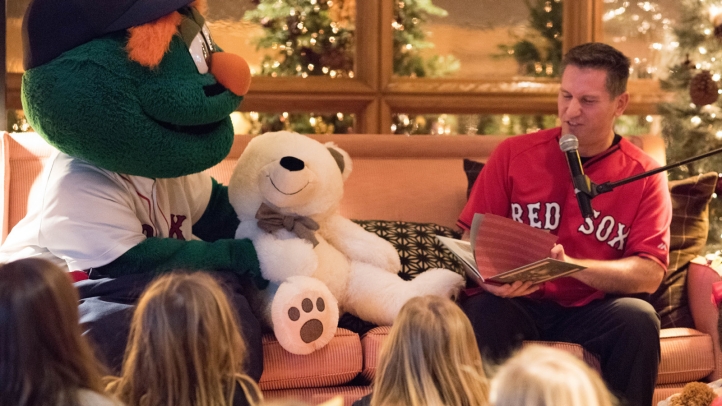 Boston, U.S.A., 2019-Dec-06 — /Travel PR News/ — Four Seasons Hotel Boston announces the celebrity readers for the Teddy Bear Tea event at The Bristol. Now in its 22nd year, the Teddy Bear Tea is a special holiday tradition for families that celebrates the spirit of giving: young guests are invited to bring a teddy bear that is donated by Four Seasons Elves to local children’s hospitals and charities. The Tea includes a special teddy bear themed menu, live music with The Voice finalist Kim Cherry, and a special story time with a local celebrity reader.*

*The Voice finalist Kim Cherry will entertain most days, with back-ups possible throughout the month. Celebrity readers listed above are subject to change.

A few seats to The Teddy Bear Tea remain through an overnight stay package and Four Seasons Hotel Boston now presents an all-new option for all those seeking a memorable family experience this festive season: The Teddy Bear Breakfast – with spots still available.

Held on December 21, 2019, the Teddy Bear Breakfast is in partnership with WCVB-TV and includes delicious food for all ages plus endless holiday entertainment, including a kids’ DJ with dancing, face painting, story time and a Santa Tracker weather report by Meteorologist Cindy Fitzgibbon. Families will also enjoy appearances from Four Seasons own Truffles the Bear as well as cast members from Boston’s Urban Nutcracker.

All collected teddy bears will be donated to the Home for Little Wanderers. For additional information and tickets, click here.

Learn about the additional holiday happenings and seasonal pop-ups at Four Seasons Hotel Boston, from a complimentary roasted chestnut cart to the festive lobby champagne Holly Bar, a gingerbread house decorating contest, tastings of local Artifact Cider with holiday horoscopes and front row seats to the New Year’s fireworks on the Boston Common – and that’s just the start. Visit the Hotel’s Holiday Landing Page for every detail. Four Seasons Hotel Boston is, beyond doubt, the city’s holiday epicentre.