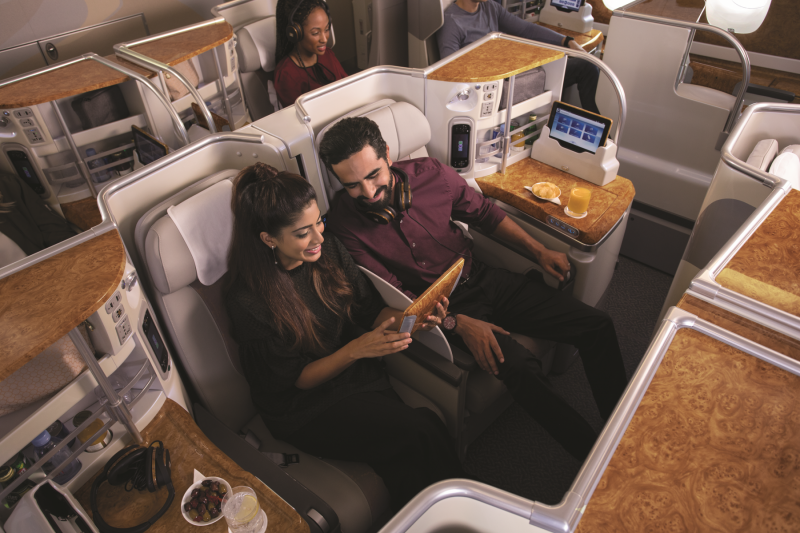 Emirates updates its inflight content this October with documentaries and movies featuring the late Queen Elizabeth II, Elvis Presley, and The Beatles

Dubai, UAE, 2022-Oct-05 — /Travel PR News/ — Honouring the iconic figures who have shaped both culture and history throughout the 20th century, Emirates passengers can now watch a host of acclaimed documentaries and movies featuring the late Queen Elizabeth II, Elvis Presley, and The Beatles, on the award-winning ice inflight entertainment system this October.

Celebrating its 17th year as the ‘World’s Best Inflight Entertainment’ at the Skytrax World Airline Awards, the ice line-up includes exclusive brand-new releases such as Elizabeth: A Portrait in Parts- a touching tribute that charts the remarkable life of Queen Elizabeth II, the longest reigning British monarch and longest serving female head of state in history. Weaving together a nostalgic montage of footage of the Queen over 70 years, the viewer is transported on a creative and emotive journey through her lifetime.

Passengers can also enjoy the critically acclaimed 2022 movie – Elvis, a Baz Luhrmann directed biographical musical drama, which has already been a huge hit in the box office. True Elvis Presley fans can further immerse themselves in his extraordinary musical career with the Elvis Spotlight Collection featuring six of his classic movies; Jailhouse Rock (1957), It Happened at the World’s Fair (1963), Viva Las Vegas! (1964), Tickle Me (1965), Speedway (1968) and Live a Little, Love a Little (1968). A further two documentaries on the rock and roll star including ‘Making the Movies Special – Elvis + Music in Films’ and ‘Classic Albums: Elvis Presley’ are available to watch on ice.

Music fans can engage in an exploration of the one of the world’s most influential bands, Brit rock and roll foursome – The Beatles, in a new documentary, The Beatles and India. The film is a unique historical chronicle of the enduring love affair between The Beatles and India featuring rare archival footage, photographs, eye-witness accounts, and expert comments on the contrast between their fast-paced celebrity lives in the West and their search for spiritual bliss in India, which lead to an inspirational burst of creative song-writing.

entitled Val, which examines the life, career, and health struggles of Hollywood star Val Kilmer, in addition to the box office busting 2022 Top Gun Maverick movie and the original Top Gun (1986) starring the actor, both available on ice.

Throughout 2022, the most-viewed genres on ice so far are documentaries, action, thrillers, and comedies. The most watched movies on ice this year include Spider-Man: No Way Home, the latest James Bond movie No Time to Die and the Academy Award® winning King Richard starring Will Smith. The most popular family and kids’ movies include Boss Baby: Family Business, Encanto, and Sing 2.

Emirates continually updates its inflight content, adding hundreds of movies, TV shows, podcasts, and music channels each month to its extensive entertainment library. More new movies and shows now on ice include Minions: The Rise of Gru, Where the Crawdads Sing, Father of the Bride (2022), The Black Phone, James Webb: The $10 Billion Space Telescope, and the 2022 Emmy® award-winning Hacks: Seasons 1 and 2.

Passengers enjoying an Emirates flight can access a world class entertainment library with more than 45 Academy Award® winning films, 5,000 channels of on demand entertainment, over 1,500 movies and 1,500 hours of TV, as well as music, podcasts and audiobooks across 40 languages, 5 channels of live TV including news from BBC, CNN and Sky News Arabia, and two channels with live sport coverage- Sport 24 and Sport 24 Extra.

Passengers can also curate their own ice experience before their flight, simply by browsing and pre-selecting movies or TV shows on the Emirates app, which can then be synced to ice the moment they board, maximising the seamless travel experience.