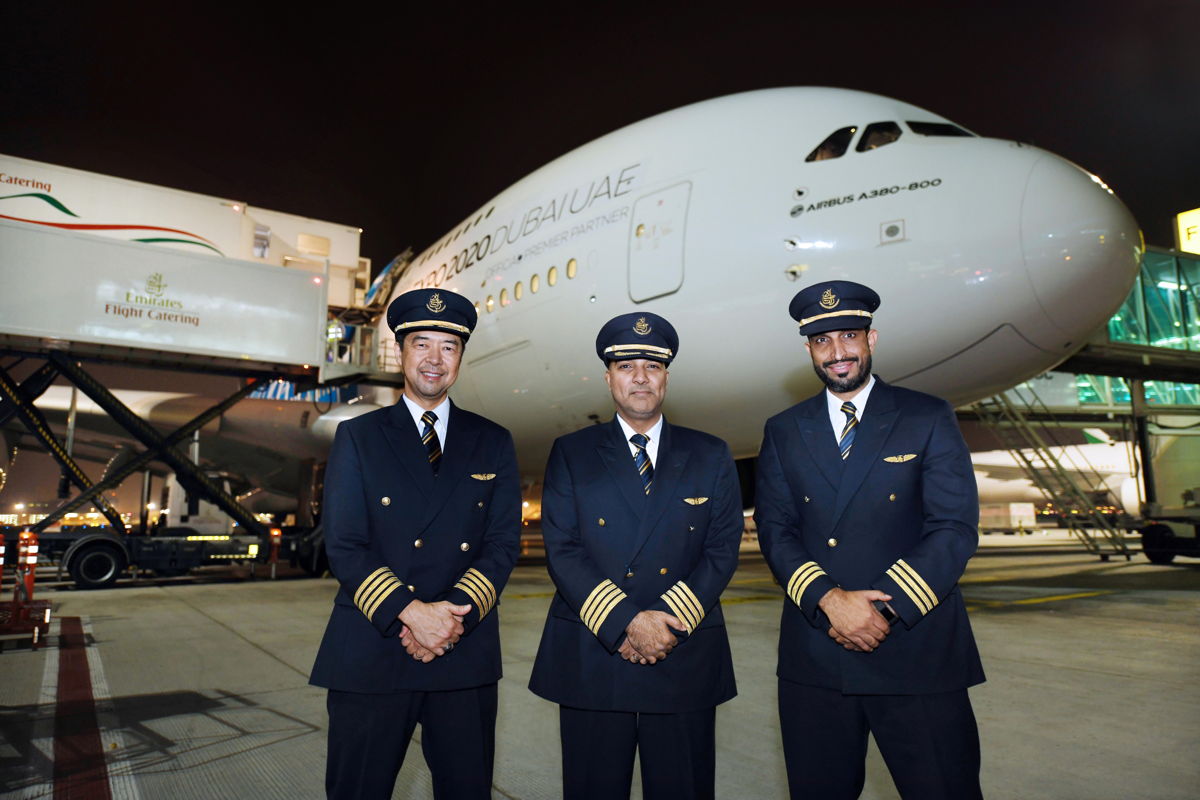 Emirates launches new scheduled A380 services to Hamburg and Osaka

DUBAI, U.A.E., 2018-Nov-02 — /Travel PR News/ — Emirates has expanded the network of destinations served by its flagship A380 aircraft with the launch of new scheduled A380 services to Hamburg and Osaka this week.The inaugural A380 service from Dubai to Osaka landed on October 28 at 16:55 local time while the second A380 service launch from Dubai to Hamburg landed at 12:55 local time on 29 October. Both aircraft were greeted by traditional water cannon salutes, and VIP delegations from Dubai, Hamburg and Osaka, including Emirates executives, VIP guests, media and industry partners, attended ceremonies in the arrival airports.

For Emirates, the A380 inaugural flight to Hamburg was a special celebratory event, marking the homecoming of the aircraft to the city where it was manufactured and fitted out. To celebrate the launch, Emirates’ chefs created a special menu allowing passengers to have a taste of the region in flight and enjoy specialty German dishes. As with all Emirates flights to Japan, passengers on board the inaugural flight enjoyed Japanese – inspired cuisine, including traditional Kaiseki menus and specially-designed bento boxes. On arrival at Kansai International Airport, flight EK316 was received with a warm welcome and both its operating crew and airport staff greeted each other by exchanging a traditional Japanese bow.

Emirates has grown demand for its services on both routes and together with the increasing popularity of the Emirates A380 experience among customers, the airline made the decision to deploy its A380 aircraft to both Osaka and Hamburg. With 105 A380s in its fleet, Emirates operates this popular aircraft to the most number of global cities of any airline. Osaka became Emirates’ 49th global A380 destination while its long-time friendship city Hamburg joined the A380 network as the airline’s 50th A380 destination.

Flights to Osaka’s Kansai International Airport were introduced as a daily service in April 2004 and Emirates has since transported nearly 2.6 million passengers between Osaka and Emirates’ Dubai hub. With the A380 now serving the route, Osaka joins Tokyo’s Narita as another of Japan’s airport gateways operated by Emirates’ A380 aircraft. Emirates is now operating all German gateways with its A380 fleet, including Frankfurt, Munich and Dusseldorf  in addition to Hamburg, making Germany the most served European country by the Emirates A380 after the UK. Emirates started operating daily Hamburg flights in March 2006 and introduced a second daily service from September 2011.

“We are finally bringing our flagship aircraft ‘home’ as all our A380s are being fitted at Airbus in Hamburg. We are the first airline to offer scheduled A380 services into Hamburg and we are proud to operate the A380 on flights to all German gateways. This year marks the tenth year of Emirates’ A380 operations. This aircraft has become the most recognisable and admired ones in the world, loved by over 105 million passengers that have experienced the Emirates A380 to date and sets the benchmark for travel comfort in commercial flying,” says Thierry Antinori, Emirates’ Executive Vice President and Chief Commercial Officer.

“Adding Osaka to our growing list of A380 destination cities allows us to provide our customers in Japan with the best-in-class onboard product and innovative offering that the aircraft offers – this is a great achievement for us. Osaka is a significant gateway for Emirates in Japan and this capacity increase allows us to extend our A380 service to passengers who appreciate an unrivalled travel experience. Features such as the generous space and legroom in economy class, Onboard Lounge for First and Business Class, showers in First Class as well as our award-winning in-flight entertainment system across all cabins make travelling on this aircraft a sought-after experience. Our customers also enjoy the personalised service we have created including the authentic Japanese dining experience with Japanese cabin crew on all flights to make our customers feel at home. Travellers from the Kansai region will now find it even easier to seamlessly connect to more than 155 destinations worldwide through our hub in Dubai.”

For travellers from Hamburg, flights will have a total of 517 seats in a three-class configuration, with 427 spacious seats in Economy on the main deck, 76 fully flat-bed seats in Business and 14 First Class Private Suites on the upper deck. EK061 will depart from Dubai every day at 15:00hrs and arrive in Hamburg (HAM) at 19:05 hrs. The return flight, EK062, is scheduled to depart Hamburg at 21:00 hrs and lands in Dubai at 06:20hrs the next morning (all times are local). In addition to the flight operated by the A380, the additional daily flights EK059/EK060 between Dubai and Hamburg will serve the route, operated by a Boeing 777-300ER aircraft.