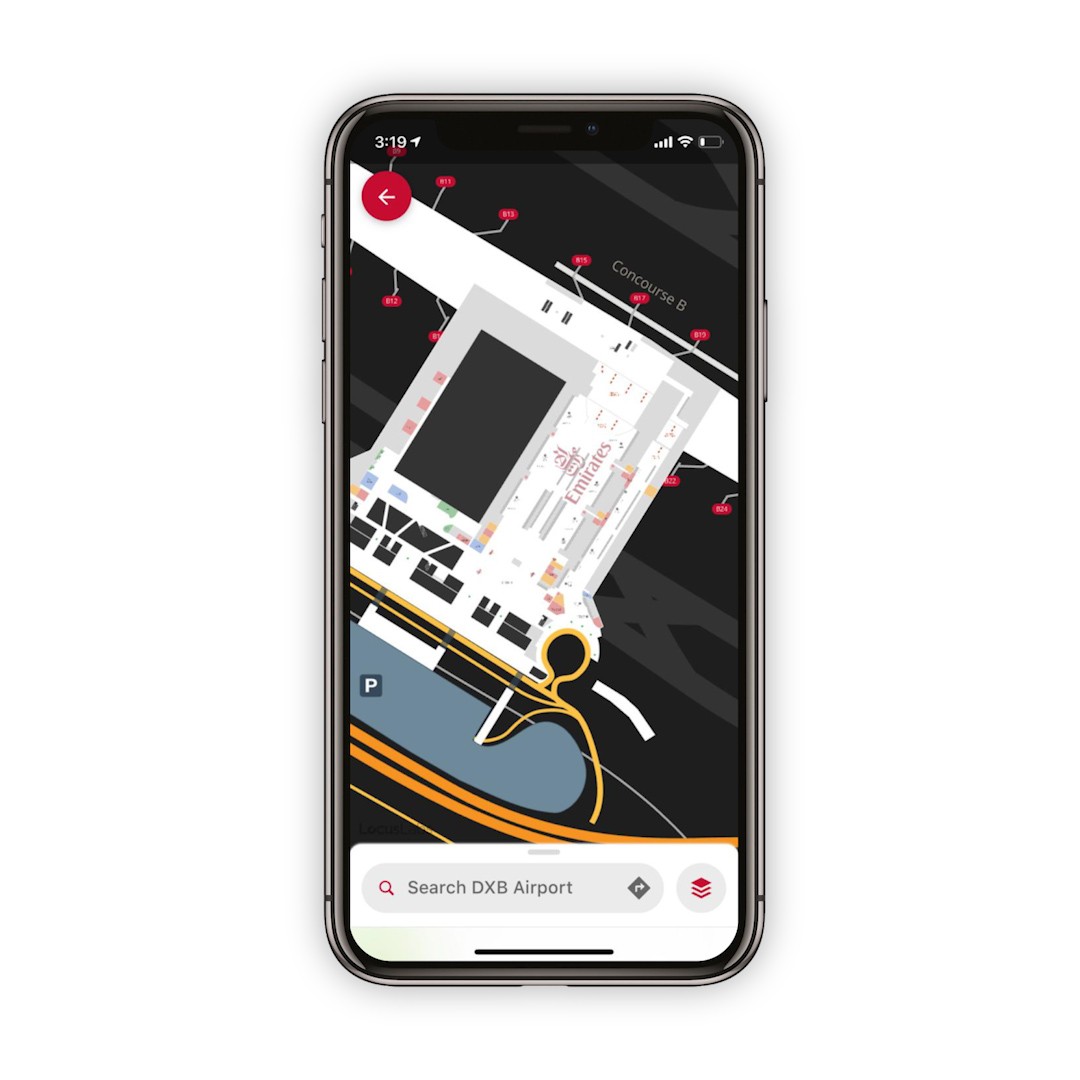 Dubai, UAE, 2019-Nov-13 — /Travel PR News/ — Emirates has launched a new feature on its app called Airport maps which will allow customers to navigate seamlessly through the airport. The Airport maps can detect the user’s location (via Bluetooth and wifi) and provide point to point navigation through all touchpoints of the airport including check-in desks, Emirates lounges, shops, restaurants or ATMs in the airport.

The Emirates app, supported in 19 languages, currently has 1.5 million active users each month and allows customers to search, book and manage their flights as well as their Emirates Skywards accounts.

90 million passengers transit through Dubai international Airport each year and the wayfinding technology was introduced to provide convenience and a world class customer experience at every touchpoint of the Emirates journey.

In the last year, the Emirates app was enhanced with new technology allowing customers to create bespoke playlists of their inflight entertainment ahead of their travels and sync it to their seats once on board, providing a world-class travel experience.

Last year, Emirates introduced 3D seat models, becoming the first airline to introduce web virtual reality (VR) technology on its digital platform. The 3D seat model is a visualisation engine that displays an immersive 3D 360 degree view of the interior of the Emirates A380 and all the Emirates B777 aircraft types.

The Emirates app is free to download on iOS or Android devices.