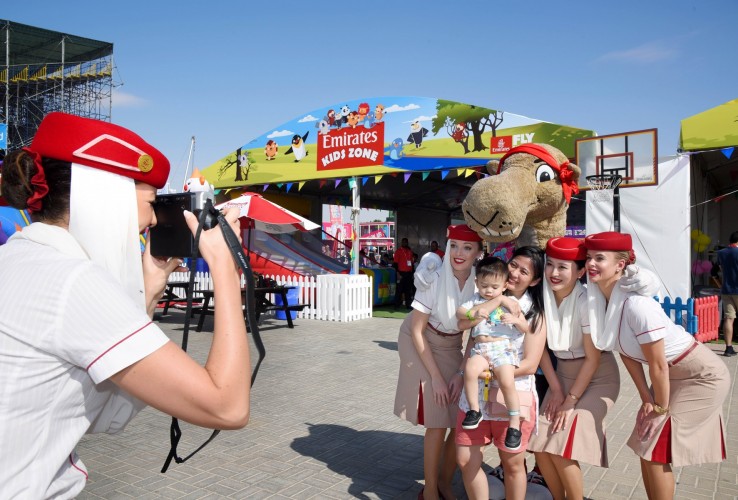 DUBAI, UAE, 2019-Dec-10 — /Travel PR News/ — Emirates has wrapped up the milestone 50th edition of the Emirates Airline Dubai Rugby Sevens which came to a climactic close after three action-packed days of rugby, entertainment and music.

With over 100,000 fans in attendance, the highlight of the weekend was the two Emirates A380 flypasts over the Sevens Stadium, helping to seal the 50th anniversary celebrations and creating memorable moments for fans at the pitch and across the grounds. International pop-star Kylie Minogue also created an amazing atmosphere for fans with an exhilarating performance on Friday night.

Emirates was at the heart of the celebrations, providing unique experiences for over 1,000 guests at its retro-themed hospitality chalet. At the Rugby village, the Emirates Kids Zone was a hit and over 2,000 toys and keepsake photos were distributed by Emirates Cabin Crew throughout the tournament.

Emirates Everyday, the newly-launched location based app that gives Skywards members the ability to earn Skywards Miles, awarded 10 winners with close to 100,000 Skywards Miles throughout the three day event, along with other prizes.

Emirates has been supporting the game of rugby since 1987, when the airline became the Dubai Rugby Sevens event’s Official Sponsor. Since then, Emirates has been growing the sport of rugby to connect with customers and fans in the UAE.