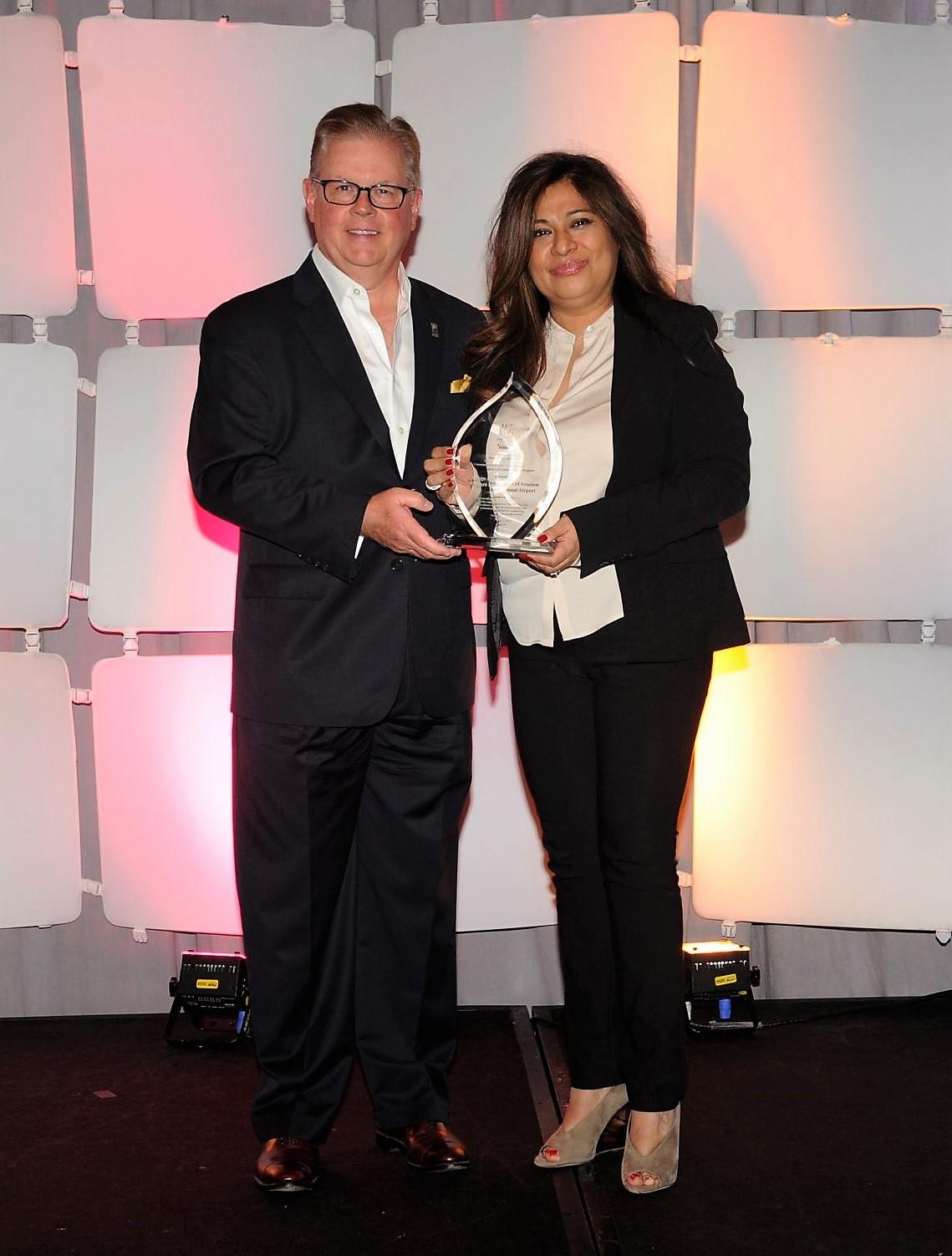 Deputy Commissioner Castalia Serna accepted the award on behalf of CDA during ACI-NA’s Annual Marketing and Communications (MarCom) conference for Airports in Miami, Florida on November 7, 2019.

The Peggy G. Hereford Award is given to the airport that receives the most first-place wins and honorable mentions across all categories. It honors creativity, effectiveness in reaching audiences with a message, and the overall scope of an airport’s effort in marketing and public relations. Its goal is to spotlight the commitment and dedication of the contest’s most decorated team each year that— in its own way— is the best that the industry has to offer. To be eligible for the Peggy G. Hereford Award, an airport must submit entries in at least three categories. ACI-NA received more than 300 entries across a total of 19 categories from airports across the continent.

“Our industry’s ability to tell the dynamic and compelling story of airports is extremely important to helping us advance as an industry,” said ACI-NA President and CEO Kevin M. Burke. “Airports like O’Hare and Midway are going above and beyond in connecting with their passengers and amplifying their message about the airport’s essential role in their local communities. ACI-NA is delighted to applaud the innovative work and the talented individuals who are telling our industry’s story.”

“On behalf of Mayor Lori Lightfoot, we are truly honored that ACI-NA has recognized the Chicago Department of Aviation and our hardworking staff here in connecting with our city’s 77 neighborhoods,” said CDA Commissioner Jamie L. Rhee. “We appreciate ACI-NA’s continuing support in helping us and our airline partners make Chicago’s airports the best-connected in the United States.”

The majority of CDA’s awards celebrated the Architect Campaign that took place in January 2019. The City of Chicago has been offered a “once in a lifetime opportunity” to reimagine O’Hare. The campaign reached out to the public to provide feedback on the five shortlisted architect teams competing to design the new Global Terminal, the centerpiece of what will be the biggest expansion in the airport’s history. Models were displayed at the Chicago Architect Center and an interactive exhibit was installed at O’Hare Airport.

The City of Chicago and the CDA invited travelers and residents alike to share their opinions and votes by viewing the models at the Chicago Architecture Center, by visiting the interactive exhibit at O’Hare, and viewing them here. at www.VoteORD21.com.