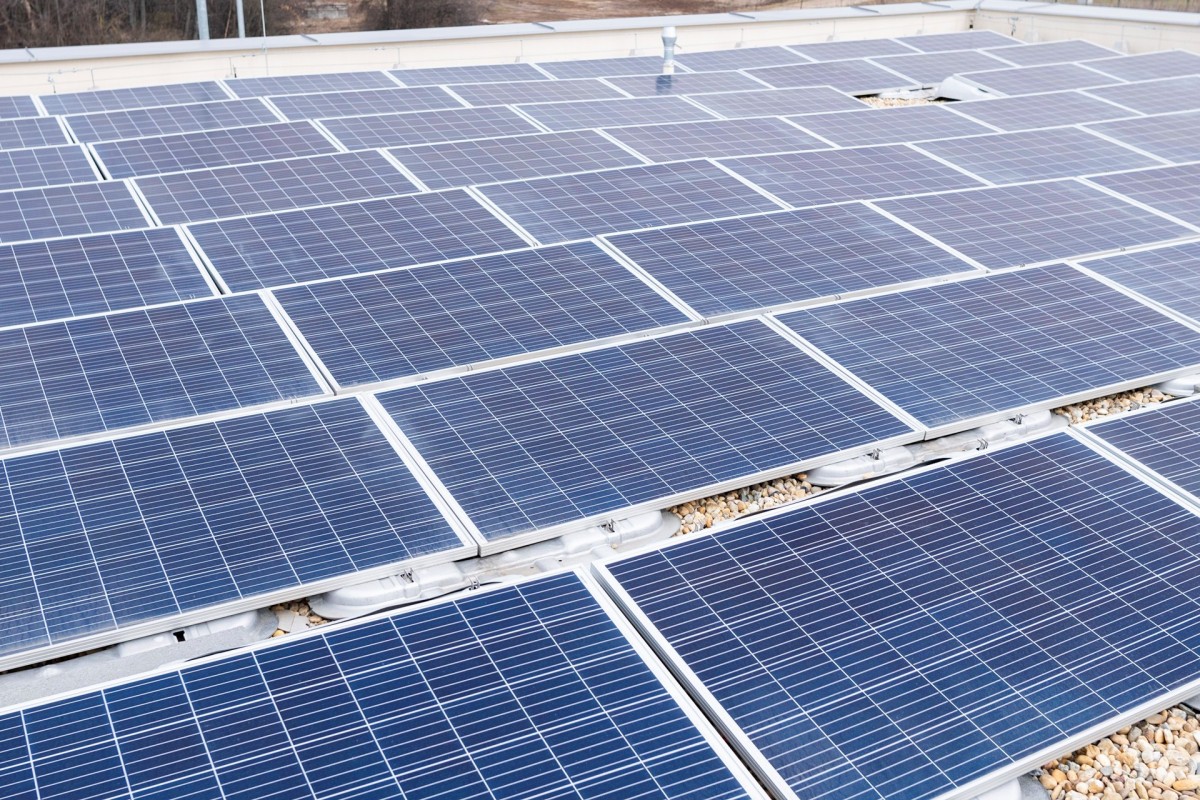 Budapest Airport progresses on its way towards carbon neutral operations

Budapest, Hungary, 2022-Jan-26 — /Travel PR News/ — In 2021, Budapest Airport once again took huge steps to maintain its carbon neutral operations and achieve its sustainability goals. Last year, the company further reduced its direct carbon dioxide emissions, which are now half the level of ten years ago, while emissions per passenger were only one third of 2011 levels. In 2021, Budapest Airport set itself the primary goal of achieving net zero emissions 15 years earlier than the previously commitment, by 2035 at the latest, through the so-called zero carbon roadmap. Last year, the airport operator was again part of the global elite club of just 58 airports that fulfill airport carbon accreditation 3+ and are carbon neutral, i.e. fully offsetting the carbon emissions generated by their operations. A green summary of 2021 for Ferenc Liszt International Airport.

As the airport operator is committed to sustainable growth and environmental protection, in 2019 it officially joined ACI’s “NetZero by 2050” initiative, a commitment to achieve net zero carbon emissions from its operations by 2050 at the latest. However, Budapest Airport announced last October that with the help of its net emissions reductions scheme, it is working hard to reduce its net emissions to zero up to 15 years ahead of the current deadline of 2050, by 2035. The airport operator has taken significant and real steps to reduce its carbon footprint over the past year, with direct carbon emissions from the airport now only half of what they were ten years ago. With this commitment, Budapest Airport aims to become the first airport in the region to achieve net zero carbon emissions, setting an example for other European airport operators.

However, Budapest Airport is able to most effectively reduce the environmental impact of the airport when it works in cooperation with its airport partners. It therefore launched its Greenairport program in 2015. The aim of the 40 partners participating in the initiative is for the airport and the organizations operating there to work together and help each other reduce their carbon footprint and the general impact of their operations on the environment. The main aim of the program is to reduce the airport’s carbon footprint, by reducing energy use, creating opportunities for renewable energy, developing electric mobility, reducing water consumption, phasing out single-use plastics, and encouraging selective waste collection and waste reduction at the airport.

Budapest Airport was awarded ACI carbon neutral certification for the fourth time last year, continuing to be one of 58 airports in the world that operate in a responsible and environmentally friendly manner, fully offsetting the carbon emissions generated by their operations. Airport carbon accreditation, launched by Airports Council International, is the only institutionally endorsed, global program that assesses the carbon emissions of the world’s airports, through a six-tier certification scheme.

According to last year’s assessment, only 58 airports globally are carbon neutral, like Ferenc Liszt International Airport; they are the ones that currently meet the stringent requirements specified by ACI for level 3+. This means that, thanks to its consistent environmental strategy, the company is working with its airport partners to reduce emissions from its operations as much as possible and neutralizes the remaining emissions, by purchasing carbon credits. Budapest Airport is committed to achieve level 4+, thanks to efforts to be implemented in the next few years, placing it amongst the global leaders of the world’s airports in terms of sustainable operation and emissions reduction. Only 14 airports in the world currently meet the requirements for the highest levels, 4 and 4+, set in 2020.

Last year, Budapest Airport concluded its first ESG-based financing agreement, i.e. one that is responsible from an environmental, social and corporate governance perspective, which is unique among airports not only in the region, but also in Europe. Eligibility for ESG financial products highlights the company’s commitment to sustainability, as well as other socially relevant issues, in its day-to-day operations. ESG-linked instruments can provide benefits in the form of lower financial costs (or “greenium”) for organizations that achieve ambitious ESG goals.

As part of the agreement, Budapest Airport committed, amongst other things, to meeting its full electricity needs entirely from renewable sources, to develop a solar power plant with a minimum capacity of 5 MW and to install at least 100 new electric charging stations at the airport. Secondly, in the financing agreement, the airport committed to achieve ACI’s highest level of carbon neutrality, 4+, by the end of 2023. The airport operator is constantly working to explore new opportunities to even further improve corporate social responsibility, in order to make sustainable decisions during its operation and financing.

Budapest Airport keeping the area around the airport clean

The vicinity of Ferenc Liszt International Airport, in the area belonging to Budapest, Ecser and Vecsés, includes a number of locations that are frequented by large numbers of people for recreational activities, be it sports, dog walking, spotter activities, or just a pleasant afternoon outdoors. Last year, however, these public spaces were often used for illegal waste dumping by unknown persons. Budapest Airport therefore joined the initiative of the Ministry for Innovation and Technology and the Public Benefit Non-profit Limited Company for the Development of Industry to eliminate the illegal dumping of waste in public areas. The company used the approximately 13 million HUF of funding awarded under the “Clean up the country!” tender to install barriers, cameras and wildlife cameras in the affected areas around the airport and to remove more than 633 cubic meters of illegally dumped waste from areas outside the fence. Thanks to the cameras, the dumping of waste has virtually ceased in recent months, and the area is once again clean for those who would like to spend their leisure time there.

Developments in line with sustainability objectives

The airport operator implemented a number of developments in 2021 with sustainability objectives in mind, all of which support the reduction of the airport’s carbon footprint.

Amongst other projects, the heating center of the airport was modernized; by applying heat insulation to more than 2500 fittings providing heating for office, warehouse and hangar buildings, the airport saves 170 000 cubic meters of natural gas and 340 tons of carbon dioxide emissions a year, also significantly reducing environmental burdens.

Budapest Airport also supports the reduction of environmental impacts by developing e-mobility and encouraging the use of electric vehicles, both inside and outside the airport fence. 76 ground handling vehicles, as well as 10 fleet and manager cars were recently replaced with electric or hybrid models upon the operator’s initiative, saving 140 000 liters of fuel and 350 tons of carbon dioxide a year in total. Budapest Airport has installed 42 electric vehicle chargers so far, and, in addition to improving public transport, it has constructed a bicycle road to the terminal. In December 2021, the government included Budapest Airport in the list of projects to be financed by the Connecting Europe Facility for a major development of its electric charging infrastructure, whereby it will install an additional 165 e-charging stations for ground handlers, airport staff and business vehicles, from a budget of 1.3 billion HUF.

The airport operator purchased 840 MWh of green energy in 2021, which is equivalent to the monthly electricity consumption of 3500 households of four people. The airport also recently procured additional, larger amounts of green electricity, by which it will ensure that 65% of its 2022 power demand is supplied from renewable sources, while from 2023 onwards, all electricity consumed on the territory of Budapest Airport will be from renewable sources.

Sustainability criteria are now a standard requirement for all airport developments. Budapest Airport is also currently working hard on important new developments, including the temporary reopening of Terminal 1 and the new Terminal 3, to serve the expected future growth in passenger numbers and to provide even better service quality for its passengers. In addition to these major developments, several new investments were completed in 2021: the airport’s new Main Gate (where roof-mounted solar panels provide part of the building’s electricity needs), the turbo roundabout in front of Terminal 2, the new airport bicycle path and Pier 1, all of which, together with several smaller improvements, were built with sustainability in mind, taking into account environmental considerations in terms of materials, energy use and traffic optimization.

In line with its sustainability goals of zero carbon emissions, energy efficiency and transport developments, Budapest Airport also joined the STARGATE consortium in 2021, as part of which it undertook, amongst other things, to develop and put in place a cloud-based, paper-free air cargo handling system. The project, led by Brussels Airport, has secured nearly 25 million euros of support from the European Commission, within the framework of the Green Deal program.