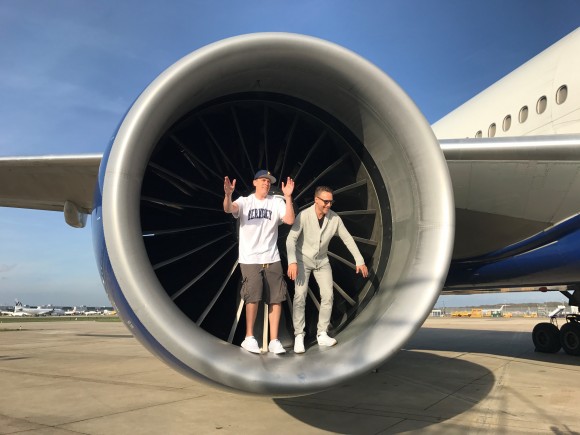 To mark the start of their new US route to Oakland, San Francisco Bay, British Airways has teamed up with YouTube star DJ Dave Wittman, a Berkeley-born, native Californian and social media sensation who has been posing this question on his channel since 2011. Dave has created a number of videos comparing the destination with other cool US cities, including New York and LA.

Oakland is the airline’s first route from Gatwick to California and its fifth service from London to the ‘golden state’ and fares start from £210 each way.

In his latest video, Dave, whose Whole Foods Parking Lot parody has been viewed more than 5.9 million times, is challenged to a rap battle with Londoner and old friend Tom. Tom tells Dave to come to London and is seen roaming around some of the capitals most popular hotspot including; Borough Market, Camden Lock, Abbey Road Studios, The London Eye and Oxford Circus.

DJ Dave, who grew up in the San Francisco East Bay in Berkeley, just north of neighbouring Oakland, said: “Oakland, Berkeley and London are all such cool cities so I wanted to bring all three together when creating this video. Live music, especially jazz really thrives in Berkeley and it’s such a culturally vibrant and exciting place. It’s also just a 20 minute car ride from central San Francisco. I’ve been looking forward to taking my family on a trip to the UK for a while and now there’s a direct flight from Oakland to London it’s easier than ever.”

Bryant L. Francis, Director of Aviation for the Port of Oakland, said: “Our tourism partners in the San Francisco East Bay and Wine Country have stepped up to promote BA’s service at Oakland Airport. Visit Oakland has executed an exciting campaign focused on UK tour operators and Visit Berkeley, in particular, has joined forces with us to develop this fun and informative edition of DJ Dave’s popular “Berkeley Enough” series of music videos distributed on social media.

”We think viewers on both sides of the Atlantic will enjoy it and answer the call to decide for themselves if London is Berkeley enough, and vice versa, by taking the new flight between Oakland and London-Gatwick on British Airways.”

For those who are ‘Berkeley enough’ British Airways Holidays has the following packages on offer:

For more information or to book a flight or holiday, please visit ba.com