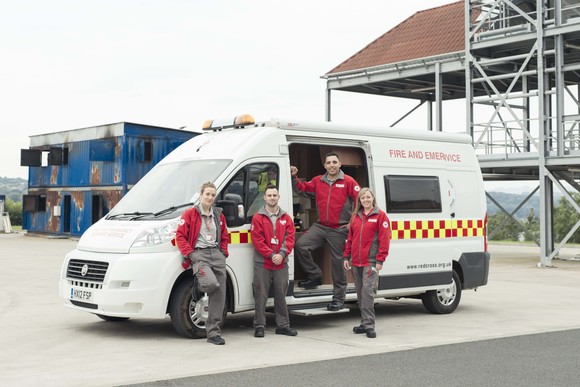 LONDON, UK, 2019-Nov-15 — /Travel PR News/ — British Airways has today (November 13, 2019), on World Kindness Day, announced its partnership with the British Red Cross to support communities in crisis. The airline and the humanitarian charity will work together over the next year to show how kindness has the power to save lives.

Experiencing a house fire, flood or a similar distressing situation can have a major impact on people’s lives, and the practical and emotional assistance offered by the British Red Cross can be a vital lifeline, offering immediate care. The charity’s volunteers and staff are out in force helping those worst affected by the floods in Yorkshire and the Midlands this week.

Investment from British Airways will help ensure the British Red Cross can continue to recruit, train and support its staff and volunteers to offer its vital day-to-day emergency services in communities across the UK. The service helps people in crisis cope and recover by setting up rest centres for families affected, offering water, food, emergency shelter and necessities, as well as emotional support.

As part of the new partnership, British Airways will encourage its employees to undertake their own acts of kindness, including signing up to become a British Red Cross volunteer, supporting the charity to provide practical help to their local communities when emergency strikes.

To understand the training and skills required to provide this aid, British Airways visited a crisis simulation event in Cardiff where volunteers from across South Wales gathered to train in preparation for a real-life fire incident.  An emergency can happen at any time, and British Red Cross volunteers need to be ready to be travel immediately to anywhere in the UK if needed.

To support the organisation’s international operations, the airline will also provide travel assistance for emergency relief workers. This helps ensure the charity can respond quickly and effectively to global emergencies. The airline will also offer support to the British Red Cross family reunification programme, which provides a safe and legal way for refugee families who have been torn apart by war and persecution to reunite, and tries to prevent dangerous journeys across oceans and continents to Europe and the UK.

By supporting the charity’s crisis response work, British Airways will be playing a key role in making sure people and local communities around the UK feel safe and supported, no matter the crisis.”

Simon Lewis, Head of UK Crisis Response from the British Red Cross said: “We respond to a UK emergency every four hours and through this partnership we can continue to help support people in the UK and around the world if crisis strikes. From supporting our projects such as our national network of community reserve volunteers, who can be called upon to help in a crisis in their community, and getting British Airways staff involved in volunteering and other opportunities, we’ve got lots planned together in the coming months.”

Find out more about the partnership at www.redcross.org.uk/british-airways

·       The British Red Cross helps people in crisis, whoever and wherever they are. The organisation is part of a global voluntary network, responding to conflicts, natural disasters and individual emergencies. It enables vulnerable people in the UK and overseas to prepare for and withstand emergencies in their own communities. And when the crisis is over, they help them to recover and move on with their lives. www.redcross.org.uk

·       The British Red Cross has a network of 3,000 trained staff and volunteers across the UK