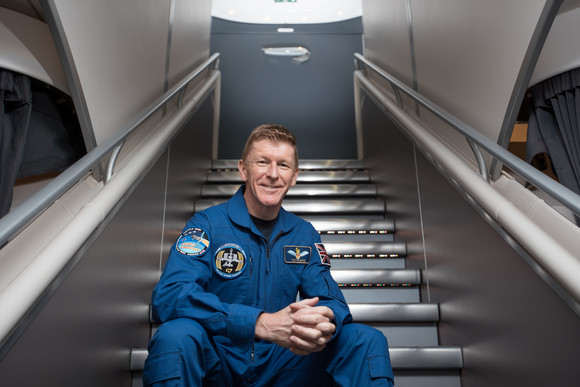 LONDON, UK, 2019-Dec-11 — /Travel PR News/ — As the world prepares to return to the Moon, British Airways is partnering with British Astronaut Tim Peake and former space pioneers to bring a live show to London in May 2020. Tickets are on sale to an exclusive Legends of Apollo showing in May 2020.

Ahead of the show, the airline will be flying three legendary figures who had pivotal roles in NASA’s human spaceflight programme from Houston to London Heathrow. Appearing on stage will be; former Flight Director for all Apollo Manned Missions and former Director of NASA’s Johnson Space Centre, Gerry Griffin, Apollo 13 Astronaut and Lunar Module Pilot, Fred Haise, and one of only 12 people to walk on the Moon, Apollo 16 Astronaut, Charlie Duke.

British Airways presents Legends of Apollo will run on May 30 and 31, 2020 at London’s TROXY Theatre. The live experience will present the stories of America’s historic human spaceflight programme, the Moon landings and will explore the game-changing efforts to return humans to the lunar surface of the Moon and beyond to Mars. Each show will feature videos of mission footage presented with state-of-the-art, high-definition theatrical screens, lighting and sound elements.

Tim Peake, who will be presenting the show, said: “Through this partnership we want to inspire the next generation of space enthusiasts. The entire Apollo programme and its historic achievements were nothing short of remarkable and something that the entire world took pride in and celebrated. I’m looking forward to seeing the legends again and hearing their heroic stories.”

Captain Al Bridger, British Airways’ Director of Flight Operations, said: “We are honoured to be flying these Apollo legends and helping bring this show to the UK.  We want to honour the past and look ahead to the future of space exploration. Through events like this we are aiming to inspire and excite young people to pursue STEM subjects at school and consider careers in aviation.”

British Airways customers will have early access to tickets from today, before general release via Ticketmaster on Monday, December 16, 2019. Tickets start from £89.50 and to purchase click here. Executive Club Members will also get five per cent off the ticket price.

Committed to inspiring the next generation, the Legends of Apollo have selected the Conrad Foundation as its education charity where a percentage of the revenue will be given to support and grow student engagement in aerospace.