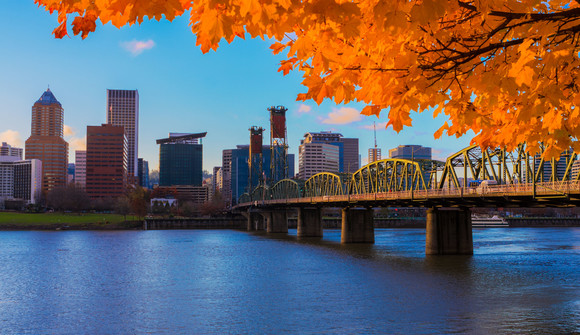 British Airways launches year round direct flight from the UK to Portland, Oregon

LONDON, UK, 2019-Dec-20 — /Travel PR News/ — British Airways will soon become the first airline to offer a year round direct flight from the UK to Portland, Oregon. From June 1, 2020, the airline will launch a five-per-week service to the city from Heathrow Terminal 5.

The new route will take the number of US destinations the airline flies to from London up to 27, and the number of daily flights offered by British Airways and American Airlines as part of their transatlantic joint business up to 86 per day.*

Flights to Portland will depart on Monday, Wednesday, Friday, Saturday and Sunday and the route will be operated by one of British Airways’ newest aircraft, the Boeing 787 Dreamliner. Return fares will start from £459 in World Traveller, £758 in World Traveller Plus and £1399 in Club World and are available to book now on ba.com.

Neil Chernoff, British Airways’ Director of Networks and Alliances said: “Portland will be a fantastic addition to our route map. As a major technology and innovation hub the city is drawing ever-increasing numbers of international visitors. Since 2015 we’ve launched routes to Pittsburgh, Charleston, Nashville, New Orleans and San Jose, and this is key to our joint business strategy which is growing across North America. We’re confident the route will be warmly welcomed by both business and leisure travellers.”

In addition to its acclaimed international food scene, Portland is home to a thriving festival, craft beer and music culture, as well as a vast range of outdoor activities from paddle boarding to year-round skiing, thanks to its two rivers and nearby Mount Hood. Portland is also consistently ranked as one of the most livable cities in the US, with more than 1,200 technology companies based in the metropolitan region.

British Airways launched 16 new routes across the globe in 2019, its centenary year, including direct flights to Pittsburgh and Charleston in the USA. These new routes come as the airline rolls out a £6.5 billion, five-year customer investment plan, with a focus on excellence in the premium cabins and more choice and quality for all its customers.

As well as the joint business with American Airlines, customers will be able to also benefit from British Airways’ enhanced network and relationship with Alaska Airlines to provide seamless travel and mileage earning opportunities beyond Portland.

Customers can choose to cut the cost of flights by using Avios part payment. They can pick from a range of savings by destination and cabin. Customers making the most of this are still able to collect Avios and Tier Points on their bookings. Terms and conditions apply.